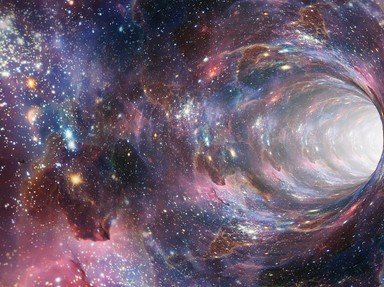 If you are over 35 and under 135, you might remember some of these classic television shows! I know; I'm older than dust, but if you are ALMOST that old, you'll have a great time with this quiz! Have a great old (no pun intended) time!

The opening intro to this short-lived television program went this way:

"All but one man died...There at Bitter Creek...and they say he ran away.
Branded! Marked with a coward's shame.
What do you do when you're branded, will you fight for your name?
He was innocent... not a charge was true... but the world would never know.
Branded! Scorned as the one who ran.
What do you do when you're branded, and you know you're a man?
Wherever you go for the rest of your life you must prove... you're a man."

"Branded" aired on NBC on Sunday nights at 8:30, during the 1965-66 season. The premise of the show was that an Army Captain, Jason McCord, had acted in a cowardly manner and was thus "drummed out" of the Army. While the charges were false, the branding remained, and for the duration of the program, he was required to prove himself as he traveled in the West.
2. Okay, for this one, I'm going to name some of the less well-known characters of the show and I'll expect you to come up with the name of the television program. Ready? Here goes: Baby Puss, Hoppy, Arnold, Pearl Slaghoople, Perry Masonry. Hope that's enough clues. Now, name that show!

"The Flintsones" was originally called "The Flagstones" and was broadcast from September 30, 1960 to April 1, 1966 on ABC. Later, a working title of "The Gladstones" was tried, but that ultimately gave way to the title that we all know them by now.

Fred and Wilma also had a son... What?!
Yep. At least for a little while, until Fred, Jr. was simply deleted from the script, and the couple was then childless until Pebbles was born.

Baby Puss was the snaggle-toothed tiger who threw Fred out of the house at the end of each episode; Hoppy was the kangaroo. The other characters were people on the show, with Arnold being the paper boy.
3. Think Western television shows. I say, "Wishbone". To correctly identify this Western program, you say what?

"Rawhide" it is! Paul Brinegar played the part of Wishbone, the cook on the popular Western series.

I got into an argument with a friend of mine (a MUCH older friend, mind you) and he insisted that "Rawhide" was the correct answer. I looked it up, and guess what? I was wrong. (See, I'm not really old enough to remember all these things. I just guessed.)

Well in case you, like me, also thought it was "Wagon Train", you can depend on my research. Frank McGrath played the role of Charlie Wooster, the cook, on that program. (Surprise me!)
4. They came from the fictional town of Smokey Corners, West Virginia. They settled in Californ-i-a. Their names were Luke, Kate, Hassie, Little Luke and Amos. Let's not forget; Pepino became a "Real McCoy" too! Who played the role of Grandpa Amos McCoy?

Walter Brennan was a multi-talented actor. Early in life, he left his home in Massachusetts to join the U.S. Army, serving in France during WWI. After the war was over, he moved to Guatemala and raised pineapples, then he later moved to California and sold real estate until the market went bust during the Great Depression era.

He began taking bit parts in film and television short features until his talents were recognized and his career became established. He was the first actor to win three Academy Awards AND three Best Supporting Actor awards!

On "The Real McCoys", Walter Brennan (Grandpa) often had opportunity to share his conservative viewpoints, sometimes humorously and sometimes with a touch of poignancy. He was the undisputed leader of the family, and even though he sometimes made errors in judgment, he rarely missed an opportunity to set things right, within the confines of the thirty-minute show.
5. A horse is a horse; of course, of course. Of course, Mr. Ed had an owner. What was this inept, bumbling, yet likable architect's name?

Wilbur Post and his wife, Carol, were the proud owners of the "talking" horse, Mr. Ed. The palomino would ONLY talk to Wilbur, and much of the program's humor stemmed from that fact. Mr. Ed could also be a bit of a troublemaker, leaving Wilbur to explain things to incredulous neighbors, friends, and even his wife (which also added to the humor at times). The show's concept was quite similar to a previously broadcast movie, "Francis, The Talking Mule".

A man who was never credited on the program, Allan "Rocky" Lane provided the speaking voice for Mr. Ed, but Sheldon Allman provided the singing voice for him. In the theme song, however, Jay Livingston provided Mr. Ed's line.
(Mr. Ed's real name was "Bamboo Harvester".)
6. "Leave It To Beaver" was a late '50s/early '60s sitcom that featured the Cleaver family, especially Theodore (the Beaver). One of his brother, Wally's friends, was a character named Lumpy. What was Lumpy's "real" name? (In other words, his character's name)

The character of Clarence "Lumpy" Rutherford was played by Frank Bank for the duration of the television program's run, 1957-1963.
Frank passed away on April 13, 2013, just one day after his seventy-first birthday.
7. Diahann Carroll starred on "Julia", which aired from 1968 until 1971. Notable for being one of the very first television shows to NOT present a black person in a stereotypical role, Julia Baker was a nurse, raising her son alone after his father had been killed in Vietnam, according to the story line. Marc Copage played the role of her son, but what was his character's name?

Corey Baker was the role played by Marc Copage on "Julia". While the series is probably best remembered as being one of the first television shows to cast a black character in a non-stereotypical role (such as a maid or a buffoon), at the time that it appeared on the screen, some denounced it as being too "white" or too "cliche" (with the lack of a black male adult figure), while others said it was simply too unrealistic.

Marc Copage once commented that Diahann Carroll was the closest thing he had to a mother, since his birth mom had left him and his dad early in his life. Marc was five years old when he won the audition for the show, which earned him a weekly salary of $450.00; a tidy sum for such a small kid!
8. The Blue Network; one of the NBC networks, and Chevron Corporation. What famous radio and television iconic figure do they and the "Texaco Star Theater" have in common?

Okay, let's get started figuring out how Milton Berle and NBC's Blue Network are linked. Then we'll see how Texaco and Chevron figure into the mix.

Bear with me here; it gets a lee-eetle complicated.

Eddie Cantor was one of the original stars of radio's "Texaco Town", on NBC's Blue Network, (as opposed to their Red Network of broadcasting).
Later, in 1940, the show was re-titled as "Texaco Star Theatre with Fred Allen" and later still, in 1948, Milton Berle aka "Uncle Miltie" and "Mr. Television" starred as the emcee/host of "Texaco Star Theater".

All right, we've addressed the first part. On to the second...
The program's sponsor, Texaco (TEXAs COmpany) merged with Chevron Corporation in 2000.
9. "There's a holdup in the Bronx, Brooklyn's broken out in fights; There's a traffic jam in Harlem That's backed up to Jackson Heights; There's a scout troop short a child, Khrushchev's due at Idlewild... Car 54, Where Are You?" What were the names of the two main characters who were teamed up in a New York police patrol car in this comedy that ran from 1961-63?

Fred Gwynne later played as Herman on "The Munsters", and Officer Leo Schnauser (Al Lewis), one of the desk sergeants on "Car 54", played the part of Grandpa on the same series.
10. "Tammy" was not only found in the title of three movies, it was a short-lived television series as well, airing from September 1965 until March 1966. Which iconic, grizzled old man-type character co-starred on the show, playing the role of Tammy's (Debbie Watson's) grandfather?

Grandpa Lancelot Tarleton was a role played by Denver Pyle, who occasionally played the role of Briscoe Darling on "The Andy Griffith Show" and later achieved notoriety as Uncle Jesse in "The Dukes of Hazzard".
Source: Author logcrawler 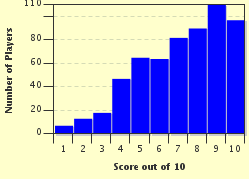