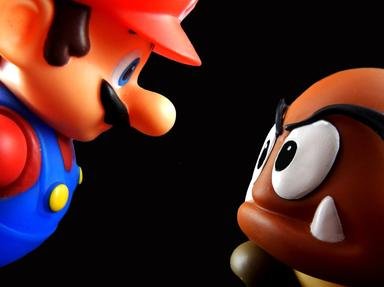 The Nintendo Switch was released in March 2017. This quiz will test your knowledge of some games released in the console's first two years. Good luck!

Share on Facebook
Share on Twitter
Share by E-Mail
Author
Triviaballer
Time
5 mins
Type
Multiple Choice
Quiz #
396,834
Updated
Dec 03 21
# Qns
10
Difficulty
Average
Avg Score
7 / 10
Plays
211
This quiz has 2 formats: you can play it as a or as shown below.
Scroll down to the bottom for the answer key.

Quiz Answer Key and Fun Facts
1. Square Enix developed one of the Nintendo Switch's launch titles that was released in March 2017. What was this role playing game (RPG) set in a land of perpetual winter and sadness where players control Aeterna, Endir and the title character?


Answer: I Am Setsuna

The developer Square Enix is likely best known for its extremely successful "Final Fantasy" series. "I Am Setsuna" borrowed elements from that series such as an active time battle system and utilizing multiple playable characters with upgradable abilities. As Endir the player eventually has to make a difficult choice about both Setsuna's fate and saving the world from demons.
2. The Nintendo Switch's biggest launch title was likely "The Legend of Zelda: Breath of the Wild". In the game the protagonist Link is able to freely explore the world of Hyrule with the help of a new item in the series. What is this streamlined item that allows Link to travel long distances quickly?

The paraglider is obtained early on in the game after Link completes tasks for the 'Old Man'. When using the paraglider Link's stamina will decrease. In addition to facilitating travel, the paraglider can also be strategically used to attack enemies from above. Released in 2017, "The Legend of Zelda: Breath of the Wild" featured series mainstays Link and Zelda fighting the evil Ganon to protect their homeland.
3. The first major fighting game for the Nintendo Switch was a first party release where playable combatants had extendable appendages. What was this 2017 game that featured the characters Ribbon Girl and Spring Man?

"Arms" was a commercial success for Nintendo as it sold more than two million units within its first year. Upon its release "Arms" had 10 playable characters but through downloadable content five additional characters were added. The game allowed up to four local fighters at a time and also featured a Grand Prix and Battle Mode.
4. Possibly the most unique endeavor released on the Nintendo Switch in 2017 was a turn-based tactical game developed and published by Ubisoft. Featuring an iconic Nintendo mascot and characters from the "Rayman" series, what was this crossover title that featured blasters, grenades and a robot named Beep-O?

The game was a critical and commercial success winning the 2017 award for Best Original Game from the Game Critics Awards.
5. The Nintendo Switch's big holiday release in 2017 was "Super Mario Odyssey". In the game Mario is aided by Cappy who transforms into Mario's hat allowing him to obtain the abilities of other characters. Which long-standing enemy in the series can Mario transform into to traverse large gaps in "Super Mario Odyssey"?

Bullet Bills are black missiles that were introduced in 1985 in "Super Mario Bros." In many games in the franchise Bullet Bills travel slowly and in a straight line. In "Super Mario Odyssey" Mario is able to control a Bullet Bill to fly in any direction to areas that are inaccessible otherwise.
6. Platform games have long been a staple on Nintendo consoles. In December 2017 a third-person platform game was released that shared many similarities to the "Banjo-Kazooie" series. What was this game that featured a steadfast chameleon and a snarky bat?

Playing "Yooka-Laylee" it is easy to understand that several members of the development team had actually previously worked on the "Banjo-Kazooie" games on prior consoles. Similar to those games players collect items to upgrade powers for both Yooka (a male chameleon) and Laylee (a female bat).

The game also involves boss battles and solving puzzles to get to the nefarious Capital B of the corporation Hivory Towers.
7. The portability of the Nintendo Switch encouraged many Indie game designers to develop content for the console. Released in 2018 and designed by Matt Thorson, what game featured the character Madeline who used her abilities to scale a mountain while avoiding fatal obstacles?

In spite of its low budget and relatively short development time, "Celeste" was a huge success garnering a Metacritic aggregate review score of 92 with particular praise for its gameplay and story. While running and jumping are the game's main focus, an important tactic called a mid-air dash is also critical to progressing through the game as it allows players to quickly move to a new spot.

This ability can only be used once each jump.
8. In 2018 the Nintendo Switch had several enhanced ports from prior generations that were commercial successes. Which port initially released in 2014 for the Wii U had antagonists called Snowmads that included walruses and penguins?

"Donkey Kong Country: Tropical Freeze" was the fifth main game in the "Donkey Kong Country" series. The game features six worlds in a side-scrolling format with players primarily controlling the gorilla Donkey Kong. After defeating the Snowmads who turned his homeland into a tundra, Donkey Kong Island is restored to its normal green, lush state.
9. In addition to platform games, the Nintendo Switch also had its fair share of Metroidvania type games in its first two years of release. One popular 2018 release in this genre was developed by Team Cherry. What was this game with a nameless, insect-like protagonist in the kingdom of Hallownest?

Similar to many games in its genre, "Hollow Knight" does not have a linear path and there are five different endings available in the game. The titular knight defeats enemies and solves environmental puzzles by using a modified sword. As enemies and bosses are defeated and resources are collected the knight is able to upgrade his abilities and then access parts of the world that were previously unavailable.
10. "Super Smash Bros. Ultimate" was a major release for the Nintendo Switch in December 2018. The game featured a whopping 74 playable characters upon release including 11 new to the series. Which of these new characters utilized a whip and could also throw an axe or holy water at enemies?

Interestingly, when starting "Super Smash Bros. Ultimate" there are only eight playable characters. These are the same eight characters from the first game in the series, "Super Smash Bros.", which was released in 1999. Players like Simon Belmont are unlocked by completing challenges. Simon is a power fighter that has limited mobility but excels in distance combat.
Source: Author Triviaballer

This quiz was reviewed by FunTrivia editor eburge before going online.
Any errors found in FunTrivia content are routinely corrected through our feedback system.
Related Quizzes
This quiz is part of series Commission #56: