This quiz is about the dachshund breed.

Quiz Answer Key and Fun Facts
1. Why are dachshunds prone to back problems?


Answer: Both heredity and anatomical structure

Because of the proportions of the dachshund and in some cases due to heredity, this breed of dog is more likely to suffer from back problems, including disc disease which, depending upon the severity, may or may not be treated with surgery.
2. Many dog owners discuss how particular breeds have particular character traits. What is the predominant character trait of the dachshund?

Every dachshund owner will have a story about how difficult it can be to train and deal with a dachshund's stubborn character. While it makes this breed challenging to train, it is not impossible to train a dachshund as long as the owner is equally strong-willed.
3. Which of the following type of coat is NOT found in dachshunds?

Dachshunds can be found in a variety of coat colors with each coat type, including red, black, dapple, and brown.
4. It is commonly known that dachshunds were originally bred to hunt badgers, but what other animal were dachshunds bred to hunt?

Similar to bloodhounds, once dachshunds catch a scent, it becomes difficult to call them off of it.
7. Dachshunds can be good with children only if they are appropriately socialized.

Dachshunds can be very patient up to a point, when they may correct a child, therefore, it is essential that dachshunds are properly socialized for being around children.
8. It is possible to reduce the risk of back problems for your dachshund.

While there is no way to completely eliminate the possibility of a back injury as many are due to hereditary factors, owners may reduce the risk of non-heredity caused back injury or even delay the onset of back injury through preventing jumping on and off furniture and stairs and by keeping the dog at a healthy weight through appropriate diet and exercise.
9. A dachshund typically has a longer than average life-span when compared to other dogs.

While dachshunds are challenging, they can be trained at all ages.
Source: Author irishdragon7 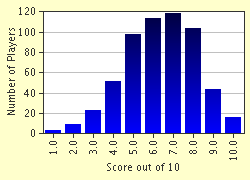 
Other Destinations
Explore Other Quizzes by irishdragon7