The World of Animals [2] Trivia Quiz

Come and take my second quiz about the habitat of wild mammals. I will give you the name of an animal and all you need to do is guess which continent it comes from.

Quiz Answer Key and Fun Facts
1. The sugar glider is known to live on which continent?

These nocturnal creatures with long tail and beady eyes have a thin membrane which can help them glide in the air, very similar to that of a flying squirrel. They eat insects in the summer when they are abundant, but in winter their preferred diet is the sweet sap from plants and trees.
2. From which continent does the bumblebee bat originate?

Another name for the bumblebee bat is the Kitti's hog-nosed bat. Native to Burma and Thailand, it is believed these bats are one of the smallest mammals in the world.
3. On which continent would you find the marmoset swinging from the trees?

This small, tree loving monkey feeds on insects, bird eggs, leaves and berries. Their long tail aids in balance when they swing from tree to tree in the Amazon jungle where they live. Most marmosets are approximately 20cm long and can be identified by their ear tufts and long claws.
4. The dhole can be found roaming which continent?

The wild dog of southern Asia is on the endangered list due to habitat loss, hunting and possibly disease. Living in packs of between three and twelve, or more, they can be distinguished by their thick reddish coat with white under parts.
5. The pine marten (Martes martes) is known to live on which continent?

The pine marten (Martes martes) is native to most parts of Europe and northern Britain. It comes from the same family as stoat, mink, otter and badger. It closely resembles the American marten (Martes americana) apart from having more distinctive markings.
6. On which continent could you find the bush baby?

The bush baby, or galago, is native to Africa. The Afrikaans people call it nagapie, which roughly translates as "little night monkey", because it is a nocturnal creature which resembles a small monkey.
7. A medium sized mammal called the pronghorn comes from which continent?

The pronghorn is a native North American mammal which resembles an antelope. They have two fairly short horns which are branched like prongs, hence their given name.
8. The big eared fennec fox comes from which continent?

These nocturnal sand coloured foxes inhabit the Sahara desert in northern Africa. Their very large ears are used to disperse body heat as well as using to hear underground prey.
9. On which continent would you find the muntjac?

Remains of the muntjac, or barking deer, date back between 15 and 35 million years ago, proving that they are the oldest type of deer. Although their current habitat is native to Asia, there is also a growing population in Britain after a small number escaped from a safari park in 1925.
10. Does the walrus come from the Arctic or Antarctic?

These huge mammals with tusks and whiskers can be located in the Northern Hemisphere, mostly within the Arctic Ocean. Their population started to decline after they were hunted for their blubber and tusks. Another possible concern for their decline is the reduction of sea ice due to climate change as this is what they use as a resting platform to breed.
Source: Author Plodd 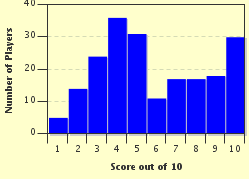 Related Quizzes
1. What Antipodean Animal is This? Average
2. Geo-Zoo - Missing Links by Region Tough
3. Animals at the Pyramid of the Sun Average
4. Know Your North American Carnivores Easier
5. Mammals of the Holy Land Tough
6. More Than Kangaroos & Koalas: The Fauna of Oceania Average
7. Pacific Islands: Two Legs, More or Less Easier
8. Wild in New Guinea Average
9. Surfing the Sand Dunes Average
10. The World of Animals Average
11. It's a Jungle Out There Average
12. Where in the World?? Average