Musicians We Lost in 2011 Trivia Quiz

Sadly we lose many great musicians and singers each year. This quiz deals with some who passed in 2011.

Quiz Answer Key and Fun Facts
1. Which singer worked with The Humblebums, The Fifth Column and Stealer's Wheel before enjoying a solo career in 1978?

In 1978 Gerry Rafferty released his first solo album, "City to City". The album contained the US Number Two hit single "Baker Street". He followed up with "Right Down the Line".
In 1972 Stealer's Wheel achieved chart success with "Stuck in the Middle" but broke up three years later after releasing less successful efforts. Because of legal issues involving Stealer's Wheel, Rafferty was unable to record for three years before releasing "City to City".
Rafferty went on to release two albums in the early nineties and explored the options available through digital recording while releasing albums in 2006 and 2009. He passed from multiple organ failure in January, 2011, at his daughter's home.
Todd Rundgren released "Can We Still Be Friends" in 1978. "Everybody Needs Love" was a Stephen Bishop release the same year. Paul Davis had a 1978 US Top Ten hit with "I Go Crazy".
2. Singer Johnny Preston was 71 when he passed in 2011. Which 1960 song was Johnny Preston's biggest selling single?

"Running Bear" made it to Number One in the US and the UK. He followed with the Top Ten singles "Cradle of Love" and "Feel So Fine".
Preston began his singing career touring with his high school chorus group before forming a teen band called The Shades. While performing in a local club, singer J. P. Richardson, known as The Big Bopper, suggested that Preston record a song he had written called "Running Bear".
Singer George Jones assisted Richardson by providing the Indian sounds on the recording. The song was released in late 1959 and rose to the top of the charts in early 1960.
Preston who was inducted into the Rockabilly Hall of Fame, performed frequently at Dick Clark's American Bandstand Theater in Branson. He passed from complications following a heart by-pass procedure.
"Teen Angel" was done by Mark Dinning, "Sink The Bismark" was a 1960 Johnny Horton hit and "Good Timin'" was a 1960 release by Jimmy Jones.
3. Bobby Phillips was a member of which Doo-Wop group that released the mid-fifties hits "Gloria" and "Speedo"?

The Cadillacs formed in 1950 as The Carnations. Baritone singer and Harlem native Bobby Phillips along with Earl Carroll, Lavern Drake and Gus Willingham were the founding members. They began recording in 1954 and changed their name to The Cadillacs before entering the studio to record "Gloria". The following year they released their biggest single, "Speedo". Speedo was Earl Carroll's nickname.
In 1959 the group was featured in the movie "Go Johnny, Go". The band underwent several personnel changes in the early sixties before splitting up. Phillips was among the founding members who reformed the group in 1970.
In 2004 The Cadillacs were inducted into The Vocal Group Hall of Fame. On March 6, 2011, Bobby Phillips passed away.
"At My Front Door" was done by The El Dorados in 1955. "Rama Lama Ding Dong" was a 1958 Edsels release and "Sorry (I Ran All The Way Home)" by The Impalas came out the following year.
4. Singer Rob Grill passed in July, 2011. Which sixties group, whose first Top Ten US single was "Let's Live for Today", did Bob front?

Rob Grill was a session singer at a recording studio when he was asked to join The Grass Roots. The Grass Roots were originally studio based musicians organized by songwriters P. F. Sloan and Steve Barri. After Sloan and Barri recruited various bands and musicians Grill was asked to join when member Kenny Fukomoto was drafted. With Grill as lead singer they recorded another version of "Where Were You When I Needed You" and began performing at festivals and getting airplay. In 1968 "Midnight Confessions" became a hit and the band went on to release 29 singles, 13 of which achieved Gold Record status.
Grill embarked on a solo career in the late seventies but worked with The Grass Roots on and off for the next four decades.
Jefferson Airplane, The Byrds and The Seeds were on the bill with The Grass Roots at The Fantasy Fair and Magic Mountain Music Festival in 1967.
5. Clarence Clemons was known primarily as the tenor saxophone player for the E Street Band. What was the name of the 1985 US Top Twenty single he released as a duet with Jackson Browne?


Answer: You're a Friend of Mine

"You're a Friend of Mine" was written by Narada Michael Walden and Jeffrey Cohen. The song was included on Clemons' 1985 "Hero" solo album. At the time Daryl Hannah was Browne's girlfriend. She provided backing vocals and appeared in the song's video.
Clemons met Springsteen in the early seventies when Clemons was with Norman Seldin and The Joyful Noyze. When Springsteen decided to use a sax on songs such as "Spirit in the Night" and "Blinded by the Light" he recruited Clemons who eventually became part of his band. He also appeared in several films and provided sax tracks on recordings for many artists.
He suffered a stroke in June, 2011, at the age of 69.
"Easy Lover" was a 1985 Phil Collins and Philip Bailey release. "Cool It Now" was a single from New Edition and Howard Jones released "Things Can Only Get Better" in 1985.
6. Don Mclean composed the late Phoebe Snow's 1974 hit single, "Poetry Man".

Phoebe Snow was playing her own music in Greenwich Village clubs when she came to the attention of a promo man from Shelter Records. She was signed and released the "Phoebe Snow" album in 1974. The LP included her own composition, "Poetry Man". The only two cover songs on the album were Sam Cooke's "Good Times" and "San Francisco Bay Blues", written by Jesse Fuller. After the success of "Poetry Man" she began opening for artists such as Jackson Browne and Paul Simon.

She provided backing vocals on Simon's "50 Ways To Leave Your Lover" in 1975. Throughout the remainder of her career she worked with numerous artists on stage and in the studio and received many awards including The Cultural Achievement Award from Mayor Rudolph Giuliani.

She was planning another album when she suffered a cerebral hemorrhage which put her in a coma until she passed in January of 2011 at age 60.
7. Which member of the cast of the seventies TV show, "Taxi", opened for The Young Rascals, Herman's Hermits and The Animals while with a band called The 3 1/2?

Jeff Conaway was the lead singer and the guitarist for The 3 1/2. The group also released four singles for Cameo Records between 1966 and 1967. Bruce Springsteen's manager, Mike Appel, produced a solo album by Conaway entitled "City Boy".
The Manhattan native landed a starring role in "Grease" in 1978 and was a regular on "Taxi" during the show's run from 1978 to 1983. He went on to have a minor role in "Babyon 5" beginning in 1993.
In the eighties Conaway acknowledged his substance addiction and was one of the celebrities involved in 2008 on the first season of "Celebrity Rehab with Dr. Drew".
In May, 2011, he was found unconscious and was taken off of life support 15 days later.
8. Rapper Dwight Arrington Myers passed away in 2011 at age 44. What stage name did he go by?

"Now That We Found Love" (1991) and "Big Daddy" (1997) were two of Heavy D's biggest selling singles. He had also been the leader of Heavy D and the Boyz. The group included Glen Parrish under the name of G-Whiz, Troy Dixon as Trouble T Roy and Edward Ferrell, who went by Eddie F.
Myers was born in 1967 in in Mandeville, Jamaica. His family migrated to New York in the early seventies. He formed Heavy D and the Boyz and signed with Uptown Records who released their debut, "Living Large", in 1987. The group was Uptown Records' first signed act. The group sang the theme songs for "In Living Color" and "MADtv". Dwight gradually began a career in acting and as a solo singer.
His final live performance was at the BET Hip Hop Awards in October, 2011. He died the following month from apparent natural causes.
9. Which US Number Four 1976 Disco hit was released by The Andrea True Connection, featuring the late Andrea True on vocals?

Tennessee native Andrea Marie Truden relocated to New York in an attempt to break into films and landed some minor roles. She traveled to Jamaica to appear in an ad and ended up stranded there because of political events. She financed a recording project while she was there which was produced by Gregg Diamond, writer of "More, More, More". The song gradually became a hit at disco clubs and eventually made it to Number Four in the US.
True returned to New York but had to undergo surgery for a goiter in her throat which ended her singing career.
She passed from heart failure in November, 2011, at age 68.
Bettye Lavette released "Doin' the Best That I Can". Dolly Parton released "Baby I'm Burning" in 1978 and "Ring My Bell" was a 1979 hit for Anita Ward.
10. Nickolas Ashford of the duo Ashford and Simpson passed in 2011. Which song that they composed was released by Marvin Gaye and Tammi Terrell in 1967, three years before Diana Ross had a solo hit with a cover version?

"Ain't No Mountain High Enough" was written by Nickolas Ashford and Valerie Simpson and recorded by Marvin Gaye and Tammi Terrell on their 1967 album, "United".
Nickolas Ashford and Velerie Simpson met at the White Rock Baptist Church in Harlem in 1963. They began collaborating on songs that were recorded by artists such as Ronny Milsap and Maxine Brown. In 1966 they signed with Motown Records as songwriters. They moved to Warner Brothers records in 1974 and had hits as a duo with "Found a Cure" (1979) and "Solid" (1984).
In 1996 they opened a restaurant and entertainment venue called the Sugar Bar in New York.
Ashford died on August 22, 2011, from throat cancer complications.
"You're All I Need to Get By" and "Ain't Nothing Like the Real Thing" were also hits done by Marvin Gaye and Tammi Terrell composed by Ashford and Simpson. "Reach Out and Touch (Somebody's Hand)" was Diana Ross' first solo release, however, Diana's cover of "Ain't No Mountain High Enough" went on to become her first Number One as a solo artist.
Source: Author shanteyman 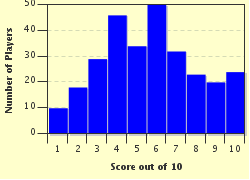