This quiz is for those who really know Hong Kong inside out. If you are a Hong Kong resident and don't just spend all night in front of the TV then you should get most of these.

Share on Facebook
Share on Twitter
Share by E-Mail
Author
dericpw
Time
6 mins
Type
Multiple Choice
Quiz #
199,430
Updated
Dec 03 21
# Qns
10
Difficulty
Difficult
Avg Score
4 / 10
Plays
530
This quiz has 2 formats: you can play it as a or as shown below.
Scroll down to the bottom for the answer key.

'The Standard' is an English language business newspaper which is published by Sing Tao Media Holdings Ltd. It provides a comprehensive view of local and world business issues as well as general and sports news. During the internet bubble it was temporarily named 'iMail'.
The South China Morning Post was founded in 1903 and apart from the years of Second World War Japanese occupation, has published continuously. It is the most popular English language newspaper with a circulation of 120,000 and a website subscription of 450,000.
Ming Pao is a Chinese language newspaper founded in 1959 by the famous Chinese martial novelist Jinyong. It provides comprehensive reports on political and economic issues in both mainland China and Hong Kong.
Apple Daily is a Chinese language newspaper founded by Jimmy Lai in 1995. It is the second best selling newspaper in Hong Kong, which although a broadsheet the style is regarded as tabloid, employing sensational headlines.
2. What is the name of the property developer who owns and manages most of the commercial property in Central district?


Answer: Talk Of The Town

Talk of the Town Asian Grill and Bar And Café (or TOTS as it is better known) is a well-established night spot and is very popular on Friday and Saturday nights. It has great views across the harbour, lively atmosphere and good live music.
4. What does the name 'Kowloon' mean in English?

The Cantonese sounding of the peninsula's name is Gow Lung, meaning 'Nine Dragons'. Tradition says the name was given by Emperor Ping, a Sung Dynasty boy emperor who fled to Hong Kong in the 11th century. He counted eight mountains in the area and decided to name it 'Eight Dragons', as it was believed that every mountain is inhabited by a dragon.

However, as emperors were also believed to be dragons, the place was re-named 'Nine Dragons', Ping being the ninth.
5. When was the Standard Chartered Bank established in Hong Kong?

The date is printed on the front of their HK$20 bank note. Standard Chartered is named after two banks which merged in 1969. They were originally known as the Standard Bank of British South Africa and the Chartered Bank of India, Australia and China. The Chartered Bank was founded in 1853 following the grant of a Royal Charter from Queen Victoria. The founder was a Scot, James Wilson, who made his fortune in London making hats. In 1862 the Standard Bank was founded by another Scot, John Paterson. The Chartered Bank opened its first branches in 1858 in Calcutta and Mumbai. A branch also opened in Shanghai that year beginning an unbroken presence in China. In 1859 the Chartered Bank opened a branch in Hong Kong and in 1862 was authorised to issue bank notes. Standard Chartered is still one of three banks which prints Hong Kong bank notes.
Information taken from www.standardchartered.com.
6. Where would you find the street of antiques stalls commonly known as 'Cat Street Market'?

Upper Laskar Row is a tiny street just south of Hollywood Road opposite the Man Mo temple. There are some genuine antiques, but much of the merchandise is made for the tourist market. Almost every stallholder has dozens of thousand year old swords for sale. One can only imagine that these litter the ground in China...or else there is a factory somewhere churning them out by the thousands. Also for sale are lots of Chairman Mao memorabilia and copies of his 'Little Red Book'.
Hollywood Road is lined with up-market, expensive antique shops, which are unaffordable for most but great fun for window shopping.
Ap Lei Chau near Aberdeen is home to Horizon Plaza, a multi-storey warehouse full of antique outlets. Genuine antiques, particularly furniture, as well as reproductions and good bargains are to be had.
Pottinger Street is the very steep-stepped street in Soho running from Queens Road up to Midlevels. It is lined with market stalls selling fancy dress costumes, tools and haberdashery. Also located here is 'The Chippy', probably the last authentic British fish and chip shop in Hong Kong.
7. What colour are the taxis on Lantau?

Taxis running in the city areas are red, whilst those in the New Territories are green and those on Lantau are blue. Only the red taxis can travel anywhere; the green and blue taxis may only operate within their areas. Some taxis on Hong Kong Island are 'Kowloon taxis' which means they won't accept fares around Hong Kong; they may only take passengers from Hong Kong to Kowloon and vice versa.
8. Gambling is illegal in Hong Kong.

Section 3 of the Gambling Ordinance Cap 148 states, "Save as provided in ... gambling is unlawful". There are, however, a total of 7 exceptions ranging from mah-jong (Chinese dominos) on licensed premises to individuals betting with each other to licensed gambling facilities like the Hong Kong Jockey Club. Therefore, gambling is legal under certain circumstances.
The Hong Kong Jockey Club is a non-profit organisation holding a government-granted monopoly to provide betting on horse racing, the 'Mark Six' lottery, and overseas soccer. Founded in 1884, it now has over 20,000 members and conducts around 700 horse races per year at its two racetracks at Sha Tin and Happy Valley. In 2002/3 the turnover was HK$71bn (US$9bn). It contributes almost 12% of Hong Kong's tax revenue and is the Region's third largest charity.
Outside Hong Kong, gambling is legal on Star cruise ships (literally floating casinos) and in the casinos in Macau, a short ferry journey from Hong Kong.
9. Hong Kong is awash with neon advertising. What is the largest neon sign on the Kowloon Peninsula clearly visible from Hong Kong Island harbour waterfront?

Sinopec has a huge red neon sign on the Kowloon side which can be seen above the New World Hotel. It alternates between English and Chinese. Sinopec (the China Petroleum and Chemical Corporation) is engaged in the production and distribution of oil, gas and chemical products. It is one of the largest petrochemical companies in China and one of the first to be listed in Hong Kong, with an operating income of around RMB420 million.
Epson, Panasonic and Sharp all display large neon signs on the harbour front but they are on the Hong Kong Island side.
10. Where is the Hong Kong Police Museum?

The Police Museum is located on the site of the former Wan Chai Gap Police Station. The museum showcases the history of the Hong Kong Police Force from its beginnings in 1844 to today. Included are an Orientation Gallery, a Triad Societies Gallery, a Narcotics Gallery and a Current Exhibitions Gallery.
Old Stanley Police Station in Stanley was built in 1859 and is one of the oldest surviving police stations in Hong Kong.
Central Police Station Compound is in Hollywood Road near Soho. The barracks were built in 1864 and the other buildings added between 1910 and 1925. The Compound (Police Station, Victoria Prison and the former Central Magistracy) is one of Hong Kong's oldest examples of Victorian and Oriental architecture and is a registered monument. In 2003 the Government declared the site would be developed for tourism.
Central Police station is actually located at 1 Arsenal Street in Wanchai.
More information can be found at the Police Museum website at: www.info.gov.hk/police/english/museum/2-6-1.htm.
Source: Author dericpw

This quiz was reviewed by FunTrivia editor LilahDeDah before going online.
Any errors found in FunTrivia content are routinely corrected through our feedback system.
Most Recent Scores
Jan 24 2023 : Guest 94: 3/10
Dec 24 2022 : Guest 82: 2/10 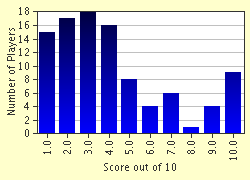 
Other Destinations
Explore Other Quizzes by dericpw