This quiz takes you on a journey all through the United States. Read the clues and think hard.

Quiz Answer Key and Fun Facts
1. My adopted home, a Commonwealth, has a capital that was also the capital of an independent nation for about four years. Which city is this?

Richmond became the capital of the colony and dominion of Virginia in 1780. Virginia's first constitution, dated June 29, 1776, declared it a Commonwealth, one of only four in the U.S. (the other three being Massachusetts, Kentucky and Pennsylvania). Virginia voted to secede from the U.S. in April 1861, but official action was delayed until May 1861 when Richmond was named capital of the Confederate States of America, a title it held until the CSA surrendered on April 8, 1865.

Question by player wjames.
2. My not-so-adopted home is a Commonwealth. It was also home to an independent nation. In fact, more than one city in my commonwealth has staked claim to being the nation's capital. This capital city, however, has not, but it enjoys a wonderful view of the mighty Susquehanna River. Which one is it?

Harrisburg is in the heart of Pennsylvania. It has an interesting distinction of being three hours or less from more people than anywhere in the United States. NYC, Philly, Pittsburgh, Scranton, Baltimore, and Washington (D.C.) are all within an afternoon's drive.

Philadelphia and York, Pennsylvania have staked claims as the former capitals of the USA.

Question by player RFox1.
3. The word "cheeseburger" was trademarked by Louis Ballast, who operated the Humpty Dumpty Barrel Drive-In in which Western state capital?

Denver is also one of the largest cities in the country that was not built on a road, railroad, lake, or navigable body of water. The location was settled because it was near gold found in the area.

Question by player RequiemCube.
4. The southern state that I live in is called the Peach State. It is the home of many different attractions that tons of people visit. The Falcons play in which city?

Atlanta, Georgia is the home of Georgia Tech, World of Coke, CNN, etc. It is the most populous city in Georgia (2015 data). Some of the events during the Civil War happened in Atlanta. There had been four previous capitals of Georgia before Atlanta.

Question by player LGH12.
5. Dzántik'i Héeni, which means "Base of the Flounders River", is the Tlingit name for which state capital? (Tlingit is the name of a Native American people who live in that area).

Juneau was named after Canadian gold prospector Joe Juneau. Interestingly, Juneau has no roads connecting the city to the rest of Alaska or to North America. It has a ferry service.

Question by player Pehinhota.
6. The village Lohman's Landing, a trading post in the wilderness located on the northern edge of the Ozark Plateau, became which US state capital in 1821? It was named after a president.

Question by player Pehinhota.
7. My nickname is Music City, USA. Vanderbilt University is located here. I share my name with a TV show.

Nashville, Tennessee is famous for music. Many well-known musicians grew up here. You might be a fan of Miley Cyrus, Kesha, Carrie Underwood, The Band Perry, etc, but all of these musicians are from Nashville. Music is a big thing in Nashville.

Question by player LGH12.
8. I share my name with a US president's last name. Did you know Georgia O'Keeffe is from here? The Midwest state I am located in is known as the Dairy State. Which capital city am I?

Question by player LGH12.
9. A US president's last name is the same as mine. Did you know Hillary Swank and Lindsey Shaw are from here? I am sometimes referred to as the Star City. Which Midwestern capital am I?

You guessed it! My name is Lincoln, named after President Lincoln. I am the capital of Nebraska. I am one of the most populous cities in the state (2015 data). I am the home of the Nebraska Cornhuskers.

Question by player LGH12.
10. Did you know Mark Twain spent several years in this city working as a correspondent? I am an independent city. I was founded in the boom days of silver mining. I am named after a famous explorer. Which Western capital am I?

Carson City, Nevada is named after Kit Carson. In 1859, silver was discovered mere miles from the site of Carson City, setting off a rush to the area. Carson City's fortunes gradually declined through World War I and with the coming of the worldwide economic downturn known as the Great Depression during the 1930s. 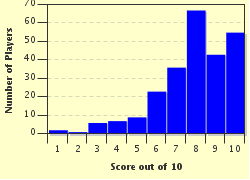 
Other Destinations
Explore Other Quizzes by LGH12