Some common (and not so common) questions about African-Americans who have made a significant impact on the entire world.

Quiz Answer Key and Fun Facts
1. Whose refusal to give up her seat on a public bus sparked a boycott of Montgomery, AL buses from 1955-1956?

Malcolm Little was his birth name, but he changed it to Malcolm X after becoming a member of the Nation of Islam.
4. Who was the most famous conductor of the Underground Railroad?

Harriet Tubman was an escaped slave who made 19 trips back to the south in order to free over 300 people, despite a $40,000 reward on her head.
5. Who founded PUSH?

Rev. Jackson founded PUSH which stands for People United to Serve Humanity.
6. Whose autobiography is entitled "I Know Why the Caged Bird Sings"?

He beat two Olympic records and tied a third. He was a member of the winning 400 meter relay team, also a record beating win. Adolf Hitler refused to acknowledge Owens' success because he was black.
8. What boxer's original name is Cassius Clay?

9. What former slave published the newspaper "The North Star"?

10. Who was the first black woman to speak out publicly against slavery?

Dr. King was assassinated on April 4, 1968 by James Earl Ray at the Lorraine Motel in Memphis, TN.
12. What primarily black female college was founded by two white women in Atlanta, Georgia?

13. Which fourteen year old black boy was lynched for allegedly whistling at a white woman?

Emmett Till was lynched in Money, Mississippi for allegedly whistling at a white woman. His alleged killers were acquitted.
14. What is the oldest civil rights organization still working today?


Answer: National Association for the Advancement of Coloured People

The NAACP was founded in 1909 by both blacks and whites and using the legal system to gain equality and justice.
15. Who founded the Tuskegee Institute in Alabama?

18. Who was the first female Egyptian Pharoah?

She ruled from c1789 BC for four years.
19. Who founded the Mississippi Freedom Democratic Party and was known as the '1st Lady of the Civil Rights Movement'? 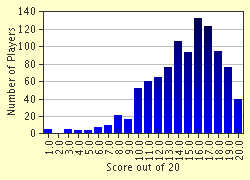 
Other Destinations
Explore Other Quizzes by Bethany139