A selection of countries and regions to be the first in their category in one respect or the other. Enjoy!

Quiz Answer Key and Fun Facts
1. Which of these former British colonies was the first country in the world to grant women the right to vote?

Denmark was the first in 1792, although slavery itself was not abolished until 1847.
Britain passed a similar law later in 1792, but it did not take effect until 1808. (Slavery was abolished throughout the British Empire in 1833, taking full effect in 1838).
Portugal abolished the slave trade in 1858.
The Netherlands was in fact the last, in 1863.
3. The first state to break away from Yugoslavia?

Slovenia achieved independence with considerably less violence than the other states through the Ten Days' War for Slovenian Independence in 1991.
4. More Breakaways: The first state to break away from the USSR?

Lithuania's declaration in 1990 led to events the culminated with the break-up of the Soviet Union.
5. Signalling a coming of age for this country, which Asian nation was the first to defeat a European power in modern times?

Japan defeated Russia in the Russo-Japanese war (1904-05) forcing Russia to abandon its territorial ambitions in the Far East.
6. A twist on firsts: What was the first US state to join after the original 13?

Vermont was the 14th US State in 1792.
Kentucky the 15th, Ohio the 17th and California the 31st.
7. Which was the first South American country to declare its independence?

The Chinese were the first country to do so in 891, although bank notes did not come in till much later.
9. Which country was the first to recognise the state of Israel de facto, though not de jure?

The first country to recognize Israel de jure was the Soviet Union (17 May 1948). US de jure recognition followed on 31 January 1949.
10. What was the first African country to receive independence in sub-Saharan Africa in the post-war era? 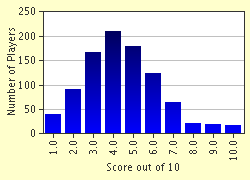 
Other Destinations
Explore Other Quizzes by Hijakr