How To Read a Wine Label Trivia Quiz

Sometimes it seems like wine labels are made not to inform consumers, but to confuse them. This is a quiz about some phrases you might see on a wine label, and what they mean.

Quiz Answer Key and Fun Facts
1. You see a bottle of California wine by a famous producer at a very modest price. On the label it says "Vinted and Bottled by Domaine de la Wine Snob." What does the phrase "vinted and bottled by" mean?

The phrase "vinted and bottled by" is essentially meaningless. Domaine de la Wine Snob may have purchased wine from any number of competitors and simply slapped their label on the bottle. This doesn't necessarily mean it's bad wine; after all, most producers would not want their name associated with some vile tasting plonk.

But it does mean that the winery whose name appears on the label may have had little or nothing to do with actually making the wine. Other similar phrases do mean something.

For example, if the label says "made and bottled by," then the winery whose name appears on the label must have produced a minimum of 10% of the wine.
2. Looking at our same bottle of California wine, you will see that it says "Cabernet Sauvignon." How much of the wine in the bottle actually has to be made from Cabernet Sauvignon grapes?

In California, if the label specifies a distinct grape variety, at least 75% of the wine in the bottle must be made from that type of grape. The remaining 25% is up to the discretion of the vintner. There is actually a good reason for allowing other small amounts of other types of grapes. Cabernet Sauvignon is often blended with Merlot to soften it, and sometimes with Malbec to give it more color and grip. If the wine is a blend, say "Domaine de la Wine Snob Snooty Red," any number of grape varieties may figure into its production.

The grape varieties and the proportions used in the blend are often, but not always, stated somewhere on the front or back label.
3. In smaller letters under "Cabernet Sauvignon" there appear the words "North Coast." The technical term for this designation is American Viticultural Area (AVA). It basically tells you where the grapes used to make the wine were grown. Is the specification of an AVA an indication of quality?


Answer: It depends on the AVA

Other AVAs, such as "Central Valley" or "North Coast" cover millions of acres, and the wines produced there will range from outstanding to barely drinkable. If an AVA is designated on the label, at least 85% of the grapes used to make the wine must have come from that area.
4. Which of these terms on a bottle of California wine actually has some legal meaning?

In the United States, the terms "reserve," "limited release," and "old vine" have no legal meaning at all. They are just marketing tools, and mean nothing. This is NOT true in other countries! In Europe, wines labeled "reserve" often have to be aged longer than ordinary wines, and may have to meet other, higher standards.

One term that is strictly regulated is "organic." For a wine to call itself organic, the grapes used to produce it must have been grown using no chemical pesticides or herbicides, and genetically modified organisms, such as yeast, may not be used in making the wine. It does not mean such wines are free from additives, however. Most "organic wines" still use sulfites as a preservative, for example. Nor is the term "organic wine" an indicator of quality. Some organically produced wines are pretty awful.
5. Moving on to the French section, you pick up a bottle of Bordeaux. Which of these phrases would be the best indicator of a wine of superior quality?

In 1855, 61 of the best wines in the Medoc region of Bordeaux (and one from Graves) were classified in five ranks, and are known as "Grand Crus," or "great growths." With a couple of minor exceptions, the classification has not changed in 160 years, and some of the wines are no longer performing at their former level, but, in most cases, a wine labeled "Grand Cru Classé" will be a superior wine. "Grand Vin de Bordeaux," or "great wine of Bordeaux" means nothing, except that the wine comes from the Bordeaux region; "Bordeaux Superieur" is supposed to be better than wine merely labeled "Bordeaux," mandating lower yields, 12 months aging in wood, a higher alcohol content, etc.

In reality, however, there is little difference between Bordeaux and Bordeaux Superieur; over 25% of Bordeaux' production is eligible for the "Bordeaux Superieur" designation, and it does not serve as a guarantee of quality. "Mise en Bouteille au Chateau" means that the wine is bottled at the chateau where it was produced; it was once a guarantee that the wine was not blended with inferior wine by the merchants who sold it. Nowadays, almost all Bordeaux is bottled at the chateau, so it effectively means nothing.

The wines of Graves and St. Emilion are also classified, but the wines of Pomerol are not. Another indication of quality is "Cru Bourgeois," which indicates wines that are not included in the 1855 classification, but which have been tasted and judged to be of superior quality. The number of "Cru Bourgeois" wines changes from year to year.
6. Perhaps you would prefer a bottle of Burgundy. Which of these label designations would indicate a wine of the highest quality?

The classification of wines in Burgundy is, in many ways, more complicated than in Bordeaux. At the very basic level, the wines are simply labeled "Bourgogne," or Burgundy. The next step up in quality is village wines, which are labeled with the name of the village, such as Aloxe-Corton, Gevrey-Chambertin, or Fixin. Certain individual vineyards have been designated as "premier crus" or the even higher "grand crus." A wine labeled labeled Gevrey-Chambertin Premier Cru must contain wine made from vineyards rated premier cru or higher, and one labeled Gevrey-Chambertin Grand Cru can only contain wine from grand cru vineyards. Still higher are wines from specific vineyards; a wine labeled simply "Chambertin" can only come from that vineyard, and not any of the other grand cru vineyards in Gevrey-Chambertin. Sound confusing? It is. To further complicate matters, a premier cru wine from one of the better villages may be of higher quality than a grand cru wine from another village.

In addition, in Burgundy a single vineyard may be subdivided among many owners, each producing wines of varying quality.
7. Let's move over to the Italian section. Is an Italian wine label required to show the principal grape variety used to make the wine?

Most Italian wines are named for the area where they are produced; if you see a bottle labeled Chianti, for example, you are expected to know that it contains wine made primarily from Sangiovese grapes. Chianti is a region, not a grape variety. Sometimes the grape variety is mentioned, as in Barbera d'Asti, but this is an exception, not the rule.

There are also many wines which show neither the grape variety nor the place of origin, such as Lacryma Christi ("the tears of Christ"), a wine made near Naples.

The highest levels of Italian wines are classed as Denominazione di Origine Controllata e Garantita (DOCG); there were 73 DOCGs in Italy in 2014, and the number continues to grow. Chianti is a DOCG, and for a wine to be labeled Chianti, it must consist of at least 75% Sangiovese grapes, as well as meeting other quality standards. Slightly lower levels of quality include DOC and IGT, and at the bottom are wines labeled VDT, or "vino da tavola," meaning "table wine." This is a bit of an oversimplification, but the important thing to remember is that you cannot usually tell what type of grape an Italian wine is made from just by looking at the label.
8. Frizzante, spumante, vivace - if you see these words on an Italian wine label, what do they mean?

Italy produces many sparkling wines; the best known are probably Asti Spumante and Prosecco. A wine that is vivace will be just slightly fizzy; one that is frizzante will have more bubbles; and one that is spumante will be a full-fledged sparkler. Not all sparkling wines from Italy are white; Lambrusco, a light and often sweet red wine from the Emilia-Romagna region is often frizzante.
9. Champagne labels present their own special challenges. Suppose you saw the phrase "Blanc de Blancs" on the label. What would that tell you?


Answer: It was made exclusively from white grapes

Most Champagnes are a blend of three grape varieties: the white Chardonnay, and the red Pinot Noir and Pinot Meunier. A Champagne labeled "Blanc de Blancs" is made exclusively from white grapes, usually 100% Chardonnay (there are other permissible white grape varieties, but they are very seldom used nowadays).

Many people prefer Blanc de Blancs because these Champagnes are lighter and more delicate in flavor. You will very occasionally see the phrase "Blanc de Noirs," which means a Champagne made exclusively from black (i.e., red) grapes.
10. There is one wine that is famous for commissioning a world famous artist to design the label for its bottles in each vintage, a tradition that began in 1945. The labels are so popular that they themselves are considered collector's items. Which wine is it?

In 1945, Baron Philippe de Rothschild commissioned the artist Philippe Jullian to design a label for his wine, Chateau Mouton Rothschild. He was so pleased with the result that each year thereafter he hired a new artist to produce a painting to be used on the label of that year's vintage. Artists whose works have adorned Chateau Mouton Rothschild's labels include Jean Cocteau, Salvador Dalí, Pablo Picasso, Andy Warhol, and Francis Bacon.

In 1993, the label was a pencil drawing of a nude young woman by the artist Balthus.

It was deemed obscene by the Department of Alcohol, Tobacco and Firearms, and Rothschild was not allowed to export his wine to the United States. A second label with a blank space where the drawing had appeared had to be prepared for use in the USA.

The original paintings, along with other artwork, are kept at Chateau Mouton Rothschild's Museum of Wine in Art.
Source: Author daver852 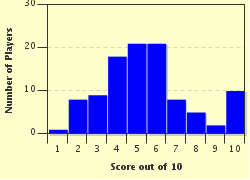