This is a quiz on a word very rarely seen. I hope you learn something about the word and the process it is involved in.

Share on Facebook
Share on Twitter
Share by E-Mail
Author
gshorey
Time
4 mins
Type
Multiple Choice
Quiz #
370,477
Updated
Dec 03 21
# Qns
10
Difficulty
Average
Avg Score
6 / 10
Plays
434
This quiz has 2 formats: you can play it as a or as shown below.
Scroll down to the bottom for the answer key.

Quiz Answer Key and Fun Facts
1. Lets start out with the obvious, what is the definition of zymurgy?


Answer: The chemistry branch dealing with the fermentation processes in brewing.

The word comes from Greek words zymo- (a leaven) and -ourgia (a working). It appeared in dictionaries about 1865-1870.
2. Fermentation converts sugar into what?

Nitrous oxide is commonly know as laughing gas, what a fun place a bar would be with that gas in our drinks. Menthol is made synthetically or obtained mainly from mint oils. Carbon dioxide in the beer is what gives the beer its head (or foam). Ethanol is the alcohol we like in our drinks.

The chemical formula for this process: C6H12O6 (sugar) = two CO2 (carbon dioxide) + two C2H5OH (ethanol).
3. Who first connected yeast to fermentation in 1857 and is considered the first zymologist? He also had something to do with milk.

Louis Pasteur is probably most famous for the discovery pasteurization and named for him. Did you know, however, that pasteurization was used for wine and beer before milk? He discovered yeast was needed for fermentation; he defined it as respiration without air. Gail Bordon Jr was the founder of Bordon Diary. Adolphus Bush was one of the founders of Anheuser-Bush Company. Sir Isaac Newton was a physicis, who founded the law of universal gravitation.

The theory goes that a apple dropped on his head leading him to this law. Speaking of apples, did you know apples have a special type of wine made from them? It is called cider.
4. There is actually a magazine named ZYMURGY in the United States. Which organization publishes the magazine?

The magazine is published bimonthly, first in 1978, by The American Homebrewers Association. Mother Earth News is an actual magazine that promotes organic gardening and lifestyle. The other two magazines don't exist. I made them up for this quiz, but both areas have a tie to brewing and zymurgy.

The home brewing craze is generally acknowledged to have begun in Oregon. New England is home to small pubs serving limited edition craft beers.
5. Which of the following is not needed for the fermentation process to begin?

Eduard Buchner proved living yeast cells were not needed for fermentation, winning a Nobel Prize in 1907. He combined dry (dormant) yeast, quartz and kieselguhr; pulverizing the mixture until the yeast broke down into a moist state; then pressed it to extract a 'juice' of yeast.

When sugar was added to the yeast juice, carbon dioxide bubbled out; proving fermentation was taking place without live yeast.
6. Yeast goes through three stages in the process of brewing. Which one of these is not a stage of that cycle?

Respiration is the first stage when yeast is reproducing. There is very little, if any, alcohol produced during this cycle but carbon dioxide is. The next stage is fermentation, yeast is still reproducing but most importantly is producing alcohol and carbon dioxide.

The final stage is sedimentation; most of the yeast falls out of solution with very little fermentation happening. You can save the sediment of yeast produced during the first week, as it makes a viable form of yeast for your next batch.
7. There are two main subtypes of yeast (Saccharomyces cerevisiae) used for brewing beer, can you name them?

This strain is noted for its fruity sweeter taste. There is also a fourth strain (Pasture Champagne) that is used for dry wines styles that include Cabernet, Cider, Dry Whites, Fruits, Meads, and Port. You might have notice some overlap in types of wine, this is due to different base sugar (fruit) used and what the wine maker wanted in flavor tastes that the yeast produces.
9. Which wine yeast strain is best used for soda making (root beer, ginger beer and other carbonated sodas - yes, you can use yeast in making these)?

The only difference in soda making compared to the wine and/or beer making process is that after about a day we refrigerate the liquid to stop the carbonation process (a negligible amount of alcohol may be present). You can use other types of wine and beer yeast but Pasture Champagne is the preferred because it imparts the least amount of yeast taste to the soda. You wouldn't want to use bottom-fermenting beer yeast as it will continue to convert the sugars into alcohol.
10. What sugar (fruit or grain) is used for brewing mead?

Honey (from bees) is used as the sugar in mead. Mead is probably the most challenging type of alcoholic drink to make for the home brewer. Barley is the main grain that most beers use, also used is wheat, rice and corn. Apples are used to brew ciders. Grapes and other fruits and used for wines.
Source: Author gshorey

This quiz was reviewed by FunTrivia editor WesleyCrusher before going online.
Any errors found in FunTrivia content are routinely corrected through our feedback system.
Most Recent Scores
Jan 24 2023 : Guest 176: 7/10
Jan 16 2023 : Guest 76: 8/10 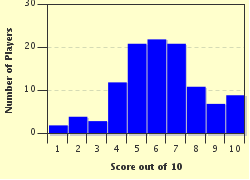 Related Quizzes
1. Potent Potables Easier
2. Raisin of Destiny Easier
3. Goldilocks and the Free Beers Average
4. World Cups Average
5. Sipping and Sailing in the Mediterranean Average
6. Spirits of the World Average
7. What's In That Liqueur? Average
8. I Drink, Therefore I Am Average
9. Liqueur Average
10. Down the Hatch Average
11. Drinking All Over The World Tough
12. How To Read a Wine Label Tough


Other Destinations
Explore Other Quizzes by gshorey