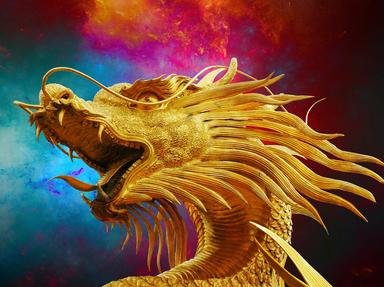 The Zombie In Folklore Trivia Quiz

Zombies: fact or fiction? This quiz examines the zombie folklore. All questions and answers are based on folklore from around the world but mainly Haiti and The Caribbean area.

Quiz Answer Key and Fun Facts
1. What is a zombie alleged to be?

According to folklore a zombie is a corpse re-animated by a sorcerer, either by use of a spell or a potion. Whilst giving the appearance of life it is still dead, and has no reason or intellect. Villagers lived in dread of zombies, and of being turned into zombies.

It has been proposed that, in reality, the zombie was more likely to be someone who had been drugged with a potion that gave the appearance of death, was then buried alive and dug up very shortly thereafter to give the appearance of an animated corpse. Continued administration of the drug ensured that the zombie stayed "senseless". Eventually it wastes away and dies again, although this can take some years.
2. Once re-animated, what will the traditional zombie of Haitian folklore do?


Answer: Only what it is commanded to do

Unlike the zombie of Hollywood who wants to eat brains and human flesh and kill everyone it comes across, the folklore zombie is under the complete control of the sorcerer who animated it. It will do only what he tells it to do. Often zombies are raised purely for the purpose of being slave labour and there are legends of whole villages being turned into zombies and forced to work for the local Voodoo Priest.
3. Haitian folklore states that feeding salt to a zombie will have what effect?


Answer: Return it to its senses

Feeding salt to a zombie will return it to its senses, at which time it will either turn on the sorcerer who animated it and kill him, or return to the grave and die. It seems that only a few grains of salt will have this effect and there is no rational explanation for this belief. If zombies are created by a drug of some sort, a small amount of salt would have no nullifying effect.
4. When did the word "zombie" come into general usage around the world?

William B Seebrook's book "The Magic Island", published in 1929, brought the word into general usage. It describes his experiences in Haiti, including meetings with the walking dead. He describes his first encounter with a zombie:

"The eyes were the worst. It was not my imagination. They were in truth like the eyes of a dead man, not blind, but staring, unfocused, unseeing. The whole face, for that matter, was bad enough. It was vacant, as if there was nothing behind it. It seemed not only expressionless, but incapable of expression."

Quotation taken from "The Magic Island".
5. The belief in zombies persists into current times. Which modern Head of State was rumoured to have a zombie private army?

Dictator of Haiti from 1957 to 1971, Papa Doc Duvalier had his own private army of thugs and enforcers, The Tonton Macoutes. They unhesitatingly followed his every command, were often described as being in a trance-like state, and were popularly believed to be zombies.

He also had his own Voodoo Church and promised that when he died he would return from the grave. After his death an armed guard was put on his grave, possibly to ensure that he didn't return.
6. Today, zombie legend is centred mainly in Haiti, but it did not originate there. Where did it originate?

Voodoo and all the legends associated with it, including zombies, can be traced back to Dahomey, which occupied parts of today's Togo, Benin and Nigeria, and the Yoruba people who lived there. Forcibly shipped to Haiti as slaves, their religion came with them.

Originally called Vodun, it is a spiritual religion and has points of commonality with Roman Catholicism. It does however contain elements of black magic, known as "left handed Vodun", which includes the creation of zombies. The modern concept of Voodoo comes mainly from Hollywood films and bears little relationship to the original religion.
7. Is it true that there have been documented reports of real-life zombies in Haiti?

In 1912 reporter Stephen Bonsai recounted the case of a young man whose death was witnessed by the head of the local Mission Church. He also officiated at the funeral and saw the young man buried. Several days later the man was found tied to a tree, still dressed in a shroud, and unable to do anything other than utter moaning sounds.

He was identified by his wife, the doctor who pronounced him dead and the clergyman who buried him. His mind was completely gone so he was unable to give any account of what had happened to him and he died again a few months later.
8. The West African slaves who took their religion and zombie folklore to Haiti also took it to the United States of America. Which Voodoo practitioner was known as "The Witch Queen of New Orleans"?

Marie LaVeau was born in Haiti in 1794, the illegitimate daughter of a slave mother and a white plantation owner. After a slave revolt in Haiti she left the island, arriving in New Orleans in 1809. She originally earned her living as a hairdresser, but by 1830 was practising Voodoo and selling charms. Around 1835 she married Louis Galpin and had 15 children by him.

She was reputed to have held Voodoo rituals in her mansion in St Anne Street, to have raised zombies to act as her servants, and to have the police and judges in her power.

She was also reported to have saved criminals from hanging by the use of spells. She died in 1881 and seems to have come back to life shortly thereafter, although sceptics claimed the resurrected youthful Marie was actually one of her daughters.

She was last seen in 1895 when, after a hurricane hit New Orleans, she was seen floating down the river on a log singing Voodoo songs.
9. Although not a strong tradition, there is some European and Scandinavian zombie folklore. Who or what were Draugs?

In Norse mythology Draugs were warriors who returned from the dead to attack the living. They were noted for superhuman strength and eating the flesh of their victims. The only way to kill them was to cut off the head and then burn the body and scatter the ashes. This bears strong resemblance to the zombies of Hollywood films.
10. In European mythology of the Middle Ages, someone who returned from the dead was called a what?

The belief in Revenants surfaced in the Middle Ages in most of Western Europe and especially in Britain and Ireland. They seem to have had no specific purpose in rising from the grave other than to harass their family and neighbours. They are usually people who have led wicked lives and are often associated with the spread of disease.

The method of disposing of them is decapitation, burning the body and scattering the ashes. This is a common theme in the non-Caribbean zombie folklore.
Source: Author StarStruck60 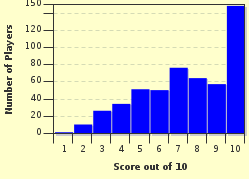 Related Quizzes
1. Mythological creatures Average
2. Monsters and Beasts of Legend Easier
3. Mythological Creatures Easier
4. Werewolves and Other Werecreatures Difficult
5. Invertebrates in Mythology Tough
6. Stinging Tales From Around the Globe Average
7. Fluttering by a Folktale Average
8. Not Birds, Not Planes, Just Flies in Mythology! Average
9. My Favorite Monsters Very Difficult
10. How to Defend Yourself Against a Mythical Beast Easier
11. Myths- Gods and Animals Average
12. Beasts Of Myth And Legend Tough