So, you fancy yourself a fan of Georgette Heyer? Put your knowledge to the test and see if you are worthy of the name.

Quiz Answer Key and Fun Facts
1. The novel opens in the country as Lord Anthony, Viscount Sheringham is making an offer for the hand of the current season's beauty. Where is the Sheringham's family seat?

Anthony, orphaned of a father, is now the new Viscount Sheringham, head a noble family in Kent.
2. Why was Isabella Milborne "rusticating" in the country?


Answer: She contracted an odiously childish complaint, namely the measles

Mrs. Milborne, the beauty's mama, quite sensible of the ridiculous nature of her indisposition, had it announced that Isabella was very tired but the truth of the matter is that she contracted the measles which she promptly communicated to two abigails and a youthful pageboy.
3. To say that Isabella is beautiful is an understatement. However, not all have fallen under her spell. Which one of these young blades could not be counted as par of her usual court?

Though he's never heard there was any harm in the girl, Gil Ringwood declares to Ferdy and Duke Fakenham that he never liked 'the Incomparable' above half.
4. It is no secret that the soon-to-be dowager Lady Sheringham would love to see Anthony marry Isabella. Which one was NOT one of the reasons stated to her brother, the contemptible Horace Paulett, to see the two joined in matrimony?


Answer: She, along with Mr. Milborne, had resolved on the union from infancy

Under the guise of motherhood concerns, Valeria Sheringham is quite mercenary.
5. Besides Hero, Sherry has another unfailing worshiper in Jason, his tiger. How did Jason meet Sherry and subsequently come to be in his lordship's employ?


Answer: Jason picked the viscount's pocket as he emerged from a jeweler's shop

Jason did come out of a foundling hospital and he did also keep Sherry's horses from bolting, which skills quickly earned Jason a spot on the Viscount's staff. This happened as the latter was soundly boxing Jason's ears after he picked Sherry's pocket outside of the jeweler's shop.
6. It was hardly proper for Hero to travel alone with the Viscount in his curricle since they should have half the countryside blabbing if they saw them driving off together. Once it was settled that they should suit, how did Hero travel to London to marry Sherry?


Answer: She sat on the floorboard of Sherry's curricle and kept herself hidden under a rug

Poor Hero's experience in life never made any account of her dignity and her comfort, so she curled up at the Viscount's feet and allowed him to cast the rug over her.
7. Valeria Sheringham would never willingly relinquish her town house to Hero and Sherry; besides, they both found it devilishly stuffy with the old furniture always under Holland covers. Where did Sherry settle they should take temporary lodgings after their wedding?

Limmers was disqualified on account that too many "Pets of the Fancy" frequented this establishment and it wouldn't be suitable for Hero to hobnob with them. Ellis was spurned because Sherry once dined there with his mother, while the staff of Grillon's think that Hero is on her way to Bath to school.
8. Sherry's friends each have a distinctive inclination. What is Gilbert Ringwood's propensity?


Answer: Sporting - often found at the royal cockpit or with gentleman Jackson at the Five-Court in Westminster

Ferdy would be qualified as the simple minded bon vivant, George is impetuous and Sherry is foolhardy but Gil is the sporting expert, as evidenced by the makeup of his bachelor abode where several riding whips hang on the wall amongst a collection of sporting prints and engravings, not to mention the pile of Weekly Dispatches and a copy of the Racing Calendar propped on his writing desk.
9. All of Sherry's friends gave Hero very thoughtful gifts on the occasion of their marriage, including a canary. What name did she bestow on the little bird?

The canary was named after Gil who gave it to her once he saw how she fancied it upon an outing at the Bazaar.
10. Sherry thought it a capital idea to leave town shortly after the wedding. Which was NOT one of the reasons given for his post haste flight to Leicestershire?


Answer: He thought it would be at least three weeks before their new lodgings in Half Moon Street would be ready

Though it is true that the house would not be ready very soon to accommodate the newlyweds, it never factored into the reasons for the flight northward.
11. The dowager Vicountess Sheringham, upon receiving the news of her son's marriage, is furious. She wastes no time making it known within the ton that she has been shamefully used. In which of the Almack's lady patronesses did she find support on this point?

Mrs. Burrell, one of the highest sticklers and an overly grand lady, even went so far as to suggest to her fellow-patroness Lady Jersey that no voucher of admission to that most exclusive club should be granted to young Lady Sheringham. Fortunately for Hero, she was overruled.
12. Jason the tiger is a kleptomaniac. He's usually able to curb these instincts once his master warns him in advance not to filch from his friends. However, there is one item that exercises such fascination on the poor soul that he cannot help himself from pinching it. Which is it?

Although he's promised Sherry to reform his ways, the presence of Ferdy's timepiece within his reach for days together was more than flesh and blood could stand, so he swiped it.
13. The newlyweds' first interview with the dowager Vicountess was not a success. Sherry, having no regards for his parent's nerves, promptly demanded the family jewels for his new wife. What did Hero unwittingly say to exacerbate the situation?


Answer: She does not wish for the family jewels until her mama-in-law was dead

Poor Hero did not earn my lady's approval with this little faux-pas.
14. After the aborted curricle race debacle, Sherry resolved to send Hero to Sheringham Place to be tutored in the ways of the polite world by the dowager. Hero, of course with a reasonable aversion to her mama-in law, decided to take flight. His lordship, discerning the true nature of his feeling towards his wife, sets about to finding her. Which of the following was NOT one of the places he searched or thought of searching for Hero?


Answer: Melton Mowbray, Leicestershire, where they have a hunting box

Sherry traveled to see both Lady Sefton and Lady Fakenham. They were both hopeful that this affair would be the making of the viscount. Though he thought she might have gone to Ireland with Mrs. Hobby, he never thought she might have gone to Leicestershire.
15. Sherry, still thinking of his wife as one of his comrades, brought her to a masquerade at Covent Garden. Shortly thereafter, he left her alone for closer inspection of a coy "saucy little piece" that he's been quizzing from afar. What was that Cyprian's name?

Nancy, despite being discarded after his lordship's marriage, did him a great service by revealing Hero's attendance at one Mrs. Charlotte Gillingham's card party, a creature of Revesby.
16. In their endless cat and mouse game, George has learned that Bella's favorite flower is the violet. Though out of season, George obtained a posy of those lovely buds and sent them to his beloved. Confident that she should know immediately their origin, he still thought it prudent to include a note. What flamboyant caption did his "billet doux" contain that gave Hero the giggles?


Answer: If you wear these tonight, I shall know what to think

He wrestled with all of the above but he finally settled on the one to bring disastrous results. Miss Milborne felt that things were going way to fast, and thought that until she herself knew what to think, it would behoove his lordship to remain in his present uninformed state.
17. One can always count on Ferdy to lighten the mood in tense situations. When Sir Montagu Revesby was confronted by the girl claiming her baby was his and, to be sure, one had to just look at the infant to prove the very thing, what was Ferdy's rejoinder?


Answer: Queer thing the way females can see a likeness in a baby; his mother said the same thing when his sister Fairford's eldest son was born

Since babies "don't look like anything much", Ferdy is astounded that both his sister and mother would have it that his nephew was the image of poor Fairford.
18. Hero, having lost terribly at play initiated by Mrs. Gillingham, resorted to moneylenders in her effort to shield Sherry from having to pay her debts, as his lordship is himself "badly dipped" after settling day at Tattersall's. What was the name of the establishment which Hero applied to in order to allay her money woes?

A heavily veiled Hero paid a visit to the very successful firm of "philanthropists" Messrs. Howard & Gibbs, who showed an initial disinclination to accommodate her until she disclosed her identity; their manners underwent a most gratifying change.
19. Who/what is the Brixham Pet?

Hero, an unconventional female such as Mr. Tarleton has never met before, has regaled the latter with all sorts of cant and sporting knowledge culled from Sherry's vocabulary including the existence of the next prize fighter champion, The Brixham Pet.
20. Mr Tarleton, fully alive to the charms of young, romantic Ms. Wantage, has settled on a most dashing elopement plan for the owner of his heart. How did Sherry discover Mr. Tarleton's playful abduction of his wife?


Answer: Jason, seeking to tell Hero how both he and the Viscount miss her and to entreat her to come home, has witnessed the abduction

Jason has skillfully obtained intelligence from Hero's maid Maria that her mistress would be walking the dog at a certain time. He took the opportunity to go ask Hero to return home, but walked in on the abduction instead.
Source: Author bazolian 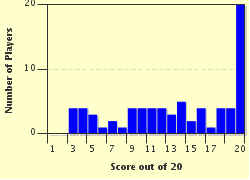 
Other Destinations
Explore Other Quizzes by bazolian