Georgette Heyer's books have been popular for eight decades, and are still in print. This quiz will test your knowlege of the books, and of their author.

Quiz Answer Key and Fun Facts
1. Georgette Heyer used this form of her name for all her books, whether they were detective fiction, thrillers, historical novels or romances, but what was her real name?

Georgette Heyer was named after her father, George, and she had a brother called Boris. After her marriage to Ronald Rougier, Q.C. she always used "Mrs Rougier" in private life.
2. Which Heyer heroine wore a dress with coquelicot ribbons when she wanted to discourage a callow suitor?

Deb was the one with the ribbons. She was trying to persuade young Lord Adrian Mablethorpe that she was not his kind of wife.
3. Georgette Heyer's son married a divorcee named Suzy who had two little boys. Is this true?

Georgette Heyer was at first disconcerted when her son married someone who had been married before, but she and Suzy became very good friends and Heyer referred to her daughter-in-law as "the daughter we never had, and thought we didn't want".
4. Which Heyer novel includes the following elements? A very tall hero and heroine, a love-struck highwayman, gold coins.

Captain John Staple and his lady, Nell Stornaway, were both unusually tall, and Nell's maid "the most respectable creature" was in love with a highwayman named Jeremy Chirk.
5. Georgette Heyer wrote her first novel, "The Black Moth" while quite young. What was her primary purpose in writing this book?


Answer: To amuse her brother, Boris.

Heyer apparently wrote the novel to amuse her brother. Later in life, she appeared to have a love/hate relationship with the romance genre she helped to establish, but at this point she was neither disillusioned nor typecast.
6. "Friday's Child" had a hero usually known by an alcoholic name and heroine with an unusual name. What were they called?

Hero was named after the girl in the Greek story, but the carelessly friendly Sherry usually called her Kitten. Disappointed in love, Sherry vowed to marry the first female he saw, which turned out to be Hero.
7. Georgette Heyer had a "big book" project to which she returned when she had time. She hoped this would make her reputation as a serious novelist. Not a regency, this book was to be set in a period she called "Armour". Parts of it were published after her death. What was the book?

Georgette Heyer died with "My Lord John" still unfinished, but her husband had the existing portions published. "Simon the Coldheart" was an early Heyer title; one she wanted suppressed. "The Gauntlet" was by Robert Welch and "Bows Against the Barons" by Geoffrey Trease.
8. Sophy Stanton-Lacy is one of Heyer's liveliest heroines. She goes to stay with the Rivenhall family and readjusts their lives. Sophy frequently quotes "Sir Horace" as her mentor. Who is Sir Horace?

Sophy respects her father greatly, but she comes unstuck when she tries to organise his indolent fiancee and prevent her from eloping... Sir Horace has changed his mind about the marriage.
9. Where did Georgette Heyer's surname come from originally?

The name was originally Russian. You may be interested to know that there are about 60 entries for "Heyer" in the Australian telephone directory!
10. Why did Mary Challoner elope with Dominic Alistair, The Marquis of Vidal?


Answer: She wanted to save her sister Sophia's reputation.

Mary heard that her sister Sophia was planning to run away with Vidal. Dreading the scandal and hoping to save Sophia from ruin, Mary put on a veil and eloped in her sister's place. She hoped this would put Vidal off the whole idea, but instead, he abducted her.
11. Georgette Heyer depended on someone else to help her work out plots for her detective novels. Who was it?

Ronald Rougier, Georgette Heyer's husband, was a barrister, and helped her plot her detective novels. She wrote a dozen or so, but they were never as popular as her romances.
12. Which Heyer heroine shot her hero?

Mary Challoner shot Lord Vidal to preserve her honour after he abducted her. She told him she wasn't sure if the pistol was loaded. It was.
13. Who wrote Georgette Heyer's biography?

"The Private World of Georgette Heyer" was by Jane Aiken Hodge, published in 1984.
14. Which Heyer heroine was an author?

Venetia Lanyon proposed to Jasper Damerel, suggesting that if he wouldn't marry her she'd build a willow cottage at his gates. It wasn't lack of love that held the couple apart, but Damerel's notion that he was too shopworn to become her husband.
Source: Author Sallyo 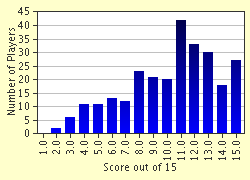