Many of Jane Austen's important characters had younger siblings. Of course, as is often the fate of younger siblings, they are overlooked and sometimes feel left out. Let's give them a chance to shine!

Maybe the reason Margaret is not emphasized is because she is not yet of courting or dancing age! She cannot yet involve herself in romantic entanglements or be supposed to harbor a secret passion.
2. Which of Elizabeth Bennet's younger siblings was not particularly interested in the officers ("Pride and Prejudice")?

Jane was NOT younger than Elizabeth. Lydia and Catherine were often found flirting with officers. Mary, on the other hand, was usually more interested in a book or a song than any military man. She probably knew that she wouldn't attract much attention if her prettier sisters were around! Poor Mary...
3. Mr. Darcy's younger sister was as haughty as her brother ("Pride and Prejudice").

Georgiana was actually very shy. Maybe she was afraid that she would meet another Mr.Wickham...
4. Which Jane Austen character did NOT have any younger siblings?

Emma was the youngest, but it did not give her an inferiority complex. She was spoiled!
5. Name Anne Elliot's younger sibling (hint: she was a hypochondriac) ("Persuasion").

Mary may have been the youngest sibling and may often have felt ignored, but she did take comfort in the fact that she was the first to be married.
6. Thomas Bertram had three younger siblings ("Mansfield Park").

Edmund may have seemed like the eldest, but that honor went to his less responsible brother, Tom.
7. Which Bennet girl was the youngest ("Pride and Prejudice")?

Despite being the youngest, she was the first to be married at just 16.
8. Does Ms. Anne de Bourgh have any younger siblings ("Pride and Prejudice")?

She is, as her mother likes to say, the sole heiress. Unfortunately for her, that does NOT impress Mr. Darcy.
9. Name the sibling of Fanny Price who eventually moved to Mansfield Park ("Mansfield Park").

She was basically a replacement for Fanny, but she did not seem to mind that too much. After all, she did get to escape her original home and all her irritating brothers and sisters.
10. Julia Bertram was interested in Mr. Crawford ("Mansfield Park").

Unfortunately (or maybe fortunately, depending upon the way you look at it), Mr. Crawford was more interested in Fanny and Maria. Once again, Julia was outshone by her older sister. She eventually settled for Mr. Yates.
Source: Author aechica3133 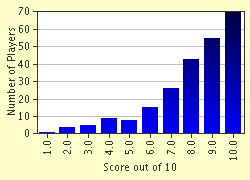 
Other Destinations
Explore Other Quizzes by aechica3133