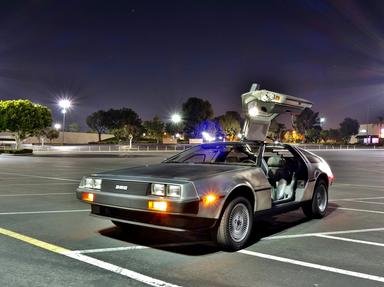 Quiz Answer Key and Fun Facts
1. Who was originally supposed to play the part of Marty?

According to E! Entertainment Television's 101 Best Kept Hollywood Secrets, Eric was fired halfway through production by Robert Zemeckis because he thought Eric was too serious of an actor for the light-hearted movie.
2. When George McFly is watching 'The Honeymooners', what board game is sitting next to the tv?

Again, you just catch a glimpse of it.
3. How many miles were on the Delorean just before Marty went to 1955?

The odometer is shown just before Marty hits 88mph in the parking lot of Twin Pines Mall.
4. What kind of store is to the left of the Texaco in 1955?

Schwinn bicycle store. When Marty walks into town you see it.
5. What brand of beer was Lorraine's father drinking at the dinner table?

You can see the bottle when he asks Marty who JFK is.
6. How much was gasoline in 1955?

The price was written on a chalk board when Marty was trying to open a Pepsi bottle at the gas station.
7. What is Marty's house number?

It can be seen when George and Lorraine are standing at the door of the house when Marty returns from 1955.
8. What was the address given for Lou's cafe?

Shows the address on the envelope Marty put the letter in for Doc.
9. What is the name of the peanut brittle George is eating?

The name can be seen as he pours it in to a bowl.
10. Who is running for Senior Class President in 1955?

As George was getting kicked in the hallway, a sign over his left shoulder read " Ron Woodward for Senior Class President". It was only suggested that George run for president at the dance.
Source: Author LoraineMcFly 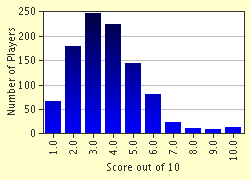 
Other Destinations
Explore Other Quizzes by LoraineMcFly