All About Elvis, Part 1 Trivia Quiz

This quiz is all about the King of Rock and Roll! Good luck!

Patsy Presley is Elvis' double first cousin. Her mother was Gladys' sister and her father was Vernon's brother. Thanks to JDavis3874 for providing me with Patsy's married name.
2. What did Elvis and his Entourage do every 4th of July?

Bear was the name of Elvis' Tennesse Walking Horse. He would ride him in full show regalia. And according to Priscilla, if Elvis would have been able to sell tickets, it would have matched his Las Vegas intake.
4. What was Elvis' address while he was stationed in Germany?

While stationed in Germany, Elvis' address was 14 Goethestrasse. This is the house that was rented for his father, grandmother, and himself. This was also the place where he and Priscilla met for the first time.
5. What hospital was Lisa Marie born: _____ _____ Hospital?

On February 1, 1968, Lisa Marie was born at Baptist Memorial in Memphis, Tennessee.
6. What was the original name of the Las Vegas hotel that Elvis signed a contract to perform at: The _________ Hotel?

Elvis performed at the International Hotel in Las Vegas twice a year at the then unheard of salary of $1 million dollars. Elvis initially signed a contract with the International Hotel in Las Vegas, but before the end of that contract the hotel was taken over by the Hilton Group and became the Hilton Hotel, Las Vegas -- later re-named simply the Las Vegas Hilton. (Elvis and Me by Priscilla Presley)
7. What did Elvis name his ranch?

Elvis christened his ranch The Circle G for Graceland. The ranch had a small house, which Priscilla hoped they would use, but Elvis wanted to live in a trailor that was set up near the Entourage.
8. What kind of gun did Elvis use to blow away two television sets?

Elvis shot out two television sets with a 357. Magnum because he didn't like Robert Goulet and Mel Torme.
9. When did Elvis and Priscilla get married?

On May 1, 1967, Elvis and Priscilla were married. Nine months to the day she gave birth to Lisa Marie.
10. What was the name of Elvis' grandmother?

Minnie Mae Presley was the name of Elvis' beloved grandmother. He gave her the nickname of Dodger, because during a temper tantrum when he was little, Elvis threw a baseball and it missed her head by a few inches!
Source: Author DakotaNorth 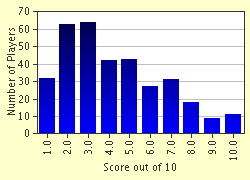