All about the man we all love!

Quiz Answer Key and Fun Facts
1. At what time was Elvis Presley born?

He was born at 4:35 A.M., 30 minutes after his brother. His brother, Jesse Garon, was stillborn. Throughout Elvis's life, he believed he could talk to Jesse.
2. Where was the first house that Elvis bought located?

Elvis bought this house for his mother. His parents did not even have to cut the grass because the crazed fans would take pieces of it as souvenirs.
3. What was Elvis's original hair color?

He dyed it jet black when he went into acting.
4. What shape is Elvis's pool at Graceland?

It is in the shape of a Kidney. Odd, isn't it?
5. What is the address for Graceland?

His home was called Graceland. It was built in 1939 by Dr. Thomas Moore. It was named after his aunt Grace Toof.
6. Elvis wore a white suit with a black scarf for part of the '68 Special.

The scarf was red.
7. In what year did Elvis die?

He died at a young age. His mother also died in her forties.
9. What president is Elvis related to?

He was a direct descendant from Abraham Lincoln's great grandfather.
10. How old was Lisa Marie Presley when her father died?

She wasn't very old. She didn't really know what was going on.
Source: Author elvislvr 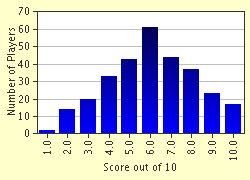 
Other Destinations
Explore Other Quizzes by elvislvr