Most Elvis fans and music collectors can easily recall the basic facts of Elvis' career. Here are a few questions designed to educate and entertain! Enjoy!

Quiz Answer Key and Fun Facts
1. What was the day, month, and year of Elvis' first commercial record release?

"That's All Right (Little Mama)", Elvis' first recording session, was booked on July 6, 1954. Most remember the famous now legendary story of Elvis, Scotty Moore, and Bill Black, taking a break from recording, and Elvis ad-libbing to Arthur "Big Boy" Crudup's song. Producer/owner of Sun Records, Sam Phillips, ran into the recording area, and asked what the boys were doing. "We don't know" was their basic reply. "Well, whatever it is do it again". Those other dates: 10 May 1956: Elvis' first recording session for RCA. 30 June 1953: Elvis would graduate from Humes High School around this time. And 8 January 1956 is a day EVERY Elvis fan recalls: Elvis' birthday.
2. When was the day, month, and year of Elvis' official final commercial release (in his lifetime)?

The title of his final studio album was "Moody Blue." Elvis Presley recorded all the studio track recordings at his home, Graceland, in the den area, which the fans would later refer to as "The Jungle Room." The title track of this album, "Moody Blue", topped the Country Music charts, on February 19, 1977.

The Saturday, August 13, 1977 edition of "Billboard Magazine" posted the LP "Moody Blue" at number 24 on the Top 200 charts. Release dates and other interesting information about our man's recording career and music chart successes can be found in several books dedicated to this subject, one of which is Ernest Jorgensen's "Elvis: A Life In Music."And those other dates: 8 January 1977 was Elvis' 42nd birthday. 26 June 1977 was Colonel Parker's birthday, and the date of Elvis' final concert performance, and one of the saddest days in music history: 16 August 1977, the day Elvis said "Goodbye." Rest In Peace Elvis.
3. What was the title of the "limited edition release", with picture sleeve, and on a white vinyl 45 RPM, in 1978?

Released in Canada ONLY in 1978. On this track, which was also featured on the LP, "Moody Blue," Elvis accompanies himself at the piano. This performance was filmed during Elvis' last concert tour, "Elvis In Concert" (Televised on October 3, 1977) but, was cut from the final edit of the TV special.

This song was also made world famous by The Righteous Brothers. I was very pleased, as one can imagine, when I noticed this item in the record shops back in the day. Record Collectors know this gem is valued at $30 - $40 Canadian Dollars today. My copy? I gave it away as a gift to a record collector years ago.
4. What was the city and state of Elvis' final concert?

Elvis would perform 55 shows during the final year of his life. His final concert tour year would begin on February 12, 1977 in St. Petersburg, Florida. Elvis Presley would embark on exhaustive and extensive tours from 1970 through to June 26, 1977, performing, by some records, 1,100 concerts.

The seminal publication which lists all this information is titled, "Elvis - All Shook Up, Day By Day, 1935 - 1977" by author Lee Cotton. The other places: Elvis played his "final" Memphis, TN concert on July 5, 1976.

He played his "final" New Years Eve show on December 31, 1976. And his "final" Vegas gig was December 12, 1976. Our man shared a lot of dates with his fans. Thanks Elvis!
5. What year did Elvis permit changes to the decor of Graceland, for the very LAST time in his lifetime?

Before the mansion was opened for tours on June 7, 1982, Elvis' ex-wife, Priscilla, had altered the decor of Graceland. However, one of Elvis' girlfriends, Linda Thompson, had decided on quite a different and unique furnishing style and color scheme in 1974 - "Louis XV" furnishing in red and gold. Elvis' beloved home, "Graceland" was re-decorated and renovated over the years: the racquetball court was constructed on the property in 1975.

Information regarding the interior decor of Graceland can be found in several publications over the years since Elvis' passing. One of those is author Jerry Hopkins, "Elvis - The Final Years." The other dates? 1958 was the 2nd and final year Gladys, Elvis' dear mother enjoyed the decor of Graceland. 1969 was the year Elvis would be spending less time at his primary home and more time at his 2nd "home", Las Vegas. Elvis would perform a lot of concerts in Las Vegas during the 1970s. And of course, 1977 was the last year Elvis would enjoy the sanctuary offered by the familiar decor of Graceland.
6. When asked why Elvis wore the "Chai" necklace, (1977) reportedly, what was Elvis' light-hearted response?


Answer: I don't want to miss out going to Heaven on a technicality.

Elvis Presley was a very well-read individual in his private life, according to various stories published since his death. Some of the jewellery Elvis wore around his neck reflected his personal beliefs. This interesting, and unique necklace was apparently made of 18K yellow gold. If you have the opportunity to view pictures of his dear mother, Gladys', grave marker, you may notice the "Star of David" emblem presented there. Research continues to his day on Elvis' life, and it has been revealed in recent years that some members of his family tree were Jewish. We know Elvis Presley said this as he has been quoted in biographies about this life released over the years, one of which was Jerry Hopkins', "Elvis: The Final Years."
7. When Elvis decided to purchase the "Lisa Marie", who, of all the members of his "Memphis Mafia", did Elvis trust with the assignment of completing the transaction?

Elvis decided he required his own private jet to transport him and members of his immediate entourage to all the cities he toured during the 1970s. This member of the Memphis Mafia was a friend, confidante, and employee of Elvis. Mr. Esposito visited a "bone yard" for used aircraft in Texas, and during one of these visits he contacted Elvis to announce he had found the "perfect" aircraft for him: a 1958 Convair 880 (the identification call lettering seen on the tail fin would eventually read, "N880EP").

He enthusiastically invited Elvis to view the plane. Elvis' reply was characteristically simple and to the point: "If you like it, just buy it...." Mr. Esposito has been quoted in interviews as stating that Elvis' personal plane, the Lisa Marie was his most expensive "toy."
8. Elvis wanted to show his appreciation to T.G. Sheppard, recording artist, by purchasing the artist his first tour bus. This time whom did Elvis confide in to close the deal on this tour bus?

Elvis was known for his legendary generosity and this case was no exception. Speaking of Elvis buying gifts for others; a rising star to the field of country music was Mr. T.G. Sheppard, in 1975. Elvis was very impressed with this young singer and his artistic talents. Mr. T.G. Sheppard remained good and true friends with Elvis and J.D. Sumner forever.
Mr. Sheppard would become famous in the music industry for recordings such as "Devil in a Bottle" and "Trying To Beat The Morning Home."
9. Elvis did engage in some over-dubbing during his recording career, but, what word(s) would accurately be used to describe Elvis' method of recording in the studio 99% of the time?

During the 1968 NBC-TV Special known to fans as, "Elvis - The Comeback Special" our man, Elvis, was heard offering his views reflecting upon the improvement of engineers and recording techniques over the years. Over the years legend has it that Elvis did not like to record vocal over-dubbing, or instrumental re-recording on his records. Felton Jarvis, hired by Elvis as his producer in the 70s definitely "experimented" with over-dubbing of various backing instruments and vocals, to create a "wall of sound" behind Elvis' voice. Elvis audiophiles who are seriously interested in such matters will find many references to Elvis recording vocal over-dubs on recordings throughout the 1970s.

However, the "rule of thumb" is that Elvis preferred to develop a song live with the band in the studio.

The TCB Band have been cited during interviews that witnessing Elvis record in the studio was much like watching a live performance from "The King." We miss Elvis. According to studio notes, Elvis "over-dubbed" his vocal for the track, "He'll Have To Go" which as every fan knows was released on Elvis' final studio LP, "Moody Blue." "
10. What posthumous release featured Elvis' STUDIO recording of "My Way"?


Answer: Walk A Mile In My Shoes The 70s Essential Masters

Elvis' certainly made the recording of the popular song, "My Way" his very own. Most fans are familiar with Elvis' live version from the TV Special, "Aloha From Hawaii," (1973) and "Elvis in Concert" (1977). He introduced the song in his live set during 1972. I was very surprised and pleased to discover a studio recording of Elvis and the TCB Band record a version on June 10th, 1971. In my opinion, this was definitely another one of Elvis' "signature" songs.
Source: Author BenTNickel 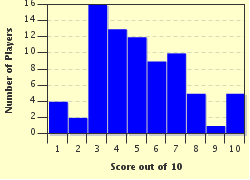 
Other Destinations
Explore Other Quizzes by BenTNickel