A quiz all about the music of the greatest singer that has ever breathed.

Quiz Answer Key and Fun Facts
1. "A Boy Like Me, A Girl Like You" featured in which film?

The title song was by Lieber and Stoller the same guys who wrote "Jailhouse Rock". It features the Jordanaires burping in the background!
2. What was the flip side of "That's When Your Heartache Begins"?

"All Shook Up" was recorded in January 1957 at Radio Recorders in Hollywood. It featured Scotty Moore, Bill Black, D J Fontana, The Jordanaires and Dudley Brooke on piano.
3. What song was first recorded live onstage at the Las Vegas Hilton in 1972?

"An American Trilogy" is a combination of three American Civil War songs; "Dixie", "All My Trials" and "Battle Hymn Of The Republic". It was released as a single in May of 1972, and featured heavily in Elvis' stage performance. One of his best songs.
4. "Let the stars fade and fall" is the opening line of which 1958 film song?


Answer: As Long As I have You

The song is from the movie "King Creole", a 1958 film based on the book "A Stone For Danny Fisher" and co-starred Walter Matthau and Vic Morrow.
5. "Beachboy Shack" is a song from the film "Blue Hawaii"

The correct answer is "Beachboy Blues" in which Elvis and the Jordanaires find themselves in a jail cell after a fight. There is no "Beachboy Shack" it is actually "Beach Shack" from the film "Spinout"
6. Complete the title of this song; "Because of________"

A typical movie ballad with a light orchestral touch. Recorded in March 1962 in Hollywood for "Girls! Girls! Girls" and released on the soundtrack LP in March.
7. Who was the director of the "'68 Comeback Special"?

Only a young director but credited, because of the opening sequence, with the beginning of The King's comeback.
8. Which song, recorded in 1976, could be evocative of Elvis' own despair at the end?

A sad ballad that could really be as though Elvis had written it himself. Recorded in February 1976 and released on the album "From Elvis Presley Boulevard, Memphis, Tennessee".
9. What song does Elvis sing, with the only music provided by a music box, in the film "Blue Hawaii"?


Answer: Can't Help Falling In Love With You

Recorded in 1961 for the film "Blue Hawaii", it has Elvis singing to his girlfriend's grandmother with the tune coming from a music box he had bought her.
First released live on "Elvis (NBC Special) in 1968 and it became the staple ending of his stage shows, after which he would make his exit.
10. What was the only film in which Elvis DID NOT sing, apart from the title song?

The only film in which Elvis did not perform. It is a dramatic western of the type, if given the chance, Elvis would have excelled at. The film and song are both from 1968 and it is the one of the last recorded songs before the great Memphis Sessions of 1969. Released as a single in 1969 with "Memories" as the flip side.
11. What movie song featured Elvis and the first instance of Elvis using a female vocalist?

A R & B number from "King Creole". The female vocalist, Kitty White, sings almost one word and nothing else, that of the song title. Recorded in January 1958 and released in August 1958 on the soundtrack LP.
12. What song is performed in "That's The Way It Is" but NOT released on the soundtrack album?

A hit for Ray Charles in 1966 and performed by Elvis in TTWII (1970) but for some reason not released on the album.
13. Which country song, performed many times on stage, tells of an airport getting him down?

Recorded in March 1971 at RCA Nashville and released in February of 1972 on the LP "Elvis Now". Although performed at many concerts, the films of these show it, it was not released again on an album until the album "Elvis In Concert" in 1977. It features in "Aloha From Hawaii" with Elvis performing it on stage whilst a "video" is played of a man walking on the beach.
14. Which of Elvis' associates wrote "Separate Ways"?

Written in 1972 by Red West about Elvis' split from Priscilla. Charlie Hodge provides background and it was recorded in March 1972 at MGM Recording Studios in Los Angeles. Released in November 1972 with "Always On My Mind" as a Double A side. Performed live in "Elvis On Tour"
Of course, not long after this, Elvis and Red would go their separate ways as well.
15. "You're not a dream, you're not an angel" is the opening line to which 1971 release?


Answer: Until It's Time For You To Go

First recorded, and written by, Buffy Sainte-Marie in 1970 as a folk song, Elvis turned it into a ballad with piano and strings and complemented by The Imperials.
Recorded in May 1972 at RCA Nashville and released in January 1972 with "We Can Make The Morning" as a double A side. It features in "Elvis On Tour" (1972) and released on the albums "Elvis Now" (1972) and "Elvis - A Canadian Tribute" (1978)
Source: Author Top Teacher 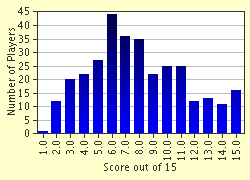 
Other Destinations
Explore Other Quizzes by Top Teacher