Before 'Danger Days', My Chemical Romance wrote a collection of songs which they later scrapped. The unreleased album was made available in 2012 and 2013, shortly before the group disbanded.

Share on Facebook
Share on Twitter
Share by E-Mail
Author
AcrylicInk
Time
4 mins
Type
Multiple Choice
Quiz #
386,688
Updated
Dec 03 21
# Qns
10
Difficulty
Average
Avg Score
7 / 10
Plays
99
This quiz has 2 formats: you can play it as a or as shown below.
Scroll down to the bottom for the answer key.


Answer: It was released two singles at a time over five months.

'Conventional Weapons' was released over a period of five months. 'Boy Division' and 'Tomorrow's Money' were made available in October 2012. Two tracks were released each month, ending with 'Surrender the Night' and 'Burn Bright' in February 2013. The tracks were available as records and digital downloads.
2. One of the songs on 'Conventional Weapons' is the name of a vehicle. What is it?

'Ambulance' is a track from the second release, made available in November 2012. Some of the lyrics talk about being proud of your individuality, like 'We are not the same/ 'cause we are not afraid/ and we are not ashamed'.
3. What is the next part of this line? 'The world is ugly but...'


Answer: you're beautiful to me.

These lyrics are from 'The World is Ugly'. One of the final lyrics in this song is 'like ghosts in snow', which is also part of a line in a much earlier song by My Chemical Romance. 'Vampires Will Never Hurt You' (from their first album 'I Bought You My Bullets, You Bought Me Your Love') ends with 'Fatality is like ghosts in snow'. Maybe there's a link between the songs, or maybe it's just an intriguing image that the band wanted to revisit.
4. Which song's lyrics contain all of these phrases? 'our heroes are dead'; 'we all look the same'; 'choke down the words'; 'screaming for revolution'.

'Conventional Weapons' was recorded in 2009, just before the band started working on 'Danger Days: The True Live of the Fabulous Killjoys'. Sometimes it's possible to hear how the scrapped songs influenced tracks on their fourth studio album. 'Tomorrow's Money' has similarities to 'Vampire Money': not only are the titles almost identical, both songs seem to be about selling out. 'Vampire Money' has the lyric, 'Gimme gimme some of that vampire money come on'. Similarly, 'Tomorrow's Money' ends with 'Because rebellion's not a t-shirt you sell/ you keep your money and I'll see you in hell'.
5. Which song title on 'Conventional Weapons' has four exclamation marks at the end of it?

'Make Room' (part of the the fourth release in January 2013) isn't the only song title containing punctuation: 'Gun.' also ends with a full stop. 'Gun.' was part of the second release in November 2012.
6. Which song ends with the line, 'But tonight belongs to me'?

'Surrender the Night' was part of the fifth and final release of 'Conventional Weapons' in February 2013. Some of the lyrics are a driving metaphor: 'Everyone's a passenger tonight/ just another accident on the freeway of this life/ we'll drive on, and on' and 'Through the windshield sailing/ with these airbags failing'. To me, it sounds like a metaphor for depression and suicide.
7. Which song contains the lyrics, 'Sometimes we must grow stronger and you can't be stronger in the dark/ when I'm here no longer you must be stronger/ and if I could be with you tonight I would sing you to sleep'?


Answer: The Light Behind Your Eyes

'The Light Behind Your Eyes' is from the third release in December 2012. The chorus goes, 'If I could be with you tonight/ I would sing you to sleep/ never let them take the light behind your eyes'. Fans interpret 'the light' in different ways. Some think it is a positive mental attitude, and others think it is life itself.
8. Which song begins with the lyrics, 'So give me all you've got, I can take it'?

Those lyrics are from the song 'Burn Bright'. At the time of recording, My Chemical Romance consisted of singer Gerard Way, Ray Toro and Frank Iero on guitar, drummer Bob Bryar, and bassist Mikey Way. 'Conventional Weapons' was produced by Brendan O'Brien, who has also worked with Bob Dylan, AC/DC, and Red Hot Chili Peppers, among other notable bands.
9. Which word goes with 'Division' to make a song title on 'Conventional Weapons'?

In total, ten tracks were released as part of 'Conventional Weapons'. On his blog, Frank Iero clarified why the songs were originally scrapped in favour of working on new songs for 'Danger Days'. He said that even though he liked the tracks, 'they just so happened to have been created in the wrong place, at the wrong time, and we as their parents were not ready to raise them just yet... and so they sat and waited'.
Source: Author AcrylicInk 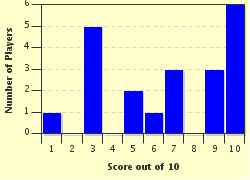