Here's a quiz on the lyrics to My Chemical Romance's album 'Three Cheers for Sweet Revenge'.

Quiz Answer Key and Fun Facts
1. OK, here we go, I'll put lyrics, you name the song. "Well if you wanted honesty, that's all you had to say"

My Chemical Romance had an album out prior to "Three Cheers...". It was called "I Brought You My Bullets, You Brought Me Your Love".
2. What song are these lyrics from? "He calls the mansion not a house but a tomb, he's always choking from the stench and the fume, the wedding party all collapsed in the room"


Answer: To The End

My Chemical Romance are from New Jersey, USA.
3. "I never said I'd lie and wait for ever, if I died we'd be together, I can't always just forget her, but she could try" are the lyrics from which song?


Answer: The Ghost of You

My Chemical Romance are Gerard Way (vocals), Ray Toro (guitar, vocals), Frank Iero (guitar, vocals), Mikey Way (bass) and Bob Bryar (drums).
4. Which song are these lyrics from? "Long ago, just like the hearse you die to get in again. We are, so far from you".

Mikey Way, the bassist, is singer Gerard Way's brother.
5. "Wait until it fades to black, ride into the sunset. Would I lie to you? Well I've got something to say" are from which song?

The song "Helena" was written by Gerard Way about his grandmother, Elena Lee Rush. The album "Three Cheers for Sweet Revenge" was dedicated to her memory.
6. What song are the lyrics "Sister, I'm not much of a poet but a criminal, and you never had a chance" from?


Answer: thank you for the venom

The sleeve artwork for "Three Cheers for Sweet Revenge" was by Gerard Way.
7. True or False - the lyrics "Oh Baby, here comes the sound. I took a train outta New Orleans and they shot me full of ephedrine" are from 'Give 'Em Hell, Kid"

My Chemical Romance are friends with The Used, and the two bands have performed a cover of "Under Pressure" together.
8. What song are the lyrics "Gaze into her killing jar, I'd sometimes stare for hours" from?


Answer: The Jetset Life Is Gonna Kill You

In 2001, Gerard was trying to sell an animated television series to the Cartoon Network called "The Breakfast Monkey" about a Scandinavian flying imp who had a special power called Breakfast Magic, that allowed him to create and manipulate an assorted menu of breakfast food. It was rejected by Cartoon Network.
9. "This night, walk the dead in a solitary style and crash the cemetery gates" are the lyrics from which song?

Matt Pelissier was the original drummer, but he quit and was replaced by Bob Bryar.
10. What song are the lyrics "In the middle of a gunfight, in the centre of a restaurant, they say come with your arms raised high" from?


Answer: You Know What They Do To Guys Like Us In Prison

The song "I'm Not Okay (I Promise)" has two videos, one set in a school, the other filmed at concerts.
Source: Author Nat_mermaid 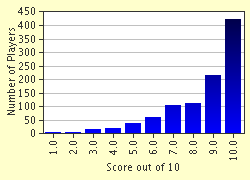 
Other Destinations
Explore Other Quizzes by Nat_mermaid