Do You Know Blink-182? Trivia Quiz

How much do you know about the band Blink-182?

Quiz Answer Key and Fun Facts
1. Who is the oldest original member of Blink-182?

Someone anonymously sent Adam an e-mail that a kid had written to his parents. The entire band wrote the song, though. The line of the song ("I took my time, I hurried up, the choice was mine, I didn't think enough") refers to the line, "Take your time, hurry up, the choice is yours, don't be late," from Nirvana's 1991 song "Come As You Are."
3. Pick the correct band member and instrument played pairing.

Tom and Mark both sing, but Tom plays guitar and Mark plays bass. Travis plays drums. He wasn't the first drummer for Blink-182. Scott Raynor was the first drummer, but he was kicked out of the band because of either his drinking problem or his desire for higher education (sources vary).
4. Which two band members were also in the band Boxcar Racer?

Boxcar Racer was just a side project formed by Tom DeLonge and drummer Travis Barker, while they were still in Blink-182. This was prior to the 2005 breakup of Blink 182.
5. Which members were in the band +44?

Tom played a small part as a Burger Jungle employee. "Idle Hands" was directed by Rodman Flender.
8. Travis was in a band before joining Blink-182. What was the band's name?

Travis was the drummer for the Aquabats before Scott left Blink-182. However, when Travis joined Blink-182, he stopped playing with the Aquabats.
9. Travis suffered a traumatic event in 2008. What was it?

DJ AM was also in the plane crash with Travis in South Carolina. They both survived, but in 2009, DJ AM died of a drug overdose. This caused some shows from the Summer 2009 Blink-182 Reunion tour to be canceled.
10. Which member once believed in aliens and publicly discussed this belief?

The song "Aliens Exist" was about Tom's belief in aliens. He also admitted that he once bought a computer just to research things about aliens.

"Meet The Barkers" ran from April 6, 2005-February 7, 2006. Travis shared the show with his then-wife Shanna and their son, Landon. They were later joined by daughter Alabama.
12. Mark Hoppus made a guest appearance on a television show in 2002. Which show did he appear on?

Marc appeared on one episode of the show "Haunted" in 2002. The show aired on November 5, 2002. It was Season 1, Episode 7. Mark played Tim Martin.
13. Which two members started Atticus Clothing and Macbeth Footwear?

After their break up in 2005, the members all went off their own ways. Then Travis' injuries in the 2008 plane crash brought about a reopening of communication. This was a major event in the reuniting of Blink182.
15. Tom DeLonge directed the music video for "This Photograph is Proof (I Know You Know)" by Taking Back Sunday.

"This Photograph Is Proof (I Know You Know)" was released on Taking Back Sunday's album "Where You Want to Be" (2004).
Source: Author mixtape93 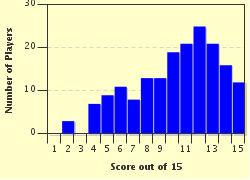 
Other Destinations
Explore Other Quizzes by mixtape93