Led Zeppelin- The Music And Beyond Quiz

This quiz is about the amazing music of Led Zeppelin and the equally amazing members.

Quiz Answer Key and Fun Facts
1. Which of the following is NOT a Led Zeppelin album?

All of the others are albums, but "Pictures At Eleven" is the name of a Robert Plant solo album.
2. The Feather Of Ma'at was whose symbol?

"The feather of Ma'at, the Egyptian goddess of justice and fairness, is the emblem of the writer."
3. Whose symbol is the 3 triangles?

Sandy Denny was the person who sang back-up vocals for "The Battle Of Evermore" and her symbol can be seen beside the song name on the fourth album.
4. What was the name of the 1994 reunion of Jimmy Page and Robert Plant? (They released a CD of the same name.)

"No Quarter: Robert Plant and Jimmy Page Unledded" is the full title. They made a CD together re-doing a bunch of Zeppelin songs and you can now get it on DVD. "Now And Zen" was the 1988 reunion, and "Walking Into Clarksdale" was the 1998 reunion.
5. Who is "Traveling Riverside Blues" originally by?

Robert Johnson was nicknamed "King Of The Delta Blues" and was, in my opinion, the best blues artist of all time. Eric Clapton did an album of all Robert Johnson material entitled "Me And Mr. Johnson".
6. At the Freddie Mercury Tribute Concert, what Led Zeppelin song did Robert Plant perform before breaking into "Crazy Little Thing Called Love"?

He did the first and last verse, and Brian May did an amazing job on guitar.
7. What song is this line from: "My my, la de la, come on now, it ain't to far."?

One of my very favorite Zeppelin songs of all time. Jimmy Page at his best. You can see a promo for this song from 1991 on the Led Zeppelin DVD.
8. Which member Of Led Zeppelin passed away in 1980?

Bonzo, The Beast, whatever you want to call him, was a great loss to the music world when he passed away. He passed out and choked on his vomit (the same way Bon Scott and Jimi Hendrix died). If you can't already tell, listen to "Moby Dick" or "Bonzo's Montreaux" to find out why he was one of the greatest drummers of all time.
9. John Paul Jones played bass, keyboards, and...

This can be heard on such songs as "Going To California" and "That's The Way".
10. What does Page's symbol (ZoSo) mean?

Possibly it is based on Jimmy's astrological sign. The "Z" is the symbol for Capricorn, which is Jimmy's sun sign. The "oSo" is the alchemical sign for Mercury, which early astronomers often mistaken for Saturn. The line on the bottom is similar to the Cancer symbol, which is Jimmy's moon sign.

However, Led Zeppelin have never given an official explanation, so that is all surmise.
Source: Author Led_Zep 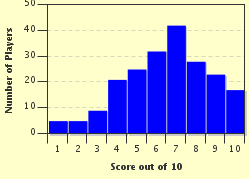 
Other Destinations
Explore Other Quizzes by Led_Zep