Are "Led" heads more dedicated fans than "Dead" heads? I've always thought so. How much do you know about Led Zeppelin? This quiz pertains mostly to the early years of the band.

Quiz Answer Key and Fun Facts
1. What was the band that became known as Led Zeppelin originally called?

Ex-Yardbird guitarist Jimmy Page recruited each other band member one by one to form one of the greatest bands of all time. The Yardbirds played their final shows in July, 1968, then broke up with Page retaining the rights to the band name. The New Yardbirds became Led Zeppelin after their first set of shows in Scandinavia. Page has given several different explanations of the meaning of the band's name.
2. When did the band play their first concert?

This first show was September 7, 1968 and included several songs that would end up on Led Zeppelin I. Several of these early shows also included the Yardbirds biggest hit, "For Your Love", as an encore.
3. What is bassist John Paul Jones' birth name?

Page wrote most of Led Zeppelin's music and produced every album himself. Jimmy Miller was a producer for the Rolling Stones at the time of Led Zeppelin's formation.
5. Many know that drummer John Bonham's nickname was "Bonzo". What was his middle name?

Plant and Bonham were both 20 years old at the time and were dismissed from many bars. Oh, how things soon changed!
7. Which one of these songs by the Who featured Jimmy Page on rhythm guitar?

Page was an in-demand session guitarist in England from about 1962-1966. He and others have estimated that he played on somewhere between 50-90 percent of all the records coming out of England during that time period!
8. Which early Zeppelin song contains these lyrics: "Sweetest little baby, Daddy ever saw, I'm gonna give you lovin', Baby, I'm gonna give you more."?


Answer: Bring It On Home

This is probably my favorite Led Zeppelin song. Old blues set to blaring guitar crunch and bashing drums. It can't be done any better. "Bring it on Home" is the last song on Led Zeppelin II, released in October, 1969.
9. Who was the folk singer immortalized when his name was used in the title of a Led Zeppelin song.

The song is called "Hats Off to (Roy) Harper" and is the final song from Led Zeppelin III, released in 1970. Harper toured with Zeppelin for a time and was described as being a bit of an oddball. Supposedly, he would often watch Zeppelin's set from the wings, shaking a rubber gorilla. The song itself is a funny old blues tune and has nothing to do with Roy Harper.
10. What song from "Led Zeppelin III" features Jimmy Page on banjo?

Page described his banjo picking technique as "a cross between Pete Seeger, Earl Scruggs, and total incompetence.". Sounded pretty good to me. I think I'll make two more Led Zeppelin quizzes. One for the middle years and one for the later years.
Source: Author malcolmsex 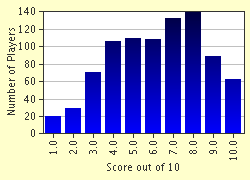