A little quiz on the British superstar, Melanie C.

She was born on January 12, 1974. At Whiston Hospital in Merseyside England. She grew up in Rainhill (a suburb in Liverpool) then moved later on to Widnes (further south). She currently resides in Flinchley, England (just 'round the corner from Emma Bunton).
2. What is Melanie C's full name?

Melanie's full name is Melanie Jayne Chisholm, but she is most known as simply "Mel C." Melanie attended the Doreen Bird Performing Arts College in Kent when she was 16.
3. With what group did Melanie get her start?

The Spice Girls were formed in 1994. After releasing their debut single, "Wannabe", in 1996, the group became a pop phenomenon. Selling in excess of 53 million records, they are one of the most commercially successful female groups of all time
4. Which Spice Girl was she?

Melanie was Sporty Spice because of her "tomboyish" attitude. Melanie C's trademark backflip characterised many of the early performances of Wannabe and has since been copied by pretty much every second rate pop act.
5. With what artist did Melanie start her solo career?

Mel was the first Spice to get on the solo single tip, releasing "When You're Gone," a duet with Bryan Adams, in 1997. One of the best-selling records of the year, it scored a multiple platinum status.
6. What was her first album?

Northern Star, the first solo Spice album, was released in mid-1999. Although touted as nothing but rock, the album features acoustic ballads, dance and R&B. In fact, the title track and second single is more Madonna than the Manics.
7. What was her first single to hit #1 in the UK?


Answer: "Never Be The Same Again"

In 2000 Mel achieved her first solo Number One with Rhett Lawrence produced track "Never Be The Same Again" on which TLC's Lisa 'Left Eye' Lopes provides a rap.
8. What is the name of the record company that Mel has started?

Red Girl Records is a London, UK based independent record label founded by Melanie C, after parting ways with her record label Virgin Records. All of Melanie's activities are decided upon and funded by herself, alongside her business partner and manager.
9. What was Melanie's third single?


Answer: First Day of My Life

The third single from her third album was "First Day Of My Life", a previously unheard Melanie C recording written by Guy Chambers and Enrique Iglesias. "First Day Of My Life" topped the charts in several European countries including Spain, Germany, Sweden, Austria, Switzerland and Portugal.

The single became one of the biggest hits of 2005 in parts of Europe, but it was never released in the UK.
10. When was her album 'This Time' released? 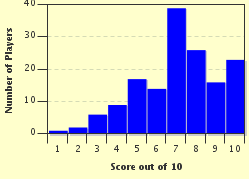 
Other Destinations
Explore Other Quizzes by guyg07