Dennis Lehane is my favorite author at the moment. This quiz will be about his career as a writer and other notable things about him. Enjoy!

Share on Facebook
Share on Twitter
Share by E-Mail
Author
Pejikr
Time
3 mins
Type
Multiple Choice
Quiz #
343,189
Updated
Dec 03 21
# Qns
10
Difficulty
Average
Avg Score
7 / 10
Plays
165
This quiz has 2 formats: you can play it as a or as shown below.
Scroll down to the bottom for the answer key.

Quiz Answer Key and Fun Facts
1. In what New England city, that is also the setting of many of his books, was Dennis Lehane born?

He was born on August 4th, 1965 in Dorchester, Boston, Massachusetts. Fieldston Beach in Marshfield was the location of his summer vacations. Both of his parents were born in Ireland. They both came to the United States by emigrating. He has around 100 first cousins.
2. In what comedy/drama television show does Lehane have a recurring role as one of the main character's poker buddies?

Lehane's role in the show is himself. Lehane also serves as one of the series' writers. Castle's other poker friends are played by Stephen J. Cannell, James Patterson, and Michael Connelly, "Castle's" other scribes.
3. Dennis is the oldest of five children.

He is actually his parents' youngest child. One of his older siblings is a brother named Gerry, who is the most famous of his siblings besides himself. Gerry was born 2 and a half years before Dennis. Gerry is an actor who is highly experienced. Both of his parents worked when he was growing up.

His mom worked in a cafeteria at a school in Boston. His father was one of Sears & Roebuck's employees.
4. What play did Lehane write that is based on his short story "Until Gwen"?

The play was first shown to the world in New York City on December 3rd, 2005. The job of producing it went to The Invisible City Theater Company. David Epstein directed the play. Coronado is about how the past connects a young couple in love, a psychiatric patient standing up to her demons, and a father and son trying to find a stolen diamond and a woman who has disappeared.
5. Who was Lehane's first wife?

Their marriage began to fail around 2004. She was employed as an Assistant District Attorney at the District Attorney's Office in the county of Suffolk. Sheila is the sister of Massachusetts State Representative John Lawn.
6. What liberal arts college did Lehane graduate from?

His stay at Eckerd College was very meaningful to him because he found his passion there, writing. When it comes to his immediate family, he is the first person to successfully graduate from college. Eckerd College is also the place where he got his first agent through one of his professors and in 1988 he graduated.
7. Lehane has never taught at a college.

In an MFA program that was the low residency type he instructed students on fiction writing. He worked on the Board of Directors, too, as an affiliate. Pine Manor college promoted the program. He also taught advanced fiction writing, where his classes were speedily occupied. He taught the subject at Harvard University.
8. What city in Florida did Lehane have a temporary residence starting in June 2006?

Lehane traveled to St. Petersburg so he could be a writer-in-residence teacher at Eckerd College. In the semester starting in the spring he was usually teaching. In 2007, he began to co-direct the Writers in Paradise conference at Eckerd.
9. What independent film did Lehane write and direct in the 1990s?

Lehane could not seek out anyone to buy the film "Neighborhoods" and so it has never been released. The film is set in Boston's working class, and it is to be like "Good Will Hunting". This is even though production wrapped in 1996, while Good Will Hunting's production finished over a year later.
10. Of what HBO drama series did Lehane join the writing staff in 2004?

He joined so he could help the writing of the third season. Lehane has a cameo in the third season's third episode "Middle Ground". The show is about lots of areas of Baltimore, Maryland's society, including the illegal drug trade and the school system. Lehane was also the writer of the fourth and fifth season. The fifth season was the show's final.
Source: Author Pejikr 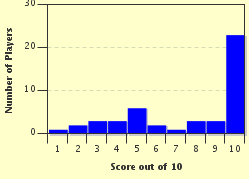 
Other Destinations
Explore Other Quizzes by Pejikr