You've probably heard his name because of the translation of some of his poems, but there is much more to find out about this talented man!

Quiz Answer Key and Fun Facts
1. The full name of the person usually called Omar Khayyam in English-speaking countries was Ghiyath ad-Din Abu'l-Fat'h 'Umar ibn Ibrahim al-Khayyam Nishapuri. The last part of his name tells you that he was born in the town of Nishapur. In what country was this city, which no longer exists, located?

Nishapur was a sizable city in what is now northeastern Iran. It was founded in the 3rd century, and its significance increased steadily until, in 1037, it was chosen as the capital of the Seljuq dynasty. It was a major centre of commerce and intellectual activity until it was destroyed by the Mongols in 1221.

Ghiyath ad-Din Abu'l-Fat'h 'Umar ibn Ibrahim al-Khayyam was born there in 1048, and spent much of his youth studying (mathematics, philosophy and theology) under the tutelage of some of the great minds of his time. As an adult, he spent his days teaching, and his evenings participating in the Islamic court, before heading out to study astronomy during the night. Somewhere, he found time for a lot of writing, too!
2. The 'al-Khayyam' in his name tells us that his father had what occupation?

Taking his name apart into the meaningful fragments, we have: Ghiyath ad-Din, meaning shoulder of faith, and suggesting that he was knowledgeable about the Koran; Abu, meaning father; Fat'h 'Umar, meaning conqueror of life, and reflecting his success in his chosen career; bin Ibrahim, meaning that he was the son of Ibrahim; al-Khayyam, meaning the tent maker, and describing his father; and Nishapuri, which indicates the place of his birth, and also where he spent the final thirty years of his life.
3. Most Westerners are familiar with Omar Khayyam, if at all, because of his verses, known as the 'Rubaiyat of Omar Khayyam'. What does the word rubaiyat tell us about these poems?


Answer: They are quatrains

Khayyam is thought to have written about a thousand of the four-line poems called rubaiyat. Scholars have studied them, and dissected them minutely, attempting to deduce from them insights about the philosophy and theology of their author, because few of his actual writings on these topics are extant. Results have been quite diverse - some see him as hedonistic and anti-Islamic in his outlook, others consider him a mystic poet who incorporates platonic concepts into Sufi traditions. If you are interested in exploring this, you really need to learn to read Persian, as any translation is limited in its exactness both by the differing implications of words in each language, and by the intent of the translator.
4. What 19th century English poet is best known as the translator into English of the 'Rubaiyat of Omar Khayyam'?

Fitzgerald's translations (he produced four different versions between 1869 and his death in 1883; a fifth edition was released posthumously) were poetical rather than literal, and contain verses which are familiar to many. In the Sixties, a copy was almost de rigeur in US colleges, if you wanted to show how aware you were of other cultures and what they had to offer. Here are two of the quatrains which found their way as posters onto many a college dorm wall, both from the Fifth Edition:

"A book of verses underneath the bough
A flask of wine, a loaf of bread and thou
Beside me singing in the wilderness
And wilderness is paradise now."

"The Moving Finger writes; and, having writ,
Moves on: nor all thy Piety nor Wit
Shall lure it back to cancel half a Line,
Nor all thy Tears wash out a Word of it."
5. While his poetry is what most associate with the name Omar Khayyam, he was best known during his life for his work as a mathematician. What was one of the most significant contributions to algebra that he made in his 1070 'Treatise on Demonstration of Problems of Algebra'?

Khayyam's work was in the tradition of Islamic mathematicians, and much of what they developed only reached Western mathematicians at a much later date. For example, in this treatise he discussed the triangular pattern we now know as Pascal's Triangle, which gives the coefficients of the terms of a binomial expansion. Blaise Pascal worked in the 17th century, over 600 years later. Khayyam's method for solving cubic equations was geometric, and used a circle that intersected with a hyperbola. If that doesn't mean much to you, rest assured that it meant a lot to his fellow mathematicians!
6. In 1077, Omar Khayyam produced 'Sharh ma ashkala min musadarat kitab Uqlidis'. What name was given to the English version of this geometry-based work?


Answer: On the Difficulties of Euclid's Definitions

The literal translation is 'Explanations of the Difficulties in the Postulates of Euclid'. In this treatise, Khayyam addressed what is known as the Parallel Postulate, also known as Euclid's Fifth Postulate. This defines what is meant by saying that two lines in the same plane are parallel, and how to tell whether or not that is the case for two given lines.

While it seems intuitively obvious, it is actually a tricky mathematical problem, and there are types of geometry, called non-Euclidean geometry, for which the Parallel Postulate is not, in fact, true. Khayyam's work made significant advances in this area, and is thought to have been influential in the later development of non-Euclidean geometries, since his work became known in Europe near the end of the 14th century.
7. In exploring the Parallel Postulate (which describes what it means to say that two lines in the same plane are parallel to each other), Khayyam discussed a geometric shape that was later named after the Italian mathematician Giovanni Gerolamo Saccheri, who used it in 1733, over 600 years after Khayyam had first done so. What is the name of this figure?

A Khayyam-Saccheri quadrilateral has two sides which are equal in length and perpendicular to the base of the shape. The application to the Parallel Postulate comes from considering the possible angles that the sides make with the top edge of the shape. If these are both right angles (as in a rectangle), then the geometry that allows this figure to be possible is Euclidean - the Parallel Postulate holds. However, if the angles are acute (less than 90 degrees), we are looking at the non-Euclidean geometry known as hyperbolic geometry. If the angles are obtuse (greater than 90 degrees), we are in a world where elliptical geometry holds.

If you want to know more about these types of geometry, there is a lot of information available. In layman's (very oversimplified) terms, elliptical geometry means that there is no such thing as a pair of parallel lines, since all lines intersect. If you picture using a globe rather than a flat surface on which to draw your shapes, you will be getting close - lines of latitude seem to be parallel at the equator, but meet at the poles. Hyperbolic geometry applies to surfaces that are curved in a saddle-like shape - one of the most practical applications is in Einstein's Theory of Special Relativity.
8. Like most Persian mathematicians of his time, Omar Khayyam was also an astronomer. Because of his reputation, he was invited in 1073 to build an observatory in Isfahan, and use his team's observations to assist with what project?

The Persian calendar had the same issues as did the Julian calendar, that the year was not an exact number of days long, so that seasons tended to change dates. Sultan Jalal al-Din Malik Shah I decided to reform the calendar so as to make it more accurate. The result was the Jalali calendar, used until 1925, when it was simplified (the previous one having months of differing lengths which made it difficult to calculate readily).

Their solution calculated that 2,820 solar years needed to contain 1,029,983 days, and worked out the need for leap years. There is some uncertainty as to exactly how this was originally planned to be achieved, whether with regularly spaced leap years or with intermittent times when there was a sequence of leap years. In any case, the final medieval Persian calendar worked on a day whose average length was 365.24219858156 days, and was more accurate (way out there in the decimal places) than the Gregorian calendar developed in 1582.
9. In 1092, after the death of Sultan Malik-Shah I, Khayyam found himself persona non grata at the court. What action did he take as a consequence of this change in status?


Answer: Undertook a pilgrimage to Mecca

Completing the Hajj, one of the duties of an observant follower of Islam, restored Khayyam to some level of acceptance. On his return, he was never again the most influential of mathematicians, philosophers and astronomers (three fields of endeavour that were typically all undertaken simultaneously, despite the fact that we often consider them discrete areas), but he had some work as the court astrologer, and was then allowed to return to Nishapur and spend his final years engaged in further study, but also acting as a teacher.
10. Which Persian philosopher did Khayyam admire greatly, teaching his ideas to students during the final decades of his life?

While most of his creative discoveries were behind him, Khayyam spent the last 25 years of his life in teaching, and much of his thinking was based on the work of his contemporary, Avicenna (fully, Abu ʿAli al-Ḥusayn ibn ʿAbd Allah ibn Al-Hasan ibn Ali ibn Sina), the author of over 150 works on philosophy and 50 on medicine, including 'The Book of Healing', which was used as a text at many medieval universities up to the 17th century. Khayyam incorporated Avicenna's distinction between the realms of science (natural objects with physical existence) and mathematics (ideas which exist aside from the physical world) into his own philosophy. His major criticism of the attempts of some to prove the Parallel Postulate was the way in which their analysis mixed these two separate spheres, which he considered to be a fatal flaw.

Much of the discussion of Khayyam's philosophy is based on his mathematical works, as the points he makes there, and the methods he uses, clearly demonstrate his orientation. Some also consider the philosophical and religious aspects of his thinking revealed in his verse to be significant, but care should be taken in drawing any conclusions from a translation of these, particularly Fitzgerald's, as he had his own strong feelings about the philosophy to be indicated as he interpreted Khayyam's work.
Source: Author looney_tunes 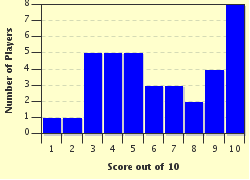