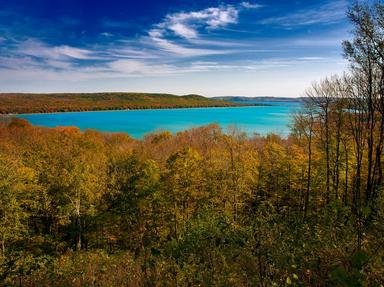 Can you guess these famous folk from the Great Lakes States?

Quiz Answer Key and Fun Facts
1. Which of these U.S. presidents was raised in Michigan? (The name he entered the White House with was not the name he was born with).

Gerald Ford was born Leslie Lynch King, Jr., and he grew up in Grand Rapids.
2. This actor grew up in Detroit before "moving" to Hawaii. Which of these individuals fits this description?

Tom Selleck often wore a Detroit Tigers baseball cap on Magnum, P.I.
3. Which of these singers was born in Michigan?

Madonna grew up near Bay City, in the thumb of Michigan.
4. Though he was born in Michigan he went on to become governor of New York. The press said this candidate for president had won, but he did not end up in the White House. Who was he?

Though Dewey was born in the town of Owosso, he lived most of his life in New York.
5. This author of 'The Bear' built his own castle in his hometown. Who wrote this book?

Hemingway often came to Michigan to hunt, and he used the area in the settings of his Nick Adams stories. Curwood Castle still stands on the banks of the Shiawassee River in Owosso.
6. Which comedian had a long-running sitcom that featured a cable show?

Tim Allen filmed several episodes of "Home Improvement" in Michigan, including one in Traverse City.
7. This basketball player attended Michigan State University and has since brought a "little" coffee shop to East Lansing. Which of these could he be?

Magic Johnson attended high school in Lansing and than went onto MSU. In recent years he has been involved with Starbucks and brought one of their stores to the college town.
8. This singing legend had a home in Bloomfield Hills. What was her name?

9. Though this actor was born in Athens, Georgia, he has made his home in Chelsea, Michigan. Sometimes he plays more of an idiot than he actually is...

Jeff Daniels is quite active in the community of Chelsea, Michigan, including sponsoring essay contests for local schools. He starred in the film 'Dumb and Dumber' with Jim Carrey, in which he played a real dope!
10. She was the first woman to receive a pension from the U.S. army and the only female admitted to the Union of the Potomac, years after the Civil War was over. Who was this woman who sometimes dressed as a man?

Emma Edmonds acted as a Union spy during the Civil War. In fact, one of her disguises was that of a slave and another of an Irish woman.
Source: Author laughinggirl 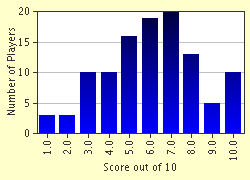