All About "Grey's Anatomy" Trivia Quiz

Love "Grey's Anatomy" and think you know everything about the show? Quiz yourself on questions from the first three seasons, and see how much you truly do know.

The others are Alex Karev, Richard Webber, and Derek Shepherd.
2. What was the nickname George received from the other interns in the first season?

007 is from James Bond and means "A License to Kill." The nickname was given after his first patient almost died.
3. Which actor played the role of Joe?

Joe was the bartender at the bar near the hospital. Justin Chambers plays Alex Karev, Jerry O'Malley was the name of one of George's brothers in the episode "Thanks for the Memories", Eric Dane plays Dr. Mark Sloan.
4. Dr. Bailey gave birth to a baby boy. What did she name him?

Bailey gave her son the middle name of George, since George was the one who convinced her to begin labor.
5. Who played the paramedic who appeared on the explosive episode of Grey's Anatomy?

Sara Ramirez plays Dr. Torres, Shiri Appleby is from the show "Roswell" where she co-starred with Katherine Heigl (Izzie), Christina Applegate was from "Married with Children". Also, neither Applegate or Appleby have guest starred in seasons one, two, or the first five episodes of season three. Ricci played the paramedic Hannah, who had her hand on the device.
6. What was the name of the actress who played Ellis Grey?

Chandra Wilson plays Dr. Bailey, Kate Walsh plays Dr. Montgomery-Shepherd, and Shonda Rhimes is the writer of this brilliant show.
7. In the second American season, which couple experienced an ectopic pregnancy in which the embyro could not be saved?

The only couple to get pregnant, in season two, were Cristina and Burke. Season one in the USA was nine episodes and aired first in mid-season. Then, season two returned with 27 total episodes, with episodes 26 (1 hour) and 27 (2 hours) comprising a 3 hours season finale.
8. In the episode "I Am a Tree", what were the names of Burke's parents?

Burke's parents were Donald and Jane. Their names were revealed when they were conversing with one another.
9. In episode two "The First Cut Is The Deepest", who arrived at the hospital on a motorbike?

Cristina was seen riding up to the hospital on her motorbike in the second episode.
10. In episode thirty "Superstition", who said "I figured we could all use a little good juju"?

The juju was a good-luck ritual Addison started in NY.
Source: Author SwtChaos 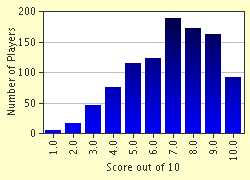 
Other Destinations
Explore Other Quizzes by SwtChaos