In my opinion 'Friends' is the greatest TV show of all time and hopefully this quiz will be of the same standard. Hope you have fun and good luck!

Morgan also starred in the hit TV show 'Cybill'.
2. Which toy is nailed to a block of wood to make 'the Geller Cup'?

The friends play a game of football on Thanksgiving and the prize is the very ugly 'Geller Cup'.
3. What is the name of Rachel's childhood dog?

Rachel begins crying when she reads a letter from her mom telling her about LaPooh's death.
4. What are the names of the three executive producers of 'Friends'?

The other two executive producers are David Crane and Kevin S. Bright.
5. What is Mr. Heckles holding when he dies?

He has a heart attack and drops dead. The 'friends' believe they caused his death by stomping on the floor.
6. What is the name of Carol's partner?

We first find out her full name when Ross, Carol and Susan are trying to decide what the name of their baby will be.
7. Which friend played a reporter in a famous horror movie?

She played Gail Weathers in the 'Scream' trilogy.
8. Which city did Phoebe's scientist boyfriend move to?

Phoebe became extremely angry when she heard about this and confronted her sister, with little success. Since Ursula wasn't going to co-operate, Phoebe visited where Ursula worked, claimed her pay cheque, while acting as Ursula.
10. In the ninth series of 'Friends' where was Chandler's job relocated to?

He was forced to move there when he fell asleep in a meeting and accidentally agreed to it. 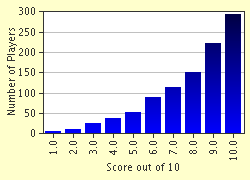