Welcome! Enjoy this, and please tell me if my quiz has any mistakes or is not, in fact, easy!

Quiz Answer Key and Fun Facts
1. Which two friends were married at the end of season 7?

Rachel worked at Central Perk until episode 57, when she started her career in the fashion industry.
3. What is Joey's occupation?

Joey is an actor! He appears on "Days of Our Lives" as Dr. Drake Ramoray.
4. True or False: Ross has a son named Ben.

The "Friends" gang lives in New York, of course!
6. For the first five seasons, the friends gang always watched someone who lived across from them. What did they call him?

Ugly Naked Guy provided the gang with entertainment until the fifth season when he moved out and Ross took his apartment. Rachel's mother called him an unattractive nude man.
7. True or False: Monica Geller is played by Jennifer Aniston.

Monica Geller is played by Courteney Cox Arquette and Jennifer Aniston plays Rachel.
8. What was the name of Ross' second wife?

Carol was Ross' first wife, and Rachel was his third. Mona was a woman he met at Monica and Chandler's wedding, but never married!
9. What is the name of the coffee house where the "Friends" gang hangs out for a lot of the day?

The "Friends" gang hangs out at Central Perk, Flimbie's is the name of the place that Phoebe says when she can't remember the real thing!
10. What is the name of Ross' girlfriend he came back from China with?

Ross met Julie in college, and found her in charge of a dig in China that he was assigned to. Rachel was jealous of her because she liked Ross at the time!
Source: Author kevinl75 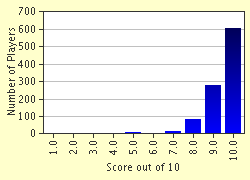