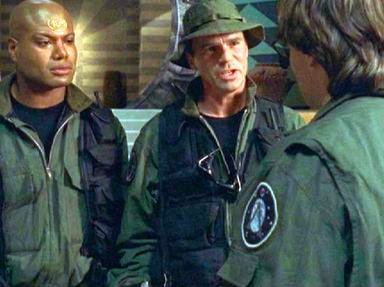 Yet another 'Stargate SG-1' quiz for all you budding fans out there! Includes questions from seasons 1-4. This one may be rather tricky if you are not a regular viewer of the programme.

Quiz Answer Key and Fun Facts
1. What is the name of the Tok'ra scientist in the episode where O'Neill, Jackson and Carter are given armbands which increase their abilities?

Anise has made several reappearances including during the search for possible Za'tarcs in the episode 'Divide and Conquer'.
2. Which uncommon phenomenon (affecting the Stargate) flung SG-1 into the past- the year 1969?

The solar flare also helped SG-1 return to their normal time. However, they entered the Stargate a little too early and meet an elderly Cassandra in the future.
3. What does the Gamekeeper call the people inside his machine?

The Gamekeeper (played by Dwight Schultz) held his people captive on the reasoning that they would destroy his 'precious garden' -until SG-1 come along...
4. Which Colonel became leader of SG-1 after O'Neill retired for the second time?

O'Neill retired after stealing a device from the Tollan, angry that they wouldn't share their technology. Colonel Makepiece leads SG-1, until they discover that he was part of a group which stole technology and O'Neill reveals that he was pretending to retire, so he could capture the theives!
5. What is the name of the Tok'ra inside Jacob Carter (Sam's Dad)?

General Carter was dying of Cancer until he was given the option to become a Tok'ra by blending which would eliminate his disease. He then became an intermediary for the Tok'ra and humans.
6. Who was discovered to have their mind altered to kill the American President?

Anise checked everyone at the SGC to make sure that they weren't Za'tarcs but she didn't consider the possibility of a Tok'ra having their mind altered. Martouf tried to kill the President, but was shot several times and died soon later, much to the distress of Sam Carter.
7. Which strange alien used the greeting 'Kumtraya'?

'It appears I've lost the falatus to speak properly'.
9. What does O'Neill keep on his roof?

10. How many SG teams were orignally set up? 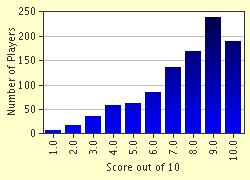 
Other Destinations
Explore Other Quizzes by ecstasybabe