If you are a true "Friends" fan, this quiz will be a piece of cake.

Quiz Answer Key and Fun Facts
1. When did Chandler's parents tell him they were breaking up?

Chandler's dad left because he was gay. He now stars in a drag show called "Viva Las Gagas".
2. Which of these has Ugly Naked Guy never had?

Ugly Naked Guy's face has never been seen.
3. What does Phoebe's dad do for a living?

Phoebe always thought her dad was a famous tree surgeon in Burma.
4. What two things did Ross use when he couldn't get his leather pants back on?

Jonathan Silverman, who played Dr Franzblau in this episode, can also be found on the NBC series "The Single Guy".
6. In "The One With The Black Out," what name does Mr Heckles give the cat?

Mr Heckles dies while banging on the ceiling.
7. Who rescued Marcel from the lab?

Marcel the monkey was also in "Outbreak".
8. Who was Phoebe's song "Two Of Them Kissed Last Night" about?

Phoebe got the tune for "Smelly Cat" from a song her father used to sing when she was a baby.
10. Where does Ursula work?

Ursula from "Mad About You" and Phoebe from "Friends" are both played by Lisa Kudrow, and although they are in different shows, it is networked so they are twins and Ursula sometimes comes into "Friends".
11. In the 9th series, which creature did Monica think turned Chandler on?

12. "Insomnia Cafe" was considered for the original name of "Friends".

"Six Of One" and "Across The Hall" were also possible names for the show.
13. Who kissed Chandler's mum?

Chandler's mum is an author.
14. What are Frank and Alice's triplets called?

Little baby Chandler is actually a girl. Frank and Alice thought it was going to be a boy but when it turned out that it wasn't they kept the name anyway.
15. What instrument did Joey try to learn?

He wanted to learn the guitar, to make sure at least one thing on his résumé was true.
16. Who did Phoebe think was the father of Rachel's baby?

17. What is Chandler's middle name?

No wonder, considering his parents!
18. What did Monica accidentally cut off of Chandler?

19. Rachel got the name Emma from whom?

Monica was going to name her child, Emma for a girl, Daniel for a boy.
20. What strange pets did Joey and Chandler have?


Answer: Chick and a duck

The chick is called Yasmine.
21. What did Rachel and Monica think Danny was?

22. Where does Phoebe's biological mother live?


Answer: At the beach

Phoebe (biological mother) gave Phoebe and Ursula to Lily and Frank, as Frank was actually the father.
23. Who did Jack Gellar give a Porsche to?

Jack used Monica's childhood things to stop the garage flooding; the Porsche was to say sorry.
24. What happened when Joey got locked inside the entertainment unit?


Answer: They got robbed

That was not the first time he got locked in. You'd think he'd learn.
25. What would gum be to Chandler? 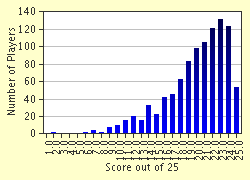 
Other Destinations
Explore Other Quizzes by friendsrule!