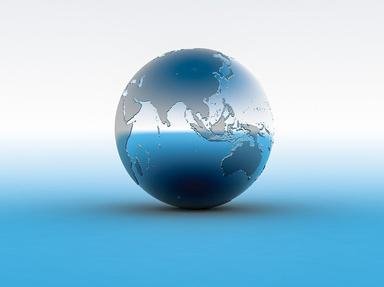 Quiz Answer Key and Fun Facts
1. This Greek letter is associated with the more militant factions of the gay and lesbian community, and it was first used in the 1970s by the New York City Gay Activists' Alliance. Which is it?

Used in the title of the Lambda Legal Defense Fund, a national organization committed to achieving full recognition of the civil rights of lesbians, gay men, bisexuals, transgender people, and those with HIV, through impact litigation, education and public policy work.
2. This planet (named after a character in Roman mythology) is used as a symbol of pride by transgender persons. It is also supposed to represent the balance of male and female within the human body and person. Which is it?

In Greek mythology, Hermes (whose Roman equivalent is Mercury) and Aphrodite had a child named Hermaphroditus. When a nymph named Salmacis was upset that he hadn't fallen in love with her, she prayed to the gods for them to be together forever. Her prayer was answered and two were fused together into a single being with both male and female characteristics.
3. This is a double-edged hatchet/axe that was generally used as a harvesting implement and a weapon in matriarchal societies. It is a symbol of strength and perseverance in the lesbian community. What is it called?

In mythology, Demeter, the Goddess of the Earth, was known for using a labrys as her scepter in the many religious ceremonies she held, many of which are thought to have included 'lesbian' elements.
4. What are the most widely used (symbolic) colors of the bisexual community?

The bisexual pride flag has three stripes in these colors. In the triangle symbols there is usually a pink triangle overlapping a blue to create a smaller purple triangle in the center.
5. The triangles originate from the persecution of homosexuals in Nazi concentration camps before and during World War II. What color were the gay men's and lesbian's triangles?

The pink triangle is the most widely known. It was used to identify homosexual males, while the less known black triangle was used to denote lesbians and those with so-called "anti-social" personalities. (This merely reflected Nazi notions of "anti-social" and has nothing to do with what is often referred to by psychologists as "anti-social personality disorder").
6. The colors of the pride flag are: Pink, Red, Orange, Yellow, Green, Blue, Indigo, and Violet. What does each of these colors represent in that order?

The flag was created by Gilbert Baker in San Francisco in 1978, but originally 'hot pink' fabric was not available, so it only had seven colors in the first hand-sewn version.
7. This pride flag has horizontal stripes of blue and black with one white stripe across the center, and a red heart located in the upper left hand corner; it is not restricted to the LGBT community. Which of these is it?

There is no one, single symbol for this community. Bears' Pride refers to men with an abundance of hair on their faces, chests, and bodies, who may or may not also be older, and perhaps large or chubby.
9. This organization is a "diverse, non-partisan group of individuals united in anger and committed to direct action to end the AIDS crisis". It was responsible for a variety of social actions and civil disobedience in an effort to raise awareness about HIV/AIDS. Which is it?

It was very much in existence during the Reagan administration due to his inability to utter the words "HIV/AIDS" or "homosexual."
10. Which artist contributed a substantial portion of original political artwork to ACT-UP until his death from AIDS-related illness?

One of his most famous pieces for them was a large print entitled "Silence = Death" with a large pink triangle on a black background covered with characteristically Haring figures. "Silence = Death" was a focal tag in ACT-UP's works.
11. In the 1970s Betty Friedan did not want lesbians to be allowed to air their issues within the National Organization for Women. What expression did she use to refer to lesbians and lesbian issues?

Friedan was worried that feminist issues would be overwhelmed by the "sexuality issues" that lesbianism carries, and it spurred many lesbian feminists to start their own organizations and activist groups.
12. This lavender animal first appeared on Boston subway posters in 1973, and was used to signify the lesbian community; it is an animal that is docile until challenged, and then it can become ferocious. Which of these is it?

The symbol was created by Boston artists Daniel Thaxton and Bernie Toale.
13. The (sexuality) Human Rights Campaign symbol has a blue background with an equals sign in the middle. What color is the equals sign?

The HRC is a "bipartisan organization that works to advance equality based on sexual orientation and gender expression and identity, to ensure that gay, lesbian, bisexual and transgender Americans can be open, honest and safe at home, at work and in the community".
14. What does PFLAG stand for?


Answer: Parents Families and Friends of Lesbians and Gays

Parents, Families and Friends of Lesbians & Gays (PFLAG) is a national non-profit organization with over 250,000 members and supporters and over 500 affiliates in the United States.
15. What is the name of the Olympic type games held with "all gay" competitors?

In 2004, held in Australia with Golden Girls Rue McClanahan and Bea Arthur as the Masters of Ceremonies.
Source: Author KatieK54 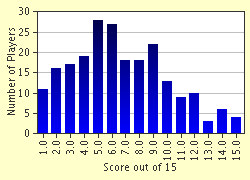