Who was Monarch when? Trivia Quiz

Do you know what monarch ruled England at the beginning of each century?

Quiz Answer Key and Fun Facts
1. Who were the Kings of England in 1100?


Answer: William II and Henry I

William II was accidentally killed while hunting in a royal forest. His younger brother Henry then acted quickly to gain control of the treasury and the crown of England.
2. Who was the King of England in 1200?

John inherited the Angevin Empire at the pinnacle of its greatness but he wasn't cut out to be a great medieval king. He lost much land to the French king and in 1215 was forced to concede the Magna Carta to rebellious nobles.
3. Who was the King of England in 1300?

Edward I was a great King of England much like his great grandfather Henry II. Edward was engaged in many battles during his reign with Scotland and Wales and encountered the legendary William Wallace who caused great disturbances for him. Wallace was eventually captured and executed.
4. Who was the King of England in 1400?

Henry VII was an illegitimate descendant of John of Gaunt's through his mother. He had an extremely weak claim to the throne and married the eldest daughter of the late Edward IV upon his accession to the throne to cloak his usurpation of the Plantagenet throne of England.
6. Who was the Queen Regnant of England in 1600?

Queen Elizabeth I was the only child of Henry VIII's second marriage to Anne Boleyn. Elizabeth's reign is remembered as one of the greatest of English history and she left her successor, James VI of Scotland, a United country.
7. Who was the King of England in 1700?

William III was invited to come to England during the reign of James II. He won much support because of his protestant religion and married his cousin Mary II, James II's daughter. They were joint rulers after James II's deposement. Mary died in 1694.
8. Who was the King of England in 1800?

King George III is the longest reigning King ever to sit on the throne. Many monumental events occured during his reign such as the American Revolution, The French Revolution and the John Wilkes affair.
9. Who was the Queen Regnant of England in 1900?

Queen Victoria's reign made her the longest reigning of any English monarch before Elizabeth II. She had nine children and 37 grandchildren and was the Grandmother of Europe. Her reign witnessed the overthrow of France's last king, the Women's movement for more rights, Jack the Ripper and the Boer War.
10. Who was the Queen Regnant of England in 2000?

Queen Elizabeth II ascended the throne on the death of her father in 1952. She was born in 1926. Long may she reign!
Source: Author Jaffas85 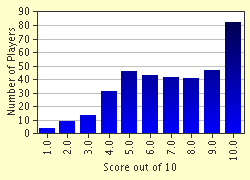