Coonhound is a type of hound dog - not a breed. Breed registries do include the word "coonhound" within the name of some breeds. These beautiful, goofy, lovable, energetic and devoted dogs are worthy of the attention these few questions give them.

Quiz Answer Key and Fun Facts
1. All Coonhounds have their breed's origin in the same country. Which one?

The sporting group of colonists who settled in North America noticed the raccoon - indigenous to only North America - and developed dogs to hunt specifically that quarry. Different sportsmen mixed several breeds of dogs which had typically showed the characteristics they needed to hunt raccoon thus developing each unique breed of Coonhound.
2. Coonhounds are likely the product of several existing scent hound breeds. But one large, tenacious and well-rounded scent hound is mentioned among the ancestors of all coonhounds. Which is this breed with aristocratic heritage?

The Bloodhound exhibits many of the characteristics that early North American hunters wanted for their dogs. There is probably no better scent hound on a trail than the Bloodhound. But the rough and dense terrain of the woods of North America required a sleeker, quicker dog - as the Coonhounds became.
3. Coonhound breeds were developed to hunt game specific to North America, thus is it most likely to find their breeds in breed registries from North America. Which of the following breeds is NOT a coonhound breed recognized by the American Kennel Club?

The Black and Tan Coonhound was listed or "recognized" by the American Kennel Club in 1945. In 2012, the AKC recognized the Treeing Walker Coonhound as its sixth coonhound breed. You can watch an example of these and other dog breeds during the intriguing Westminster Dog Show, from New York City, each year on or about the second Monday and Tuesday of February.
4. The American Kennel Club, one of the world's most renowned dog breed registries, for many years only recognized one breed of Coonhound. From 1945 until 2006 what was the AKC's only breed of Coonhound to be listed?

The Black and Tan Coonhound is easy going with people. Its short, hard ("hound") hair can make grooming its coat as easy as a good, occasional bath. Its energy level although high can be tempered with regular, consist exercise and training. But, as with most scent hounds, can be expressively vocal - your neighbors may say, "barks too much".
5. Among hound enthusiasts, legend says the mottled coloring of solid black against solid white made "the black, so black it is blue". This has been used to described the coat color of which Coonhound?

With its origin in the USA, the Bluetick Coonhound can trace its ancestors to include members of American Foxhound, English Foxhound and - quite obviously from its coat color - the Grand Bleu de Gascogne. Among the Coonhounds, the Bluetick should have a deep set chest and naturally deep, brawling bay. And, the "ticking" - that mixture of black and white - of its coat color is imperative.
6. The unique coat coloration of the American English Coonhound has led to its "also-known-as" name. What is the name colloquial to the Southern United States, if not even more extensively known, of this breed?

As with the all of the coonhound breeds, the Redtick Coonhound has its origins in colonial America. The breed is named for its coat that most often sports a "redtick" pattern, that is, one that a reddish-tan color is mottled against white. Other coat colors are acceptable in their breed's standard, including tri-color patterns and bluetick patterns. One internationally recognized breed registry, the United Kennel Club, had originally included the Bluetick Coonhounds among the breed registry of the American English Coonhound.

The breeds split within that parent registry in 1946.
7. The unique blending of this versatile coonhound can trace its ancestry back to include some ancient hound breeds from Germany and France. What breed is this tough all-around, often brindle colored dog?

The very first Plott Hound is believed to have been the result of the breeding accomplishments of a single sportsman, Johannes Plott. Though the years the story or stories of the Plott Hound's beginning have included other members of Johannes Plott's family among those responsible for its "creation".

It is recognized as a Coonhound breed but more than likely it was originally intended to hunt wild boar, bear and prey bigger than raccoons. The breed is known for its fearlessness making it a favorite for some of the bigger game hunters.

It is the official state dog of North Carolina.
8. There is only one breed of Coonhound that all major registries include among the standard that the coat color "should always be a rich red" color. What breed is this?

Major breed registries do allow a bit of white on the chest, on the feet and/or at other points of the Redbone Coonhound. To be within standard these patches of white should be small and relatively unnoticeable. A solid red coat is preferable. The Redbone Coonhound has been known to be relentless on the trail of its prey.

A breed that can be conditioned to hunt not only raccoon but bears, big cats, deer and even alligators, porcupines and wild hogs. Redbones can make a loyal, calm and loving "pet" dog, too.
9. The appearance of this Coonhound reflects its roots in the breeds of the American Foxhound and English Foxhound. What (often tri-colored) Coonhound could be said to look like a "big Beagle"?

True hound enthusiasts would hardly say the Treeing Walker Coonhound looks like a "big Beagle". Yet its drop ear set, somewhat (compared to the other coonhound breeds) slender and agile build, and tan on white or tan and black on white coat simplifies the comparison for the novice.

But wait until the Treeing Walker strikes a trail! Its unmistakable bay (bark) is called a chop and can be different enough to make each individual dog distinguishable even from great distances. The Walker, as it is often called, can be a wonderful family pet, as well. If it is raised with young children it can be the perfect companion dog - for everyone.
10. The coonhound is a scent hound - a dog genetically designed to follow a trail by the scent markers left by its prey (that is, to hunt). Dogs can be conditioned to hunt alone or in a group. A group of hunting dogs is usually called a what?

When dogs are hunting (seeking their prey) together, it is called a pack. Although, you may hear the term "cast" used to refer to a group of hunting dogs - including but not limited to Coonhounds. This is usually a more organized group or a pre-determined grouping of dogs for the purpose of competition.
Source: Author cowboybluedog 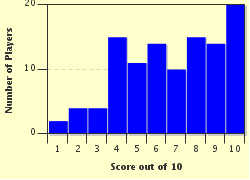