The Raccoon is at it Again! Trivia Quiz

The raccoon is a little mammal native to North America. Considered by many to be a pest because of its habit of foraging in urban areas, the raccoon deserves more credit than just that of garbage collector.

Quiz Answer Key and Fun Facts
1. For what purpose is it believed the raccoon's little "bandit's mask" evolved?

It looks so cute with this band of black around its eyes. Because of a mask's association with nefarious break-ins and other human crimes, the raccoon's mask has accordingly won this little animal a name as a trouble-maker as well. Its purpose, however, is three fold.

It helps other raccoons recognise members of their own species quickly; it helps reduce glare; and it is said to also assist the animal in its night vision. This is thought to be particularly effective in helping the raccoon in its foraging expeditions into well-lit urban areas.
2. A raccoon's hind feet have an unusual ability. What is this?


Answer: They can rotate

How amazing is that! Raccoons have another unusual ability, and that is when they're descending from a tree or height of any kind. Instead of descending backwards as many mammals the same size do, the raccoon can descend headfirst. This is because the raccoon's feet can actually rotate in either direction. That's so impressive.
3. A raccoon also has a dual ability relating to its body temperature. Unlike most animals, it can both pant AND sweat.

Thermoregulation is the ability of any animal to help keep its body temperature in balance. For the most part, mammals pant in order to keep cool if they become too hot. The raccoon can do that too, but it also has the ability to perspire as well, the clever little bandit.
4. What is unusual about the penis bone of the male raccoon?


Answer: It's bent at the end

I was surprised to learn that this part of the male anatomy is part of the animal's skeletal structure. How odd. This bone on the raccoon is shaped a little like a question mark at the end. The bend at the end is a matter of interest to biologists because it is apparently an indication of the animal's reproductive abilities. With the raccoon mating practices, raccoons tend to meet in one central area.

There the males gather at one end, eyeing off the ladies, while all the ladies and children gather at the other end, pretending not to notice the strutting males.

It's most anthropologically fascinating.
5. Raccoons have been introduced from America to other parts of the world. This includes Germany, Russia, and what other country, Fun Trivia player-san?

In 1945 in Germany, 25 raccoons escaped from a farm and disappeared. By the year 2008, there were 400,000 wild raccoons in this country as a result. Just over a thousand raccoons have been released into the wild in Russia since 1936, but their current number is unknown.

In Japan, the number of raccoons is also unknown. Up to 1,500 a year were imported into that country p.a. since 1977, and many have escaped into the wild. Raccoons were imported as pets into Japan. In Germany, however, they are hunted for their fur.
6. Raccoons carry a number of pathogens which can be harmful to humans. One of them is rabies.

The rabies pathogen first appeared in raccoons in Florida and Georgia in the 1950s. It has spread outward from those two areas. However, only one human fatality has been reported as a result of a rabid raccoon bite. This is because, unlike many other animals that carry rabies, the raccoon does not become aggressive.

Instead, it just disappears into its den when it becomes sick. The animal, if it develops this condition, looks unwell, it cannot move about properly, or vocalise as it normally does.

The raccoon can also carry the pathogen for distemper, but this does not have any effect on humans if they come in contact with the animal. Distemper "is the most frequent natural cause of death in the North American raccoon population".
7. Raccoons will eat just about anything in urban areas that they get their paws on. They'll even eat toothpaste if they find a tube. What planted crop is a particular favourite of the raccoon?

Sweet corn contains a high sugar loading. Raccoons love it, particularly when it is in its milk stage. Of all the damage to sweet corn crops in the United States in one particular area in 2004, raccoon damage accounted for 87 percent. Oh my goodness! This must explain their liking for toothpaste as well. All the sugar in the corn would be bad for their teeth.
8. Indigenous American people believed the raccoon to be very clever. Which group of people went even further and believed the female raccoon in particular had supernatural powers?

The Tuscarora people were impressed by the racoon's foraging abilities. The Sioux believed that the raccoon had spiritual gifts which enabled it "to connect to spirit beings" that watched over the lives of the people. The Aztecs belief in the supernatural abilities of the female raccoon was associated with "the role of wise women in tribal society".

In other indigenous former locations, carvings and small statues of raccoons have been located, but the significance of these is still a puzzle to archaeologists.
9. Raccoons in the North American continent have been hunted for their furs since time began both by the indigenous peoples of that land, and then by the later European settlers there. In which era in particular were coonskin coats considered to be all the rage for college students, boop-oop-a-doop?

If you're lucky enough to catch a late night viewing of an old black and white movie on television, you may see an example of this if the movie is centred round the 1920s era. You were thought to cut quite a dash if you were seen wearing your full length coonskin coat and tearing around in your twenty-mile-an-hour Lancia Lambda back then.

The giddy young things! Even into the 21st century, hunters and their dogs still track raccoons for their fur, or fur farms are run for the same end result. By 1987, for example, the going price for a raccoon pelt "was $20". Fur farms - what a quaint term for a raccoon abattoir.
10. Oh dear. What was considered quite a treat on early American farms?

Oh, how could they? But yes, raccoon was a "source of food for Native Americans and (later) Americans ... and barbecued raccoon was a traditional food on American farms". Even well into the 21st century, "thousands of raccoons are still eaten each year in the United States".

In Arkansas alone (a place I must never visit) the "annual Gillett Coon Supper" is considered quite the event of the year. This infamous feasting even reached as far as the White House. President Calvin Coolidge (1923-1929 Presidency) was once presented with a raccoon to be cooked and eaten at the "White House Thanksgiving Dinner".

Instead, this great man kept it for a pet, and named her Rebecca. So Rebecca the Republican raccoon lived a long and happy life from then on - at the table - instead of on it.
Source: Author Creedy 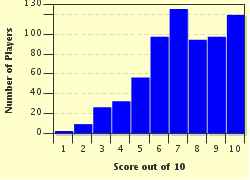