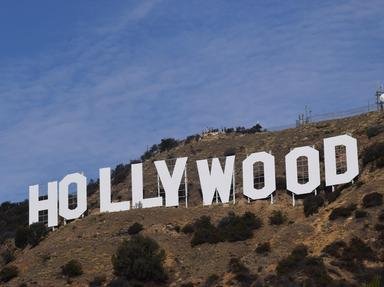 The Most Beautiful Girl Trivia Quiz

Here are ten questions on famous female actress from the silver screen. All will have performed in at least one black and white movie.

Quiz Answer Key and Fun Facts
1. Which of the following beautiful ladies retired after making only 27 films and spent the rest of her life as a recluse, shunning all publicity?

Swedish actress Greta Garbo (b. September 1905) was nominated for four Academy Awards but never did win. In 1954 she was awarded an Academy Honorary Award for her accomplishments, she did not show up to accept the award nor ever publicly acknowledge the honor.

It had to be mailed to her home. Although she never married, never had any children and lived alone she seemed content with her life choices and lived to the age of 84.
2. Which of the following lovely ladies starred in "How to Marry a Millionaire" (1953), "To Have and Have Not" (1944) as well as "The Mirror Has Two Faces" (1996)?

During her 50 year career on the silver screen, Lauren Bacall suffered from anxiety and stage fright when starting a movie. None of this was detected once the camera started running. Her beautiful face and husky voice made her instantly popular screen goddess.

She was married to actor Humphrey Bogart for 12 years until his death in 1957. She married actor Jason Robards but divorced him after eight years because of his alcoholism. She was politically active and very vocal in her opinions.
3. Which of the following leading ladies witnessed her boyfriend get stabbed to death by her daughter?

Turner made her first movie "They Won't Forget" (1937) at the age of 16. She went on to a long and successful career on the silver screen. In 1958, during a family argument her 14 year old daughter Cheryl Crane killed her mother's lover Johnny Stompanato in an act that was later judged to be self defense.

In 1957 Turner was nominated for an Oscar for her role in the hit movie "Peyton Place". One of Hollywood's greatest legends is about her "discovery" at drug store by William Wilkerson the publisher of The Hollywood Reporter.

This story inspired thousands of women to move to California hoping to be "discovered".
4. Screen goddess Gene Tierney was married to which French-born clothing designer from 1941-1952?

Gene Tierney had a successful movie career and was considered one of Hollywood's most beautiful women. Sadly her private life was one full of great sorrow and illness. While she was pregnant with her first child, Gene contracted rubella from a fan. Her daughter was born deaf, blind, and severely retarded.

This brought on severe depression and manifestations of bi-polar disorder. Her marriage fell apart and most of her money went to the care of her ill child. Her friend Howard Hughes stepped in and made sure that her daughter received the best medical care available and paid for all of her medical bills. Tierney is best remembered for her movies ("Advise and Consent" (1962) and "Laura" (1944).
5. Which of these pairs of actresses were actually sisters?

Born in Japan to a military officer and his wife, Olivia de Havilland and Joan Fontaine both went on to become femme fatales on the silver screen. Both women starred with some of the greatest leading men of the century. Their relationship with each other was one of rivalry that started when they were children. Both are considered to be among the loveliest leading ladies in the black and white movie era.
6. Which of these women was given the nickname "The Girl With the Million Dollar Legs" after her legs were insured for a million dollars each, by Lloyds of London?

Betty Grable was one of the most popular actresses in Hollywood during World War II. Her bathing suit photo became the number one pin-up picture during the war and provided comfort to thousands of soldiers during the war. She starred opposite most of the most famous leading men of the era.

Some of her most notable films include "Mother Wore Tights" in 1957 and "The Gay Divorcee" in 1934. She died at the age of 56 from lung cancer from her years of smoking. In a 2007 radio interview, Playboy founder Hugh Hefner stated that Betty Grable was his inspiration for founding the Playboy empire.
7. For which of the following sex symbols did Howard Hughes design a special cantilevered brassiere?

Howard Hughes designed his special brassiere to make the most out of the voluptuous figure of actress Jane Russell in the movie "The Outlaw" (1943). In later life, after the death of Hughes, Russell admitted that she did not wear the bra he designed specially for her because it was very uncomfortable.

Some of her other movies included "The Tall Men" opposite Clark Gable and "Gentlemen Prefer Blondes" in 1953.
8. The 1981 movie "Mommie Dearest" was a biographical memoir about which of the following actresses?

"Mommie Dearest" was written by Joan Crawford's adopted daughter Christina Crawford. It recounted years of physical and mental abuse. The veracity of these claims cannot be confirmed, but there is no doubt that movie tarnished the reputation of one of Hollywood's most successful actresses.

The multi-talented actress was known for her skill in film, television and theater. In 1946 she won the Academy Award for Best Actress for her portrayal in "Mildred Pierce" (1945).
9. Ingrid Bergman won her only Academy Award for her role opposite Humphrey Bogart in "Casablanca" (1942).

Ingrid Berman was one of Hollywood's most successful actresses ever. She won three Academy Awards, two Emmy Awards and one Tony award. Her most memorable role may have been in the multi-award winning movie "Casablanca", but she did not win an Oscar for this role. Bergman was a multi-talented performer, and her multiple awards speak for themselves.
10. Despite being born in Germany Marlene Dietrich was one of the highest paid actresses throughout all of World War II.

The glamorous Marlene Dietrich had a career of over 50 years and is listed by the American Film Institute as the ninth-greatest female star of all time. Her skills as an actress, her exotic good looks, and her adaptability helped her play a variety of roles.

She was nominated for an Oscar for her role in the provocative 1930 hit "Morrocco" in which she kissed another woman. At the time this was considered to be very risque.
Source: Author dcpddc478 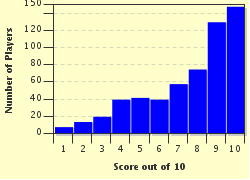 Related Quizzes
This quiz is part of series Let Me Work:

A group of quizzes about some unusual jobs.