Philosophers According to Monty Python Quiz

Immanuel Kant is normally described as a dour, boring man whose daily walks acted as a clock to German housewives. When he was young apparently he was very partial to red wine and on many occasions he drank so much that he could not find his way home. So being described as a "real pissant" hits the nail on the head!
2. Boozy beggar

Martin Heidegger although a big advocate against drinking, especially by women, he was known to have a liking for German beer. So although we don't really know if he was a "boozy beggar" he must have experienced a headache or two!
3. Could out-consume Schopenhauer

There is nothing to indicate that David Hume was a heavy drinker. In describing himself he says "and of great moderation in all my passions".
4. A beery swine

Ludwig Wittgenstein stated that "If people never did silly things nothing intelligent would ever get done". Drinking is one of the silly things that people normally do therefore he must have had a beer or two. The Python's statement of him being "a beery swine" cannot be proven conclusively.
5. Teach ya 'bout the raising of the wrist

The Pythons appear to have got this one completely wrong. Nietzsche hated alcohol because as he stated "it takes the pain away without actually solving the root cause of the problem".
6. Is particularly missed

The first time Socrates is mentioned in the song the lyrics go ""Socrates, himself, was permanently" and a word to denote that he was completely drunk!
Here the Pythons got it completely right. Socrates could really drink everybody under the table! Drinking wine was part of any Greek symposium because symposium means to eat and drink. Normally philosophical discussions followed the meal.
7. Was particularly ill

John Stuart Mill was not a drinking man, so Python must be right about him getting inebriated with half a pint of shandy.
8. Half a crate of whiskey

Plato was advocate of wine drinking saying that "it loosens a man's tongue" and therefore one can better understand what kind of man he is facing. He also asserted that whoever discovered beer was a very wise man. So, provided that he could get hold of it, half a crate of whiskey would have been put away by him.
9. Fond of his dram

Thomas Hobbes was a puritan who thought that "Drunkenness hinders the use of right reason". I am afraid that here the Pythons got it completely wrong!
10. A drunken fart

"I drink, therefore I am" makes sense as Rene Descartes did live a life of wine, women, song and gambling during his early years in Paris. The Pythons were therefore correct.
Source: Author gme24 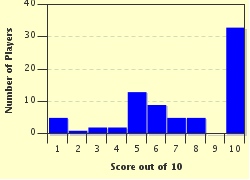