Most of Monty Python's songs--well, all really--are silly; too silly to be the subject of a quiz. Or so you would think. There are people who seem to like that kind of thing. It's not my personal cup of tea, mind you, but there you go.

"Spam," the song, was from a television episode. Spam the food is a mixture of ham and pork. It is made in Austin, Minnesota and Fremont, Nebraska by the Hormel Company. They will soon sell their 7 billionth can.
2. What song includes these lyrics? "He cuts down trees, he skips and jumps, he likes to press wild flowers, he puts on women's clothing, and hangs around in bars."

This is another song from television. It was written by Michael Palin and Terry Jones and performed by Michael Palin with a chorus of Canadian Mounties. It kind of breaks down at the end when the chorus sings "He wears high heels? Suspendies...and a bra?"
3. What is the name of the highway man sung about thusly: "soon every lupin in the land, will be in his mighty hand. He steals from the rich, and gives to the poor"?

The lupinus genus comprises several hundred species. Most are perennials but there are a few annuals and shrubs in the genus. The lupin in the Dennis Moore television skit is a plant which grows to over four feet tall with blue, white, yellow or purple flowers.
4. "Bruce's Philosophy Song" mentions Kant, Heidegger, David Hume, Socrates, Nietzsche, Descartes, Aristotle, Plato, John Stuart Mill, Hegel, Schlegel, Wittgenstein and Hobbes. What was wrong with all the philosophers according to the song?


Answer: They were all boozers

Eric Idle wrote and performed "Bruce's Philosophy Song." Eric also wrote "Henry Kissinger," "Christmas in Heaven," "Always Look on the Bright Side," "Eric the Half a Bee" and "I Like Chinese."
5. What knight from "Monty Python and the Holy Grail": "turned about, and gallantly he chickened out. Bravely taking to his feet, he beat a brave retreat."

In the beginning of the song, brave Sir Robin was extolled for not being afraid to:
1. die
2. be killed in nasty ways
3. be mashed into a pulp
4. have his eyes gouged out
5. have his elbows broken
6. have his kneecaps split
7. have his body burned away
8. have his limbs all hacked and mangled, nor
9. have his head smashed in, his heart cut out, his liver removed, his bowels unplugged, or his bottom burnt off.
Brave Sir Robin was played by brave Eric Idle.
6. What song includes these lines? "In war we're tough and able, quite indefatiguable. Between our quests, we sequin vests, and impersonate Clark Gable."


Answer: Knights of the Round Table

This song is from the movie "Monty Python and the Holy Grail." In addition to a soundtrack and various DVD's, the movie also spawned two video games. The official one is "Monty Python and the Quest for the Holy Grail" by 7th Level. An unofficial one titled "The Quest for the Holy Grail" was released by Mastertronic in 1985 for the Commodore 64 computer. Lines and scenes from the movie have appeared in songs by Megadeth and "Wierd Al" Yankovik; in cartoons like "The Simpsons," "Powerpuff Girls" and "Tiny Toons Adventures," and in myriad video games including "World of Warcraft," "Worms Armageddon" and "Ready 2 Rumble Boxing."
7. Which title character from a Python movie: "had arms and legs and hands and feet, ...and he grew, grew, grew and grew, grew up to be, yes he grew up to be, a teenager named ___?"


Answer: Always Look on the Bright Side of Life

This song became an anthem for British sailors injured in the Falkland Conflict in 1982. The Pythons also sang it at a memorial service for Graham Chapman in 1989.
9. What astral song ends with these inspiring words: "So remember when you're feeling very small and insecure, how amazingly unlikely is your birth, and pray that there's intelligent life somewhere up in space, because there's bugger all down here on Earth?"

This song is from the movie "Monty Python's The Meaning of Life." This movie featured fourteen sketches covering the different stages of life. At the end of the film, Michael Palin revealed the meaning of life as:
1. try and be nice to people,
2. avoid eating fat,
3. read a good book every now and then,
4. get some walking in,
5. try to live together in peace and harmony with people of all creeds and nations.
Amen.
10. Here are some lines from "Decomposing Composers:" "But one hundred fifty years later, there's very little of them left to see. They're decomposing composers, there's nothing much anyone can do. You can still hear Beethoven..." What is the next line?


Answer: But Beethoven cannot hear you

Michael Palin sings this song on the "Contractual Obligation" record. It is set to Pachelbel's "Canon in D." Although Johann Pachelbel stopped composing and started decomposing in 1706, he is not one of the composers mentioned in the song.
Source: Author deputygary 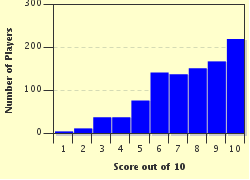