This is a quiz on Europe and the rise of Hitler and Mussolini in the Inter-War period. I hope you like it!

Quiz Answer Key and Fun Facts
1. What nickname is given to the republic in Germany established after WWI?

The Weimar Republic was burdened by the harsh Treaty of Versailles. It didn't survive long, partly because of the treaty. It lacked the wholehearted support of large sections of the German population.
2. Who was the President of Germany from 1925-34?

Hindenburg appointed Hitler as the Chancellor in 1933. Ebert was President from 1919-25.
3. What is the term for an attempt by a small group of people to take over the government of a country by force?

He basically made up Fascism as he went along ruling as a dictator.
5. Who was Mussolini's rival that was murdered? (This began an uprising against Mussolini during elections)

Matteotti was the leader of the Socialist party at the time.
6. What was the name of the treaty which put the Pope and Mussolini on good terms with each other?

This treaty, signed in 1929, made Vatican City an independent state.
7. In the early 1930s, the political order was beginning to collapse due to economic (and other) reasons. Who promised to put Germany back on its feet and make it a great power again?

Hitler did tell the truth about his promise in the above question, but lied MANY times in years to come.
8. The annexation of Austria just before WWII was called what?

Dollfuss was actually the Austrian Chancellor and he was murdered in 1934 by Nazis.
9. Hitler came to power in which year?

Hitler won the most seats in a 'Democratic' election. He won 288 seats to be exact.
10. What was the name of the infamous agreement that awarded the Sudetenland to the German Reich?

The Munich Agreement, also referred to as 'Munich Accords', took place in Munich, Germany. Later, Hitler demanded the entire nation of Czechoslovakia and got it. Appeasement would not work with Hitler.
Source: Author Corycool 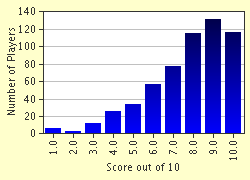