I Love You, Honey Trivia Quiz

Honey is one of nature's little miracles. Here are ten sticky facts on it for you. Have fun, sweetie-pie.

Quiz Answer Key and Fun Facts
1. In a tomb in which ancient country have the oldest remains of honey been found?

Mankind has been collecting honey as a food source for thousands of years. A cave painting found in Valencia, Spain, which has been dated back as far as 8,000 years, attests to this fact, although I think they've made the painting fit the theory more than anything else.

The bees in the painting could just as easily be birds. A more definite piece of evidence for this theory was verified at an ancient tomb which was located in the country of Georgia. There, they found jars with the remains of honey still inside - and have dated this find back some 6,000 years.
2. Apart from using it as a sweetener in food products, to what other purpose did the ancient Egyptians use honey?

Honey had several uses in ancient Egypt. Not only was it used as a sweetener in food products, and as an offering to the assorted gods they worshipped, the Egyptians also utilised this product when embalming their dead. One god in particular who was honoured with gifts of honey was Min, also known as Khem or Khnum.

He was the god of reproduction. Rather graphic illustrations of him are evidence of this. So with the honey-endowed Min ushering the birth of man in at one end, honey food products in the middle, and honey embalming escorting one out on the final journey to the afterlife, honey played an important part in the whole Egyptian spectrum of life from go to woe.
3. In which religion associated with the Vedas is honey poured over the deities in temples?

The practice of Hinduism, located on the Indian subcontinent, incorporates ways of life, various moral guidelines, and worship. In essence it is a religion combined with philosophy rather than a straight religion itself. Within its religious side however, it is centred around festivals, pilgrimages and worship of different gods in its temples. Honey, along with sugar, milk, yoghurt and ghee, is considered one of the five elixirs of immortality.

It is poured over the temple deities in the Vedic rite of Abhisheka as mantras are chanted. Abhisheka can be either a straight blessing, or the first step in the process that leads up to mastering Hinduism's mystical teachings.
4. In which alcoholic beverage is honey a main ingredient?

Mead is an ancient alcoholic drink which combines honey, water, various fruits which ferment over given periods of time, and spices and hops. Its alcoholic content, depending on the fermentation process, can be as high as twenty per cent. Lord bless us, I'd be unconscious.

This drink has been around for a very, very long time, and records of its consumption can be found in ancient European, African and Asian histories. An old European recipe dating back to 60 AD instructs mead's manufacturers to "Take rainwater kept for several years, and mix a sextarius of this water with a pound of honey...The whole is exposed to the sun for 40 days, and then left on a shelf near the fire...".

There are almost forty different kinds of mead manufactured throughout the world today, with four different annual mead festivals and tastings held in the United States alone.
5. Devotees of yoga believe that honey will help maximise the performance of which of our bodily systems?

Yoga is described as a physical, mental, meditative and spiritual discipline that made its way into the western world from India where it has been practised from at least 2,000 BC. Its exact origins are shrouded in mystery however. Its purpose is to rid the body of all worldly emotions and feelings, such as pain, hunger and pleasure, and to reach a state of calmness, serenity and spiritual enlightenment through a perfect balance between the mind and body. Devotees of this discipline believe that through the regular practice of yoga, combined with a daily dose of honey in warm water, the body's circulatory system can be improved, and that it is also, because of its concentration on breath, an aid in the treatment of asthma.
6. Some laboratory tests indicate that honey has a destructive effect on what?

It would be heart-breaking to give false hope to those suffering from cancer if this were unfounded, so what can be stated here is that, although there is no scientific evidence to show honey is of benefit in the treatment of cancer, it has been shown, in laboratory tests, to kill cancer cells. Honey has been used medicinally by mankind, going right back to the days of ancient Greece and Egypt.

It was utilised in the treatment of upset stomachs, gastric problems and hay fever, to name but a few. Interestingly, practitioners of alternative medicine claim that honey, because of its antiseptic and healing properties, is an excellent treatment for sores as well, including those of varicose ulcers. Mainstream medicine, however, pooh-poohs this notion.

They're not always right though, are they?
7. Serves you right if you're suffering from this. However, pursed lips aside, honey is said to be helpful in easing which condition?

Hangovers have been with mankind since the year dot once alcoholic beverages were created. So have various cures for same. Drinking honey mixed in boiling water the following morning is said to be a great help in helping ease this painful, self-inflicted condition. Bananas are also good so it is believed.

As are fried eggs. And raw egg mixed with Worcestershire and Tabasco sauce. Fried eggs? Raw eggs? Oh the saints preserve me. I need a drink. By the way, and those from overseas may rubbish it all they like, but Vegemite on toast is also excellent for this condition.

It's full of Vitamin B, you see, and made from brewer's yeast - so it's a little like the hair of the dog that bit you. There is absolutely no truth to the wicked rumour that Australian males, known for their hearty consumption of beer in the local pubs, invented Vegemite as a training aid for their young sons.
8. Some evidence indicates that honey is effective in treating which condition associated with the outdoors?

There is definitely some scientific evidence to show that honey is effective in the treatment of mild burns. This of course includes sunburn, when it should be dabbed gently onto the affected areas. Apparently the honey seals in the fluid of good tissue, provides nutrition to the damaged skin, and decreases inflammation and swelling. Just don't lie down on your mother's good bedspread after its application though.

This tends to upset her.
9. Teenagers will love this. Because honey has antiseptic properties, it is considered effective in helping heal which of the following?

To help treat acne, as well as giving your skin a lovely boost, simply dab honey over the affected areas, which, when you're a teenager, seem to be flashing like neon signs for all to see. This also works with pimples as well. You can then, if you wish, to stop the honey running down your face onto your school books, place a band-aid over the pimple for a few minutes. This will absorb the excess honey. And don't pick at pimples or attempt to squeeze them. That's the worst thing you can do. Honey is also a great lip balm if you want your lips to shine without being accused of dolling up.
10. The ladies will love this one. Honey can really help repair and give a shine to what?

If you add a teaspoon of honey to your regular shampoo, you'll be rewarded with lovely shining hair as a result. Honey is also a fantastic skin moisturiser for face, elbows and hands. Just rub some - gently - onto those areas, leave on for thirty minutes or so, then rinse off. The skin on your face feels really beautiful after this treatment. I tried it. Two tablespoons dissolved in a cup of boiling water, to which a few drops of lavender oil, or your preferred scent, have been added, is also a lovely relaxing treat when poured into your bath water.
Source: Author Creedy 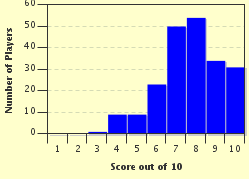