Well some of them, at any rate. There's a LOT. Can you match these few cooking terms to their definitions? This quiz is for beginners or poor cooks who haven't really got a clue what is what in a kitchen. Like me.

Al dente is a term to describe foods such as pasta, rice or vegetables that are cooked but removed from the saucepan before they become too soft - they are slightly resistant to the bite. You'll be served a lot of food like this in fancy restaurants. Please resist the urge to complain to the chef that he or she has served you food that is half raw. Al dente is an Italian term that translates as "to the tooth". I detest al dente foods.

They're neither raw nor cooked.
2. Immerse in boiling water until slightly cooked

Blanch is a term in the culinary arts that is usually applied to fruits and vegetables. Basically it means they have been tossed into water that is already on the boil, left in there for a brief time, and then taken out and immediately put under cold running water, so that the heating process is immediately stopped. Surely this can't be good for food, and perhaps may even send its nutritional value into shock, but apparently it's fine.

The purpose is to only soften and cook the food a little so as to re-cook later on, or to remove overly strong tastes such as that associated with cauliflower, cabbage or onion.
3. Preserve meat by salting or smoking

Curing meats and fish is done to preserve them for longer term consumption, Otherwise, left in their normal state, or even when cooked normally, these products go off pretty quickly. Curing is usually carried out by salting or smoking these foods to reduce their water content, but also retains their colour, taste and nutritional value at the same time. Cured salted perishable foods also have the added benefit of inhibiting the growth of harmful microbes.

This type of food preservation was a real blessing in days gone by before the advent of refrigeration and freezing.
4. Bake food with sauce or other liquid

An example of this term could be the dish commonly known as scalloped potatoes. This is prepared by placing sliced spuds in a shallow casserole type dish, and covering them with milk, cream or sauce and then baking this in the oven. Sometimes breadcrumbs and grated cheese are sprinkled on the top as well before cooking.

It's quite tasty. Scalloping is a term also applied to pinching the edge of a pie covering around the edges of the dish before cooking. It gives a nice decorative edge to the finished product when served, if you're into that kind of thing.
5. Remove bones from meat or fish

This is carried out before cooking. If fish has been filleted, the scales and insides have been removed as well as the bones. Filleted beef steaks have had any bones removed. Chicken too one supposes. There's really not much further information that can be added about this cookery term.

It's probably easier to buy these raw foods already filleted from the store, rather than doing it yourself. Mind you, what would I know - my cooking has put people in hospital. One was a nun.
6. Coating moistened food with flour

Food being prepared for dredging is first dipped - both sides - into substances such as milk or beaten egg. It is then coated in flour or some other dry food product before being fried. Veal prepared this way is quite yummy, or slices of chicken - and fish if you like it. I don't.
7. Cook food by braising

Fricassee is cut up meat products that have first been sautéed before being braised. Beginner cooks, would you like the definition of those two terms as well? Sautéed food is food that has been cooked quickly over a high heat in a little bit of oil, while quickly stirring the food around in the pan or tossing it up and down in the air. Don't try the toss though, or, as beginners, you or the dog will probably wear it. Braising is the next step. That's when the sautéed food is cooked slowly in a container, with a yummy sauce or gravy, until the meat is so tender, it almost falls apart.

It's delicious - particularly if someone else cooks it.
8. Cut food into long strips

Julienne is also known as allumette apparently. All it involves is cutting food into long thin strips - about the circumference of a matchstick. Length is up to you. I've never done this as I value my fingers. Vegetables are usually prepared in this method, ready to be used in a stir fry.

A good cook can also julienne meat or fish as well. They've got to be kidding. How ghastly to hang onto raw meat or fish and try to slice it into matchstick slices. You'd feel like Jack the Ripper.
9. Dredged food sautéed in butter

Referring back to question seven's additional information, you'll see what sautéeing involves. If that product is then braised as well as sautéed you have the term fricassee. With meuniere, however, the food is dredged first (see question 6), and then sautéed in butter, but there's no braising involved.

This term, which translates to "miller's wife" is usually associated with cooking fish, possibly because of the use of flour.
10. Melt solid fat slowly

Rendering can be used with any waste product of beef, chicken, fish or pork, but it usually refers to breaking the animal's fatty tissues down into useable cooking products such as lard. This description, quoted in full from the encyclopaedia, will probably make you feel quite queasy: "The majority of tissue processed (for rendering) comes from slaughterhouses, but also includes restaurant grease and butcher shop trimmings and expired meat from grocery stores. This material can include the fatty tissue, bones, and offal, as well as entire carcasses of animals condemned at slaughterhouses, and those that have died on farms, (or) in transit...".

Perhaps it would be wise to buy sunflower cooking oil instead.
Source: Author Creedy 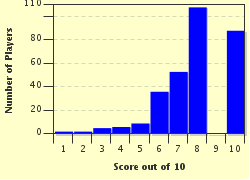