Your lunch box showed who you were, or who you hoped to be! This quizzie is about the early history of lunch box production.

Quiz Answer Key and Fun Facts
1. In 1949, Robert O. Burton's original prototype lunch kit was produced. Aladdin Industries released it in 1950. It was a plain metal box with a decal on the front. Which famous TV cowboy star was pictured on the decal ?

The first 'Hoppy' kit was red and white. The decal showed Hopalong Cassidy kneeling behind a mound of dirt, ready with a gun in each hand. A metal lithographed vacuum bottle was packed inside.
2. With the success of Aladdin's lunch kit, American Thermos decided to produce a kit of their own in 1953. Their version was a fully lithographed box with a TV like picture of the Double R Bar ranch, and the images of what famous pair?

Roy Rogers had gone to Aladdin about being featured on a lunch kit, but they turned him down saying 'one cowboy is enough'!
3. In 1954, ADCO Liberty and Universal entered as two more lunch box competitors. ADCO featured Howdy Doody, Mickey Mouse, Donald Duck and Davy Crockett. They had a run-in with Disney when which person was included on a Davy Crockett lunch box..?

ADCO included Kit Carson on a Davy Crockett lunch box. Since he is not a Disney character, it did not go over well with Disney! In 1956, Disney signed with Aladdin instead...and ADCO stopped producing lunch kits.
4. A new breed of 'character' lunch boxes emerged in 1957. Instead of the square metal TV screen looking box, what shape were they..?

The dome shape was reminiscent of the black lunch pail used by factory workers and field hands in the late 19th century. Aladdin produced a Buccaneer dome with illustrations of pirates, pirate ships and coins. American Thermos had one that looked like a Red Barn..
5. Beginning in 1959, a new material began coating the outside of the lunch box. What was it..?

The vinyl coating over stiff cardboard was supposed to make lunch boxes waterproof and less likely to rust and dent, like the metal ones.
6. In 1962, Aladdin introduced another new lunch box design technique. This technique became their trademark, and was a new way to bring life to the lunch box. What was it..?

They stamped a sixteenth inch relief onto the front and back of their metal lunch boxes. The images stood out!
7. Aladdin passed up the chance to get the Barbie lunch box license. KST (King Seeley Thermos) got that one. So, Aladdin created a Barbie wannabe. What was her name...?

It was not as popular as Barbie....
8. One lunch box manufacturer could not be bothered with licensing characters to put on their boxes. They did give us an unlimited variety of plaid boxes! Who were they...?

They dropped out of the lunch box business in 1985.
9. Around 1972, lunch box manufacturers switched from metal to plastic. This was to cut manufacturing costs, and because crusading mothers thought of metal as dangerous assault weapons!

But...plastic boxes are not as valuable as the old metal ones. So, that hurts too!
10. A famous singer-musician has a large lunch box collection and has written two songs about them - 'There's a Devil in My Lunchbox' and 'Lunchbox'. Who is this person..?

The 'Lunchbox' song confirms the suspicions of concerned mothers ...'I've got my lunchbox and I'm armed real well!' So much for heavy metal...
Source: Author catnippin 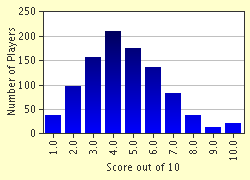 
Other Destinations
Explore Other Quizzes by catnippin