What do you know about women of Italian Art and Literature in the Renaissance?

Quiz Answer Key and Fun Facts
1. Who was the first female Italian painter with international fame in the late 16th and early 17th century?

It was Sofonisba Anguissola, Renaissance painter,(b. c.1530 Cremona - d.1625 Palermo), who was employed as a court portraitist for Philip II of Spain. She was also praised by Michelangelo, with whom she was in contact when she went to Rome in 1554. The Renaissance biographer Giorgio Vasari wrote that she "has created rare and very beautiful paintings."
Veronica Franco (c.1546-1591)was a poet and courtesan of Venice.
Eleonora Duse(1858-1924)was a famous actress.
Sibilla Aleramo(1876-1960)was a writer.
2. Is there an Italian female artist who suffered the trauma of rape and trial in the early 17th century?

Artemisia Gentileschi(1593-1652/1653) was, it seems, raped in 1612, when she was nineteen, by Agostino Tassi. He was an artist who worked with her father Orazio Gentileschi, a well-known Roman painter. Little, however, is known about the circumstances under which
Agostino Tassi was charged for raping Artemisia.
A woman ahead of her time, Artemisia Gentileschi achieved recognition in the male-dominated world of post-Renaissance art and, in an era when female artists were limited to portrait painting, she was the first woman to paint historical and religious scenarios of great dramatic power.
3. Who was the Italian poetess that developed a deep friendship with Michelangelo?

This Italian poetess is Vittoria Colonna(1490-1547), marchioness of Pescara, daughter of Fabrizio Colonna, lord of various Roman fiefs and grand constable of Naples. She had a peculiar genius for friendship, and the sonnets and madrigals that Michelangelo wrote for Vittoria Colonna between 1538 and 1547 are characterized by a great admiration of a superior woman. She wrote amatory and elegiac poems.
Isabella Morra (c.1515-c.1545) was a poet, while Isabella Andreini(1562-1604) was an actress and poet.
4. What was Veronica Gambara famous for?

Veronica Gambara(1485-1550)was famous for her poems, most of which are sonnets, although she also wrote madrigals and ballads.
She was the daughter of the Count of Brescia, in Lombardy. She had an unusually complete humanistic education: Greek as well as Latin language and literature, philosophy and theology.
Of Gambara's writings some 80 poems and around 150 letters are extant.
5. How did Isabella Morra die?


Answer: She was killed

We know very little about this sensitive Italian poetess, born to a noble family in Valsinni, a little village of southern Italy, in a region called Lucania (or Basilicata), which was part of the Kingdom of Naples at that time. Maybe we know more about her death.
We know in fact that in late 1545 or early 1546, when she was most likely thirty-years old, three of her brothers found Isabella in possession of letters and poems from a nobleman who lived in the area and was already married. They killed their sister and the teacher who had brought the letters. Within a year they also killed the offending nobleman and fled to France.
We don't know when Isabella started to write poetry or how much she wrote. The poems that have survived deal with the theme of solitude, as she endured isolation, living away from the humanist circles of a city like Naples, and among people who had no interest in her poetry.
Source: Author maria36 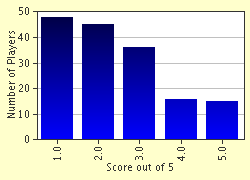 
Other Destinations
Explore Other Quizzes by maria36