What'd They Say?!: The Rhetorics of Ancient Greece Quiz

Effective speaking is a major part of life; the Ancients Greeks knew that well. They studied how they said what they said and why they said it.

Quiz Answer Key and Fun Facts
1. It is generally accepted that there were three main schools of rhetoric competing in Ancient Greece: the Aristotelian school, the Platonic school, and the Sophistic school. The Aristotelian and Platonic schools were named because they followed the dictates of their greatest contributors Aristotle and Plato. But how did the Sophistic school get its name?


Answer: The name loosely translates to "one who does business in wisdom" which was applied to the Sophists.

While Sophists did sell their services, it is believed today that their actual teachings weren't nearly so dishonest and deceitful as the other schools would have liked everyone to have believed. Indeed, many of the Sophists were widely respected scholars.
2. Plato held that the true purpose of rhetoric should be to seek truth. In his work "Phaedrus", he examined the human soul's search to return to the absolute truth of all things, which could only be found in a place beyond the earth's boundaries. Represented by an evil horse, what was it that held back the soul in its pursuit of truth?

Plato valued the pursuit of truth and having earthly concerns detracts from that purpose. In "Phaedrus", the soul's pursuit for truth is represented by a charioteer trying to reach the heavens. There are two horses pulling it, one who is good, the other evil.

In Plato's eyes, absolute truth is within all of us because we all have souls. Our souls have once known the absolute truth of all things, but now that they are constrained to our human bodies, they no longer know what is the absolute truth. By reading texts, you may be able to help find the absolute truth within you, but you cannot simply learn it from others.
4. According to Platonic rhetorical ideas, in which of the following ways should speakers reach the members of any of the audiences to which they might be speaking?


Answer: Offer them universal ideas that apply to all humans.

Universal ideas are those that apply to everyone and are considered true, infinitely into the future. Plato believed that a speaker/writer should offer universal ideas as they allowed the audience members to discover those truths inside them. The speakers would then become closer to their intended audience if they could inspire the audience to believe what they said as truth.
5. In Aristotle's "Rhetoric", he claims that the art of rhetoric includes "the ability, in each particular case, to see the available means of persuasion." Which of the following is not one of Aristotle's three famous modes of persuasion?

Aristotle held that rhetoric was an art that could be taught and learned. As such, the successful rhetorical tools could be classified so that speakers could attempt to know how to persuade well. These appeals are artistic appeals because they required a speaker to invent them artistically as opposed to using proof that already existed, such as a contract or witness testimony.

Aristotle believed that when we try to persuade others by using knowledge we invent, it cannot be based on absolute ideas. As we are human, we can never know the absolute truth of any single issue. All we can do is try our best to know as much about that issue as we can by using the information we have around us.
7. Aristotle believed rhetoric to be an art that can be categorized and learned, and that there can be generic audience situations. By understanding the similarities between different audiences, we can try to guess what techniques will be most effective. What are these techniques in rhetoric called?

Heuristic procedures are, in simple terms, guesses. They use trial and error to see what is the most effective way of doing things. In terms of rhetoric, heuristics can be used to guess what will be the most effective way to address an audience.
8. Which of the following is the correct spelling of the Greek considered to be a Sophist rhetorician and Attic orator (and not to be confused with Socrates)?

Isocrates belonged the to Sophist school of thought, though he often did not consider himself a sophist and even wrote a piece entitle "Against the Sophists". Isocrates and the other sophists traveled the lands of Ancient Greece, charging students who wanted to learn how to speak more effectively.

He believed in a strong commitment to civic duty and in the concept of "fitness for the occasion". This idea suggested that speakers couldn't merely follow basic guidelines for effective speaking in every circumstance, but had to take the speaking occasion into account.
9. Sophistic rhetoric was reviled by the other schools of rhetoric, but especially the Platonic school. In fact, the two schools are often considered opposites of one another. What idea about truth in Sophism was so contrary to Platonic ideas?


Answer: There is no absolute truth; there is only what man deems true or untrue.

Sophistic rhetorical ideas held that there is no absolute truth and that there is always an argument that can be made to contradict something considered absolutely true. For example, a murder can often be justified if it is in self-defense. Only man can make the judgment as ideas of what is true can only be judged by man.
10. In accordance to Sophistic ideas, what would a Sophist proclaim about how truthful the answer to this question is?


Answer: It is only truthful because each of us has decided to declare it truthful.

Sophistic arguments depended heavily upon what the audience deemed true, but truth is dependent upon the person who is doing the perceiving. Based on what we know, we perceive the answer to this question to be true. Confusing, yes, but this sort of thinking doesn't mean that the correct answer to this question isn't correct or that every answer to every question is wrong. Sophism merely holds that with different factors affecting your perspective, the degree of truthfulness of the answer may have been different to you.

Neo-Sophists argue that there are only ideologies as opposed to truths, and that no ideology is better than or more true than other ideologies. In this sense, many have declared that Sophism retreats to the unethical as nothing can be considered good or evil. Most Sophists will tell you that is not an accurate representation of their beliefs, and that most men strive for the good, but that good and evil are merely up to the interpreter.
Source: Author trident 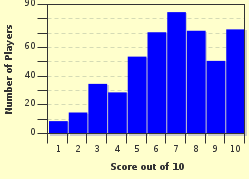