Every one of us has engaged in rhetorical discourse at some stage of our lives. How much about rhetoric do you really know? Take this brief but provocative quiz that will be sure to engage your mind.

Quiz Answer Key and Fun Facts
1. Rhetoric is best described as what?


Answer: The study of the use of language to produce a desired effect

Rhetoric can refer both to the study of the ways in which language is used to produced a desired effect and to the actual language used in that process.
2. Logos, ethos and pathos are examples of what?

When utilizing rhetorical discourse, logos, ethos and pathos are the types of arguments one wants to make. Using these three appeals are effective because they provoke three different aspects for individuals to internalize. Aristotle is credited for creating these categories.
3. The following argument uses what type of appeal, "I want you to look at the defendant and feel the horrible pain his victims must have felt as he robbed them of their innocence. The emotion is too great for words. You must look into your hearts and return with a guilty verdict."

Pathos is an appeal based in emotion. Logos is a logical appeal and ethos deals with credibility, according to Aristotle. Fructose is a simple sugar.
4. A rhetorical question is best described as which of the following?


Answer: A question that needs no answer

A rhetorical question can grab the audience's attention when giving a speech. Let's say you're giving an oration about skiing, an opening line could be, "Have you ever found yourself atop a freezing mountain at 7 am by choice?"
5. Rhetoric formally began in the 17th century.

Rhetoric's roots span far back to ancient Greece where, some argue, Aristotle laid its framework.
6. When doing a rhetorical criticism, Richard Nixon's "Resignation Speech" would best fit under what methodology?

Apologia is a form of genre criticism that occurs when the rhetor comes under attack. Bill Clinton delivered a form of an apologia where he so eloquently said, "I did not have sexual relations with that woman."
7. Kenneth Burke is best known for what method of rhetorical criticism?

A Dramatistic method of criticism explores rhetorical discourse from a perspective that deals with symbolic interaction in language. Burke is considered to be the most quoted person throughout communicative discourse to date.
8. Dr. Martin Luther King's famous "I Have a Dream" speech is an example of a type of discourse.

Discourse refers to any interpersonal communication, written or oral.
9. Who is credited for creating the pentad in rhetorical discourse?

The pentad is a way of classifying certain motives found throughout rhetorical discourse. It consists of: act, scene, agent, agency and purpose.
10. Ontology is the study that deals with the nature of being.

Ontology explores why we do the things we do. It is relevant to rhetoric because to learn certain ontological assumptions about people is to understand what type of appeals might work best to achieve your purpose as a rhetor. It is also known as the study of what makes us human.
Source: Author manofrhetoric 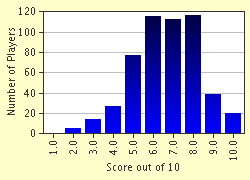 
Other Destinations
Explore Other Quizzes by manofrhetoric