This consists of some easy ones and some tough ones, and I tried to mix quite a few traditions in so that it has some interest for most people.

Quiz Answer Key and Fun Facts
1. After which Greek goddess is the month 'April' thought by some to have been named?

The Romans may have used the Latin word 'aperire' (to open) as the inspiration for the name of the month in which flowers first start to open in the spring. They may also have used Aphrodite, the Greek form of the name of their goddess who has a number of festivals during that month, Venus.
2. Into how many general sections is the Celtic tree calendar separated?

The fourteen sections are named after various sacred trees and plants: Rowan, Ash, Alder, Willow, Hawthorn, Oak, Holly, Hazel, Vine, Ivy, Reed, Elder, and {Birch;} the day of December 23 made up the fourteenth, but lacked a single name (it was more mystical).
3. Which early civilization celebrated the festival of Luna in her temple on the Aventine hill?

Celebrated at the end of March.
4. From what Celtic sacred day does 'All Saints Day' derive?

5. Which of the following groups generally held that the calendar 'day' actually began with night instead of morning?

6. According to traditional lore, which day of the week is the best of all on which to marry?

Monday for wealth, Tuesday for health, Wednesday, the best day of all, Thursday for losses, Friday for crosses, and Saturday, no luck at all.
7. Each Zodiac symbol has a corresponding animal. We all know that Leo has the lion and Scorpio has the scorpion, but what animal represents Virgo?

8. Continuing with the Zodiac and animals, what animal represents Aquarius?

9. After which Roman god is January named?

10. On which of the following dates can the summer solstice (first day of summer) fall? (in the northern hemisphere) 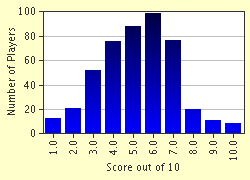 
Other Destinations
Explore Other Quizzes by socratessoul