This 1924 Buster Keaton classic features amazing special effects -- some produced inside the camera.

Quiz Answer Key and Fun Facts
1. When we first see Buster, he's working at a movie theater. He's also in trouble. Why is his boss yelling at him?


Answer: Because he's reading when he's supposed to be working.

With a pile of trash in the aisle, Buster the projectionist/janitor is just sitting there, reading "How to Be a Detective" and examining his own fingerprints.

Watch Keaton's right hand as he grasps the book and the magnifying glass -- you can see where he lost the tip of his index finger as a small child.

Ford West, who goes uncredited, plays the boss as well as Gillette, Sherlock Jr.'s faithful assistant. Like many other supporting actors in this film, West's career was cut short by his untimely death.
2. We meet the girl (Kathryn McGuire), her father (Joe Keaton), and the hired man (Erwin Connelly), as well as Buster's love rival -- the local sheik (Ward Crane). While Buster is in the parlor giving Kathryn his cheap box of chocolates, Ward sneaks in unseen and steals Joe's pocket watch from a vest hanging in the entryway. We later learn that he steals the watch so he can pawn it. What does Ward want the money for?


Answer: To buy Kathryn a big box of chocolates

Poor Buster, with only two dollars to his name, wants to buy his girl the $3 box of chocolates. But after finding a dollar in the trash he's sweeping up, he ends up with only $1, because a pretty girl and a weeping old lady each come looking for a lost dollar. Buster buys the $1 chocolates, but uses a pencil to change the "1" to a "4" in a bid to impress Kathryn.

But in walks Ward with the $3 box of chocolates -- bought with money he got from the theft of Joe's watch. And to add insult to injury, he frames Buster for the theft of the watch.
3. Framed by Ward for the theft of the watch, a forlorn but determined Buster consults his detective manual. "Shadow your man closely," it advises. So Buster does -- almost as closely as a real shadow. But in a nonchalant attempt to pretend he's not following Ward, Buster gets locked in someplace. Where?

In a beautifully-choreographed scene, Buster follows closely on Ward's heels -- even catching and taking a puff from a cigarette butt Ward tosses over his shoulder. After he gets locked in the railroad car, Buster escapes through a hatch in the roof. When the train starts moving, he runs, grabbing hold of the spout on the water tower as the caboose disappears from beneath him. Water gushes out, knocking him to the tracks. He emerges from the torrent and runs off into the distance.

Keaton later learned that the reason for his severe headaches after that stunt was that he had broken his neck. So much for his frequent boasting that he landed like a cat and knew how to avoid being injured.
4. A demoralized Buster returns to the theater, threads the film for the movie, and falls asleep. His dreaming self steps out and checks out the show. The characters turn into familiar people -- Ward, Kathryn, and her father. Unable to wake his sleeping self, the dream self makes his way through the theater and jumps into the movie. What happens to him there?


Answer: It's all rather complicated and involves snowbanks, lions, and a speeding train.

In some shots, the movie really is being projected on a screen. In other shots, the actors are on a stage carefully set up to look like they're being projected. When Buster leaps in the first time, Ward tosses him out. The pianist is unperturbed as Buster rolls across him and onto the floor. The second time Buster leaps into the film, the scenes start changing. For the scene-shifting, cameraman Elgin Lessley carefully positioned both Keaton and the camera from shot to shot to achieve the effect of the scene changing while the man remained in place.

Keaton credited Lessley with coming up with the idea of a small-town projectionist falling asleep and leaping into a movie as a way to use Keaton's idea of a man trapped in constantly switching scenes.

Keaton's secondary cameraman, Byron Houck, was a major league baseball player. Keaton hired him, and other pro baseball players, because he liked to play baseball to relax while trying to solve problems during filming. Having pros on the crew gave the naturally athletic Keaton somebody challenging to play with.
5. The bulk of the movie now takes place within the movie that Buster had been projecting. Buster is now Sherlock Jr., the famous detective. What crime has he been called in to solve?


Answer: The theft of a pearl necklace

The film Buster is projecting is called "Hearts and Pearls", a production of the Veronal Film Co. The name of the production company was a gag -- Veronal was a sleeping pill.

We quickly learn that Ward, who is in cahoots with the butler, has stolen the pearls.

Ward Crane lucked into film based on his good looks. His promising career was cut short when he died of pneumonia in 1928. Erwin Connelly, who plays the butler and the handyman, was a former vaudevillian who also played the quarrelling husband in "Our Hospitality" (1923) and the clergyman in "Seven Chances" (1925). He, like Crane, died young, in this case from an automobile accident in 1931.
6. Buster, now the debonaire Sherlock Jr., arrives to solve the crime. Ward and the butler make three successive attempts to kill him -- with a poisoned drink, with a decorative ax rigged to fall on him, and with what else?

First Sherlock Jr. graciously hands the (poisoned) drink he was offered to Ward, forcing the butler to pretend to notice some impurity in the drink. Sherlock Jr. spends most of the rest of the scene shooting around (and at one point, over) the deadly number 13 ball (in continuous shots, not cut shots) before it's revealed that he switched the ball for a normal one. Only after Sherlock Jr. leaves does the Ward nearly get axed himself with the trap set for Sherlock Jr. The butler nearly gets killed himself, when he nearly downs the poisoned drink. As for Sherlock Jr., he takes the explosive ball with him.

An urban legend that billiard balls, being made of nitrocellulose (which was unstable during manufacture), could explode during play might have influenced the decision to make an exploding billiard ball part of the plot.
7. How does Sherlock Jr. find Ward's secret hideout?


Answer: He drops into the back of Ward's car.

In a beautiful shot, Sherlock Jr., who has been trapped on the roof by a cunning Ward, runs along the roof, grabs hold of an upright railroad crossing gate, and rides it down into the back of the car as Ward drives away. And as the car goes past, we see that Sherlock Jr.'s man Gillette has perched in the spare tire and is carrying some sort of case with him. We'll see later what it's for.
8. Sherlock Jr. deliberately allows himself to be captured by Ward and his gang of thieves. This gives him a chance to learn that Kathryn has been kidnapped (and where she's being kept), and to grab the stolen goods. His escape is tricky -- a dive through a window, a dive through his assistant's stomach, a mad dash, and finally a motorcycle ride. What's so unusual about the motorcycle ride?


Answer: He's on the handlebars with no driver.

First he dives through the window into a disguise that Gillette, his assistant, had prepared for him. Elgin Lessley dissolved the wall in the camera so we can see Keaton dive into the thin paper case as Sherlock Jr. and come rolling out the other side disguised as an old woman. One goon, spotting him again a few moments later, recognizes him and gives chase. Sherlock Jr. runs, but is cornered. But Gillette offers escape in his peddler's costume. Sherlock Jr. dives through his tray and his stomach. Finally, Gillette, coming by on a motorcycle, offers a ride. But they hit a bump and Gillette falls off (with Keaton serving as stunt double), and Sherlock Jr. goes through the rest of the hair-raising, stunt-filled ride unaware that he's alone on the bike.

Sherlock Jr. leaves some doubts to his skills as a detective when he twice fails to recognize his trusty servant, by the way.
9. Sherlock Jr. manages to rescue the girl. They steal one of the thieves' cars to escape. The crooks give chase in the other car. But Sherlock Jr. manages to get rid of them -- only to have the body of his car fly off the frame and end up in the lake. How does he deal with this?


Answer: He puts up the roof of the car and uses it for a sail.

At first Sherlock Jr. sails along gallantly, returning the stolen pearls to Kathryn and putting his arm around her. But the car sinks underneath them. Sherlock Jr. grabs Kathryn and starts swimming to shore -- only to fall off his stool and wake up as Buster.

The gag of the body of the car coming off the frame was also used by Keaton in "One Week" (1920). And he does do some rowing in an odd situation elsewhere -- he rows his horse across a lake in "Hard Luck" (1921), paddles along in a bass drum in "The Play House" (1921), and paddles a floating railroad tender in "Our Hospitality" (1923). He holds Kathryn in his arms as they sink to a (presumed) watery grave in "The Navigator" (1924). He succeeds in rescuing his love interest from drowning in "The Cameraman" (1928).
10. It's time to end the movie, and thus the dream. Buster is awake again, back in the projection booth at the theater. He was victorious -- sort of -- in his dream. And to keep the symmetry, he needs to be victorious in his waking life as well. Who vindicates him?

Kathryn had thought to take the pawn ticket -- which Ward had used to frame Buster -- to the pawn shop, and ask the pawn broker who had brought the watch there. He had described, and identified, Ward. So when Buster wakes up, Kathryn comes in and apologizes. Buster, looking to the screen for guidance, resumes his romance. The end.
Source: Author ubermom 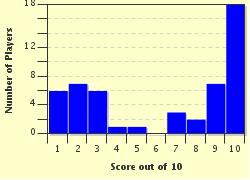